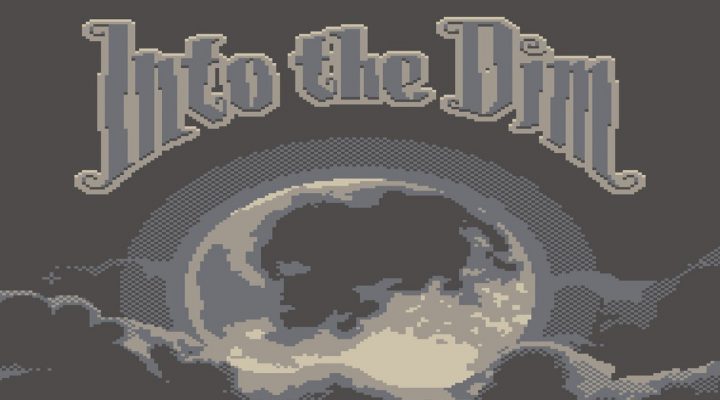 Audio and visuals come together to deliver a proper, retro theme.

The original Game Boy was a bit before my time. I grew up with a chubby, purple Game Boy Color stuffed in my pocket. Endlessly playing Pokemon Blue, I’d say I spent more time with that system than any other mobile gaming system until I bought my iPad nearly two decades later. Ironically, here I am, playing a game that was designed to look just like it should be played not on a Game Boy Color, but on the original gray-brick Game Boy.

Into the Dim sports the tan, gray, and black colors that Game Boy games utilized, a restriction of the technology at the time, and the game even features music and sound effects that limit it to the same scope of what Game Boy games had to work with.

So if you’re easily wooed by retro gameplay experiences on modern devices, watch out, because Into the Dim is going to get you. But that may not be such a bad thing. 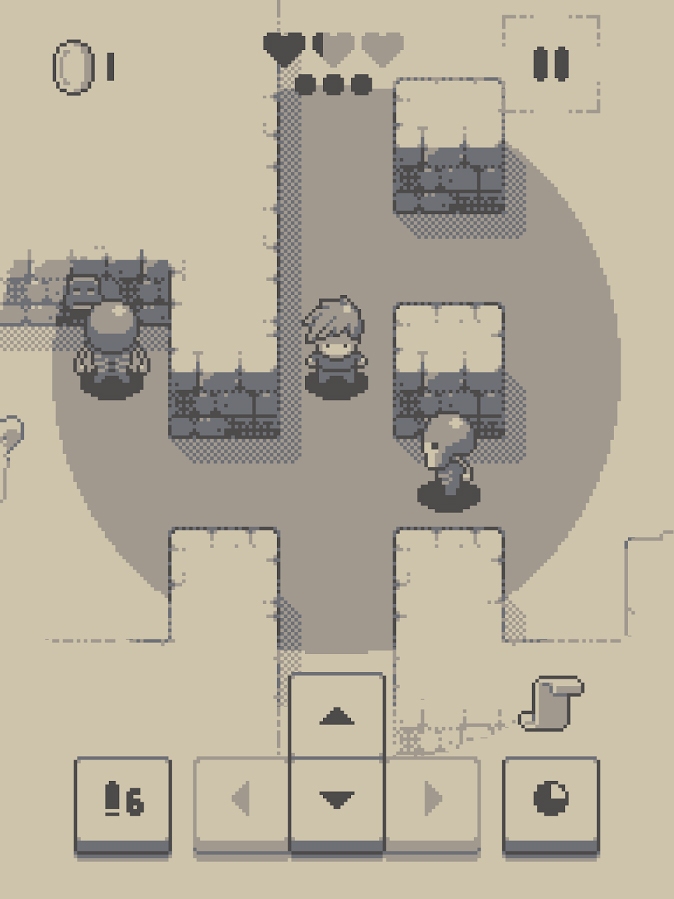 Happymagenta’s iOS dungeon crawler has players venturing into a dimly-lit dungeon in search of their dog, who excitedly ran into the dungeon’s bleak depths. Featuring turn-based controls, players have three actions that they can complete per turn. Movement buttons allow the player to spend one action to move, or if an enemy is within melee range, they can simply move into that enemy to initiate an attack. Alternatively, players have the option to switch over to using a gun and can remain stationary while shooting at any enemy within range. Only a certain amount of bullets are available each turn though, so players should only shoot enemies when absolutely necessary.

Into the Dim is a rogue-like, so when you die, you must start all over again. Players do get to keep their gold coins from previous runs, and use those coins to upgrade their stats like increased health or increase the number of bullets they can take with them into the dungeon. The layout of the levels are the same, so once a dungeon level is completely scoped out you can anticipate to find the same hidden stashes and health refills in the same spots.

While knowing exactly where to go from level to level is convenient, if you get stuck on a particular dungeon, having to constantly go through the same content over and over is boring. Not to mention that the characters say the same things over and over. “Hasta la vista, baby,” or, “Pwned!” being some of the particularly uninspired quotes.

Adding to the frustration is the fact that it never felt like I was earning enough coins to justify playing through the same content over and over. After the initial upgrade for each stat, the next upgrade costs twice as many coins. You can pickup  handful of coins just for checking into the game every few hours, but I still felt like Into the Dim was nudging me a little too hard towards buying their in-app purchases. Not to mention that you have to pay coins to refill your health, something I don’t recall ever seeing in a game before.

Into the Dim just didn’t feel like the kind of game that will keep my attention for much longer. I had hoped, when I started playing it, that the first few levels were just dull because they were supposed to be easy, but it seems like the rest of the game echoes that experience. If you’re really into playing games that look and sound like a retro gaming experience, or dig turn-based dungeon crawlers, Into the Dim could be worth your time. If you don’t fall into either of those two camps, you’re better off skipping this one.