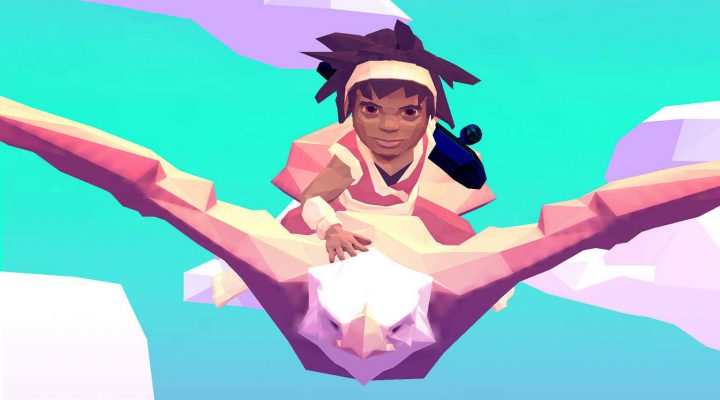 Important message about feeding the soul

A little too simple

Takes a while to show off

Infinite Skater has lofty ambitions for what’s essentially an endless runner. As its App Store description explains, it’s all about pursuing a psychedelic adventure of spiritual awakening while skateboarding. Except it doesn’t really feel like it. At times you’re making offerings to spirit animals, but really, that’s more a matter of simply collecting gems just like in any other endless runner.

It’s not that Infinite Runner isn’t fun, but it doesn’t fully embrace its potential. 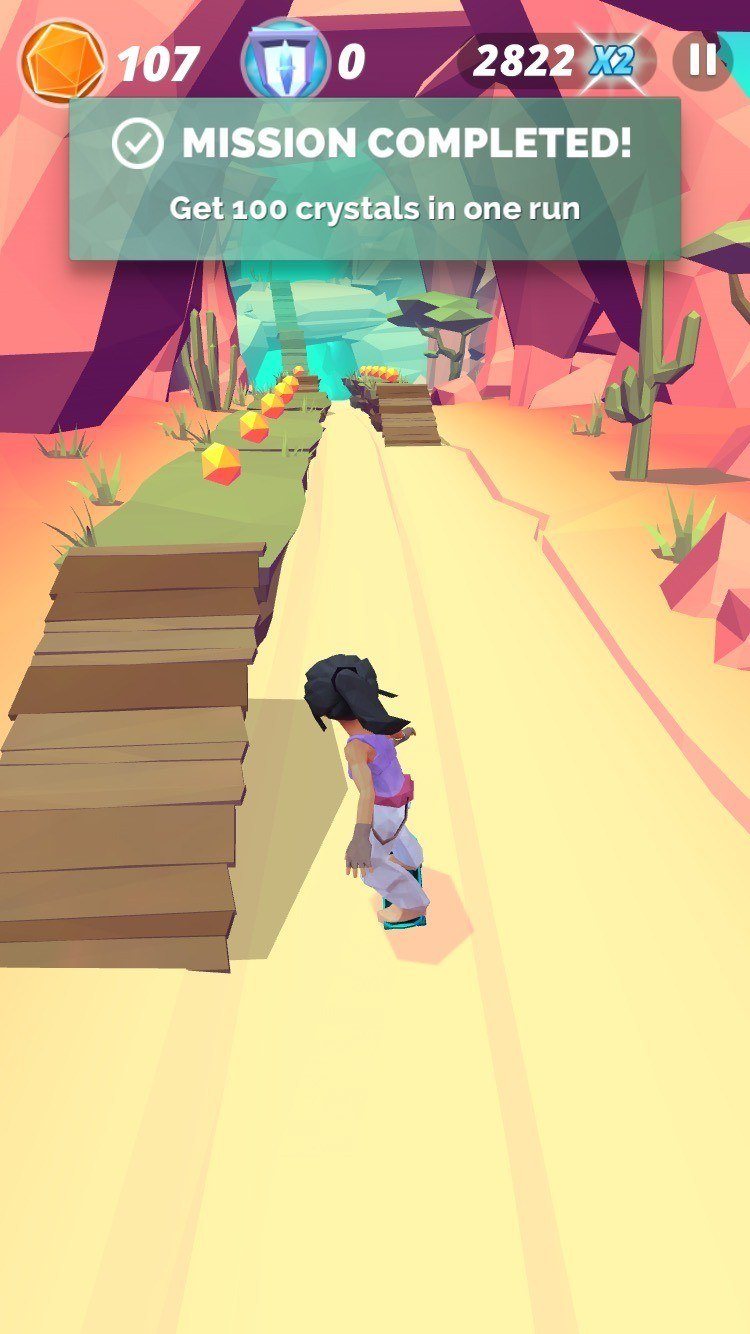 You start out with a choice of two characters – one male and one female. It doesn’t really affect how the game plays out, merely changing the character models you deal with, but it adds a certain element of personalization to the experience. Controls are fairly typical of the genre so a brief tutorial is all that’s needed. Swiping to the left and right moves you around the screen, while a swipe up has you jump and a swipe down causes you to duck. It’s all reasonably intuitive, which is handy, as Infinite Skater builds upon its initial pace.

Each session is different from the last. Sometimes, you’ll be given the opportunity to grind across rails and dodging spikes; another time you’ll be leaping over bulls charging your way. Infinite Skater isn’t a game for relaxing with — you need to keep an eye on what’s going on at all times.

As you progress, you’ll pick up gems along the way. These gems can be used to buy upgrades, such as a booster to extend the life of a power-up or a new skateboard to gaze longingly at. They’re not the most exciting of upgrades, but they are handy in the long run. You can also use the gems to grow grass to feed the spirit animals, which ties into the game’s theme of spirituality and wonder. Eventually you can use these spirit animals to your advantage, too. You can ride an eagle in the sky or control a wolf on the ground. The same controls apply, but it feels pretty cool. This is also when collecting all those gems finally pays off, and Infinite Skater feels more like it’s embracing its true idea.

Infinite Skater also looks quite gorgeous. There’s a kind of cel-shaded quality to its action, which is quite distinctive and fits into its bohemian feel. The visual style is complemented by an appealing soundtrack, enticing you into feeling like you’re setting out to complete some fantastical goal.

Ultimately though, Infinite Skater is still a little on the shallow side. At its heart, it’s always no more than a fairly typical endless runner, having you avoid the usual bunch of obstacles in the customary way. Perhaps most importantly, its drip feeding of content is quite slow, meaning you’ll be wishing there was more to see early on. It gets there, and the theme of feeding your spirit is a refreshing one, but no one could blame you for giving up early on. Its message might be an important one, but it’s clouded by all-too-familiar gameplay.