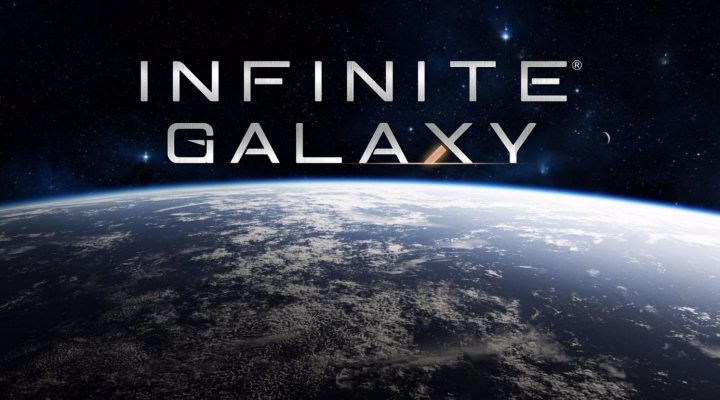 A huge game with loads to do

Easy to get addicted to

Writing is sometimes a bit sloppy

Infinite Galaxy is a resource management with a deep space twist that fizzes and pops in some really exciting ways. It’s got pirates, it’s got evil empires, it’s got massive lasers that you’re going to use to blast your foes out of the sky. It’s about exploration, colonization and leaving your mark on the blank canvas of the universe.

The game starts out with you discovering an abandoned flagship. After a few tutorials that walk you through the basics of the game, you’re left to go discover everything the game’s enormous cosmos has to offer. You’ll need to collect resources, defend your spaceport, hire new workers and much, much more.

Games like this live and die on their UI – and Infinite Galaxy ticks that box pretty darn well. There are loads of menus, but they’re all laid out in easy to understand ways. Discovering new chunks of the universe is as simple as poking the screen a few times to send out your scout fleet.

You’re going to spend a lot of time researching and developing new technologies to toughen up your spaceships, strengthen your space station and generally make yourself ever more powerful. There’s always something to do, and the game chucks regular rewards at you for the first few hours to make sure you’ve got everything you need to increase your galactic influence.

The graphics here are particularly good and they make the epic space battles all the more epic. Most of the scrapping is automated – you control where your flagship goes and when it fires its special weapons. Smaller ships swoop around, laser fire flashes in the gloom and massive explosions flare up in particularly pleasing ways.

Sure, there isn’t the engagement you’d get in a more involved RTS, but there’s enough here to keep your attention. The battles never last that long either – after a couple of minutes you’ll be back managing the various elements of your increasingly large intergalactic empire.

Joining up with other players is as simple as joining an alliance. You’re going to want to do that as well – single players are isolated, and if a larger player decides they want to attack you you’re not going to have much chance, especially early in the game. Teaming up is a great way to grow quicker and get support.

There’s a story that pushes things along, all about an evil empire and a band of plucky heroes teaming up to try and take it down. It’s not the deepest narrative, and some of the writing leaves a lot to be desired, but it’s enough to keep you pushing on to find out what happens next.

Infinite Galaxy is one of those games that’s going to get under your skin. It’s deep, it’s engaging and you’re going to find yourself jumping in day after day to keep spreading your galactic influence. It might not be the most original game in the world, but there’s still a huge amount to do, and you’re going to have a pretty damn good time while you’re doing it.