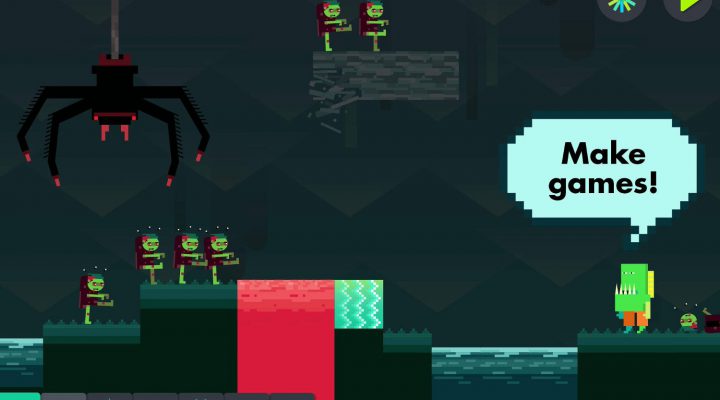 Make your own games, fast.

A bit too complex in some places.

But a little too simple for older builders.

Infinite Arcade isn’t really a game. Well, it sort of is. Technically it’s a collection of games — but they’re not the draw here. The draw is the fact you can edit those games, creating your own versions of them, or letting your imagination run free with a blank slate.

Ostensibly the app is focused at younger gamers, putting its emphasis on creativity rather than challenge, and giving kids a look into some of the fundamentals of level design by letting them get their hands digitally dirty.

That’s not to say there isn’t fun to be had here if you’re well past the age anyone might describe as “young,” but the simple nature of the level editors might mean older tinkerers will wander off to play around with something else a little quicker. 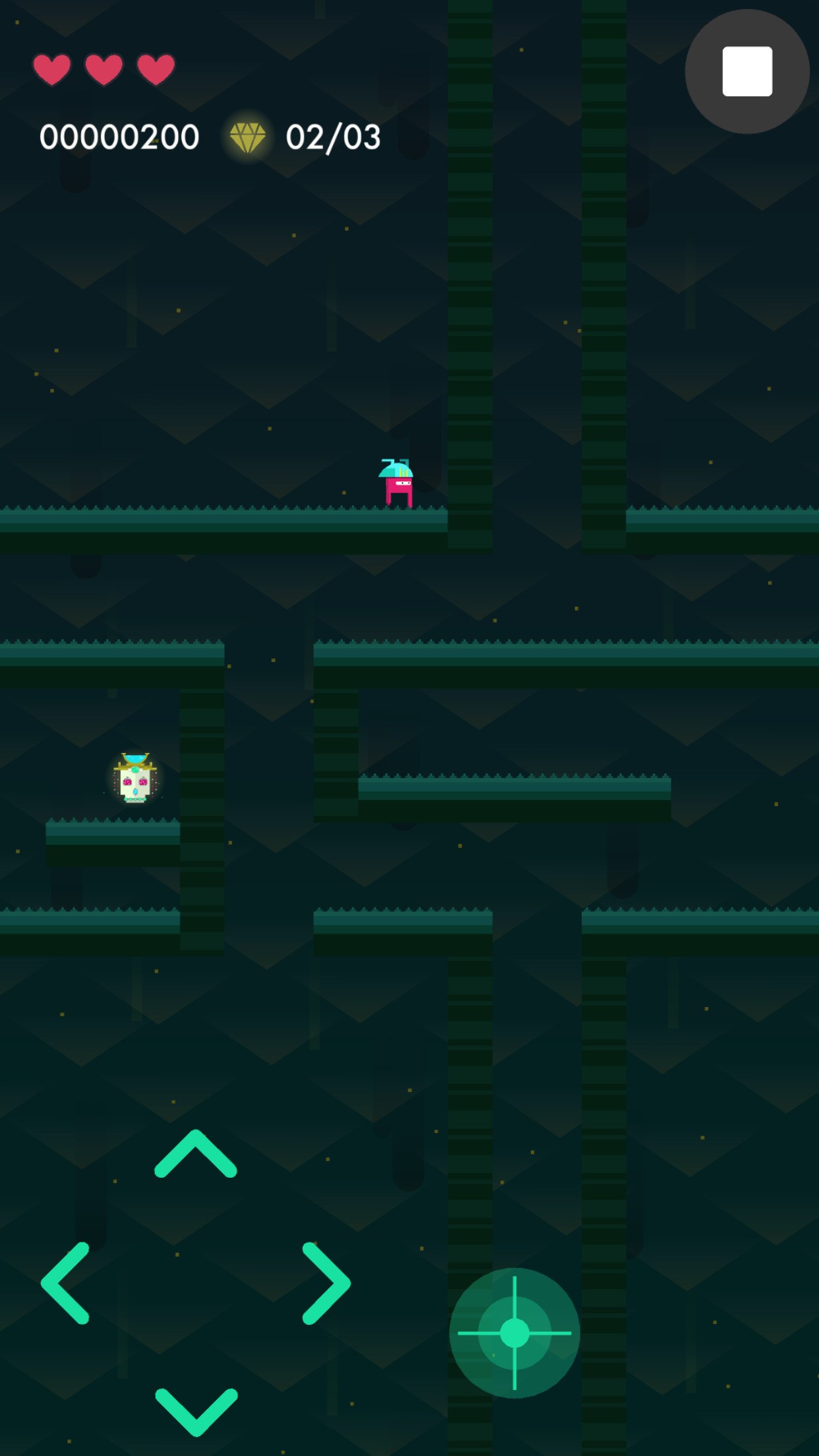 You’ve got a choice of four different game styles to play around with – platformer, block-breaker, pinball, and a sort of Pac-Man riff with toggled gravity. Each of the four has a template you can poke around with to get to grips with the editor.

Although to be honest it’s not that tough to get to grips with. Most of the controls are along the bottom of the screen. Adding and removing pieces of scenery and game elements is as simple at selecting one and then painting it onto the level. You erase things in a similar way.

There’s not a massive amount to choose from, but if you’re willing to put the time in you’ll be able to create something unique and impressive. It’s really a case of experimenting with what the app has to offer, poking things around, and seeing what works. 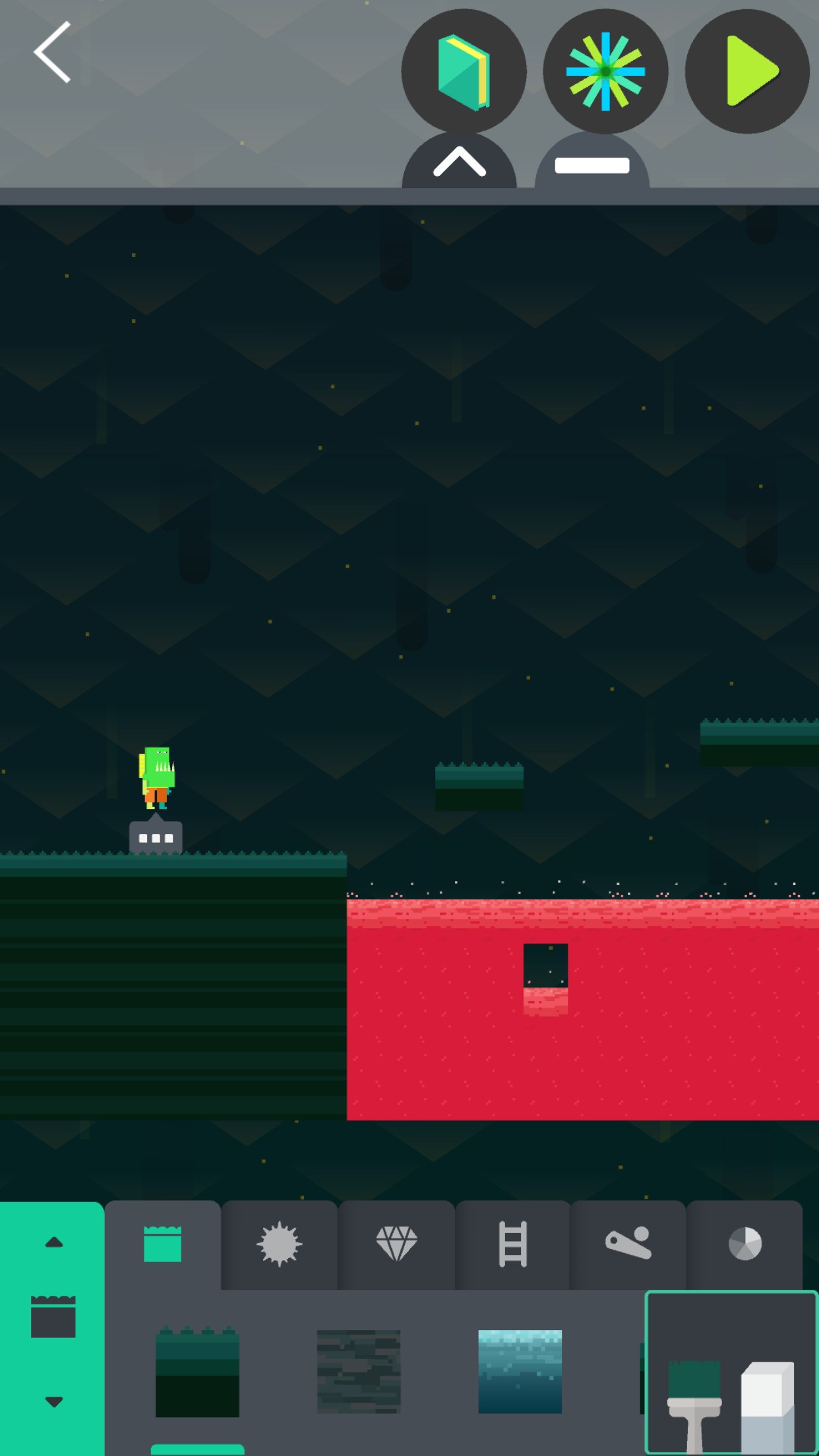 Tapping the play button in the top right hand corner lets you jump straight into a newly built level, so you can see what’s working and what isn’t. You can tweak the success and failure screens by tapping the button that looks like an explosion. You’ll find the options for setting the way gravity works and changing the number of lives a player gets in there too.

Changing the size of the play space is a little fiddlier – you drag buttons around, and can set whether hitting the bottom will kill you or send you tumbling back at the top of the screen.

There’s definitely scope here for creating some really interesting things, adding sounds and events, and even berating the player if they get something wrong. But compared to the likes of Minecraft, that scope is a little on the limited side. You’re not exploring and manipulating a world, building whatever tickles your fancy as you go, instead you’re tinkering with a large but limited set of rules and tiles. 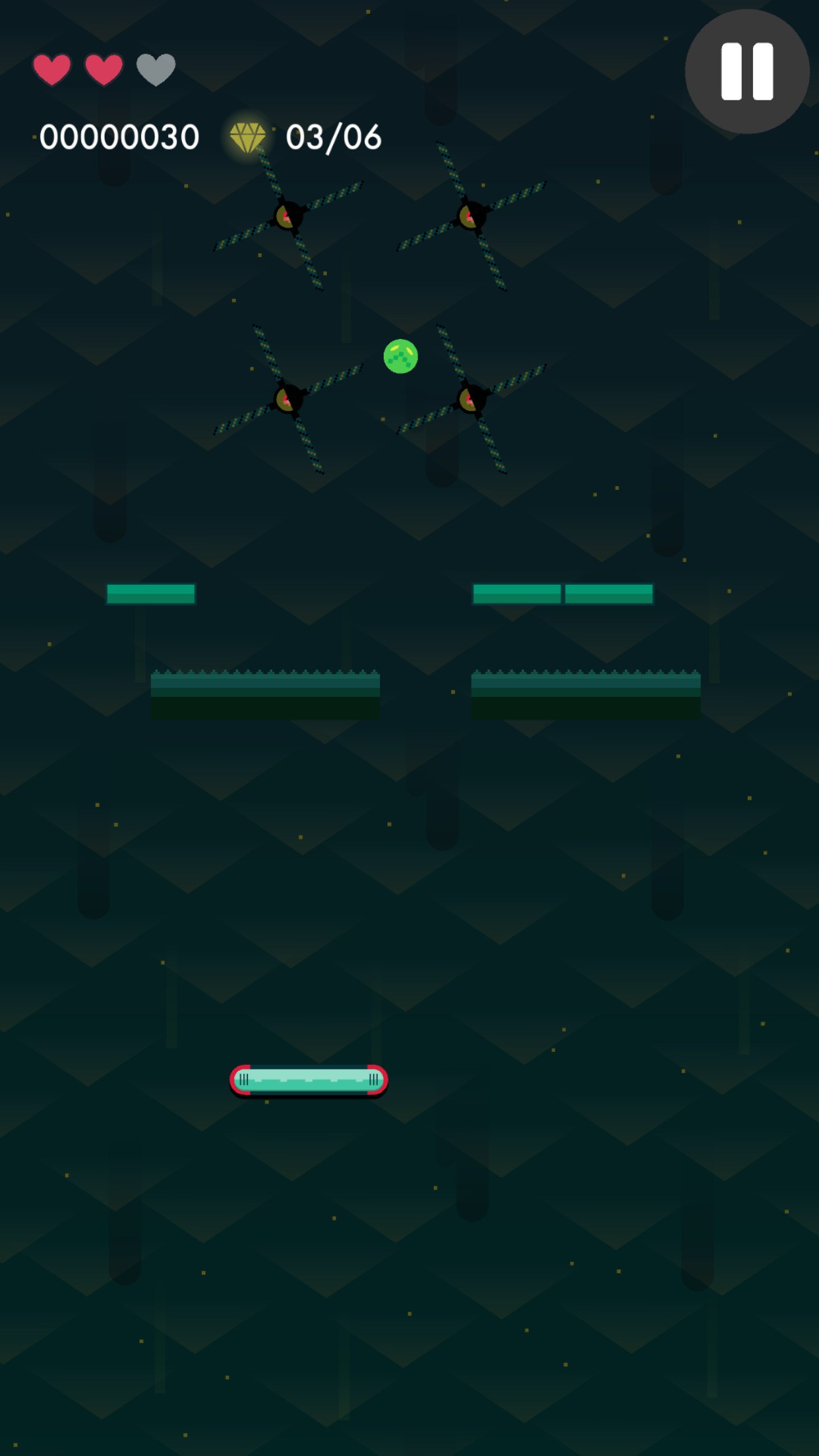 There is a manual that breaks things down into easy to understand lessons, and parental controls so you can ensure your kids aren’t doing anything they shouldn’t be, but the core of the experience is still sometimes a little on the daunting side – here’s a blank screen, try and make something cool. Sure there’s no time pressure, and there’s nothing to stop your imagination running reasonably wild, but that first step is going to be a slightly tentative one, which might lead to the second and third steps being abandoned for something a little less strenuous.

On the other hand, if you’re looking for something to play with your kids, that’s educational as well as entertaining, then Infinite Arcade is definitely worth a shout. Stick it on your device and have a crack at creating something together first, and your kids are far more likely to pick up the more complex aspects of the app and start their own adventures in game making.