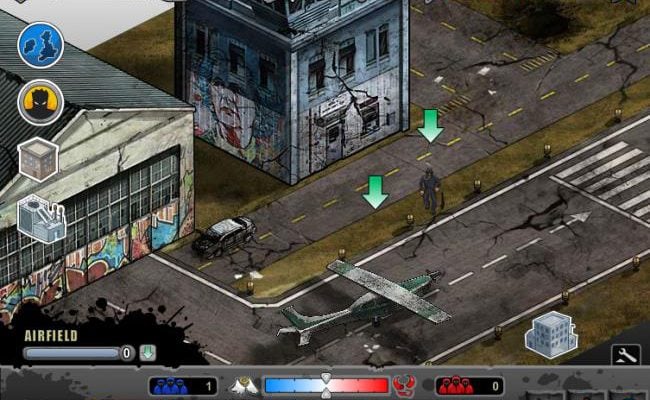 inFamous Anarchy isn’t nearly as electrifying as its theme

Life hasn’t been good for inFamous Anarchy, the Facebook tie in to the recently released Playstation 3 game inFamous 2. There was supposed to be all kinds of cool cross platform unlocks and progression between the two games, but just as the game was coming out the Playstation Network was taken down by hackers and stayed that way for weeks. Once service was restored the world largely forgot about Anarchy’s hooks.

Some of the best heroes tread the line between supreme morality and deep depravity. Of wielding super powers to empower the masses or put them in their place; the chance to fix the post apocalyptic world you find yourself in or to destroy it even further. Sometimes you even need to fight a crazy sea monster that’s appeared on your doorstop. Just another day in the Facebook world of Amp City.

There’s in-game money, real world money, power, meters to gauge yourself by… all par for the course. You can plant and harvest amps to power your buildings, and then harvest the buildings for power. All this takes energy of course and when you’re all out you can either buy more for real world cash or just come back later. Again, par for the course. 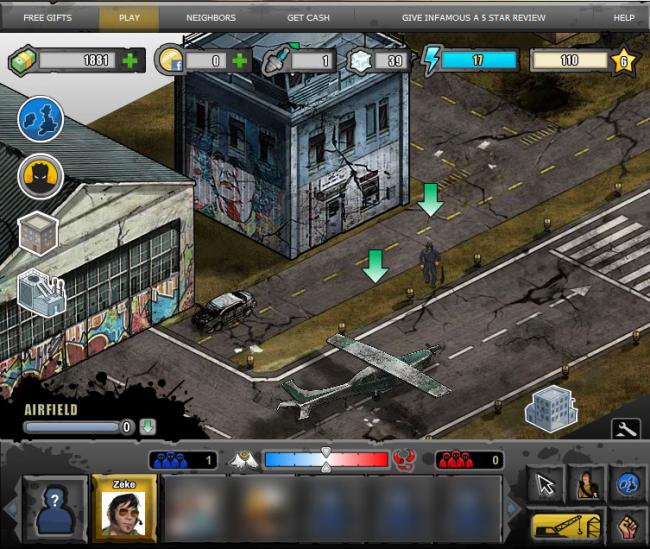 There are a variety of quests in the game that get fed automatically to you as you complete them, and give you tasks like building certain buildings or defeating monsters. The quests are varied and mean that you’ll always have a number of objectives to shoot for in addition to the mundane plant, harvest, repeat, mantra of the game.

One of the cool quests give you the option to fight against other players on their home turf. The fights are automatic, but they do bring the morality meter. Who choose to fight will reflect on your good/evil meter, which builds up over time as you follow a virtuous path or lead an evil life.

inFamous Anarchy also has incorporated an interesting crafting system where you can use items that you find around the world in the course of building things or killing guys to craft new items. You can skip these crafting steps if you want to just pony up real cash, but it offers those of us that don’t like doing that a chance to get the same high level items by earning them. 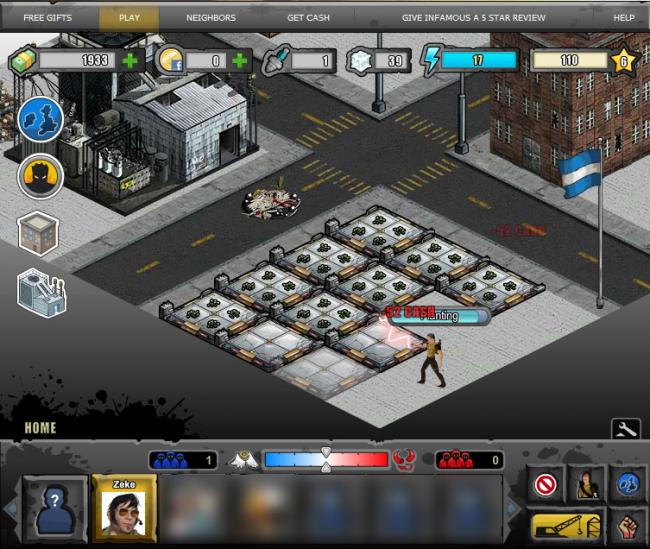 The paint-by-numbers gameplay makes it feel like the developers simply looked over other popular Facebook games and took a little but out of each one. Most of the game elements here are jlifted right out of games you’ve likely already played.

Th plan is to get you playing this if you like inFamous 2 on the Playstation 3, not the other way around. At least I hope that’s the plan, because inFamous Anarchy isn’t nearly compelling enough to lead you to the full retail product. It just seems to exist as a way to keep you in the universe, and feed you some unlockable content in the Playstation 3 game.

Here’s the best way to sum up how I felt while playing inFamous Anarchy: there were numerous times I thought to myself I’d have stopped playing this by now if I weren’t reviewing it. With so much familiar to those of us that have played Facebook games, there’s just no compelling reason to play, unless you really want those inFamous 2 unlockables.