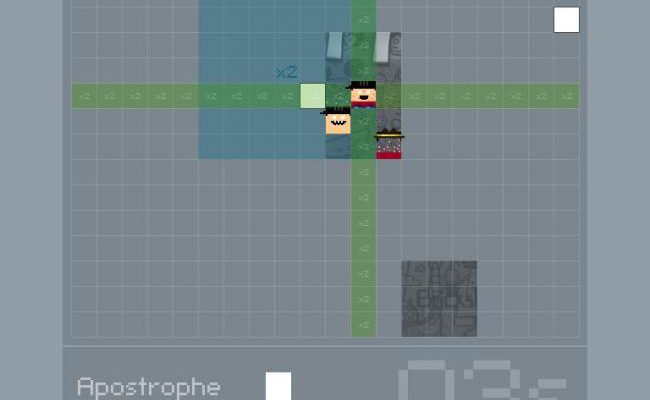 Because indie pixels are SO much cooler than mainstream ones

Whoever thought that a mass online mobile game about tiny pixels could be both so unique and so endearingly fun? The core of Indie Pixel plays out on a giant game board that looks like a fresh Minesweeper game, or a big sheet of graph paper like the kind you probably used in math class. Your pixel represents a single square on this grid, with a handful of other pixels being controlled by online players from around the world. You move around in the game by simply sliding your finger on the screen to move up, down, left, or right, one block at a time. And if you put in the effort to learn the ins and outs of its premise, the game quickly becomes a truly addictive representation of the way we succeed (or fail) at communicating with others.

Of course when you first start out, the game doesn’t exactly dish out the clearest instructions in the world, and so you’ll be forced to come to grips with what you’re actually supposed to be doing in the game on the fly. So here’s what I’ve managed to deduce after a few short stints of confused trial and error: at the start of each 10-second round, a different shape will pop up in the corner of the screen that you’ll have to make with the help of other players and their pixels who are currently playing the game. I get the impression that everyone gets the same shape at the same time, although like most things in Indie Pixel, the specifics are always just a little too vague. The shapes themselves are simple enough, though, with some only requiring a mere two pixels to complete, and others being a bit more intricate with upwards of four. Point multipliers will also occasionally highlight certain areas of the grid, and if you’re successfully able to form some shapes under those changing parameters in time, then the rewards will be big. 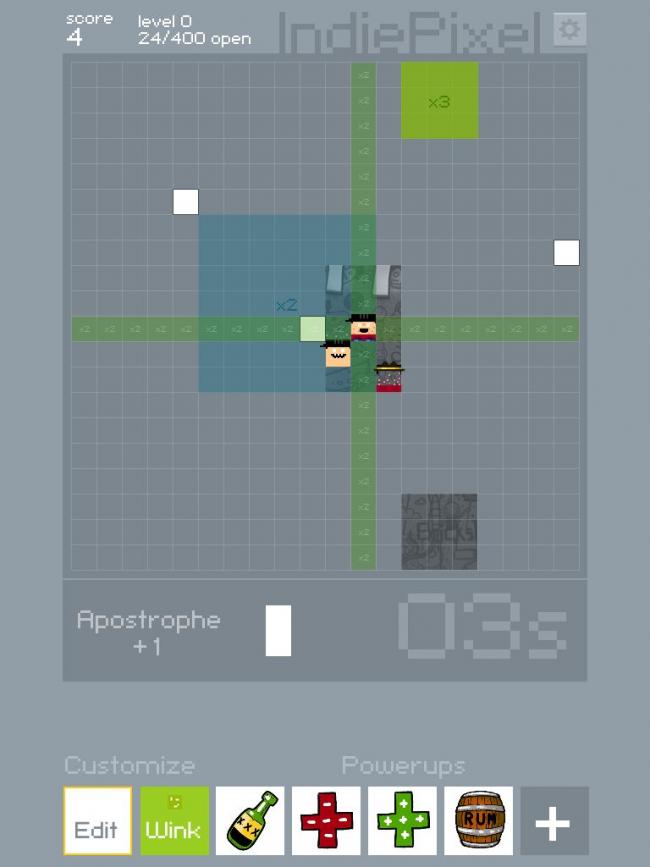 But the sheer fun of the game comes in your limited form of communication, and the way you’ll need to use the basic command of winking (your pixel just sort of emits a little aura of light around it) to interact with one another in an intelligent fashion. For instance, if I need to form a little staircase shape, there’s no way to say “I’ll get the top of the staircase!” You either move there yourself, move back if someone else decides to move there at the same time, or let out a sigh of exasperation as you both move back towards the top once again as time is quickly running out. You and your fellow pixels must be in the final formation once the countdown timer reaches zero for your shape to register and points to be rewarded, before the next shape is conjured up at lightning fast speeds (again, another thing I had to figure out on my own). It’s a hard-knock life for people in the pixel world, and you’ll rarely have a moment to get a breather before the next round begins.

The appeal of making shapes is that each time you do, a small area of squares around your completed shape gets filled in, to form 1/400th of a larger picture that’s hidden underneath. Thankfully, you’ll be able to uncover a good number of these squares with each completed shape, and revealing the full grid advances you to the next level, where another blank pixelated canvas awaits. Not only is this a cool incentive to keep playing the game, but it also adds another layer of strategic depth to the overall experience: if I only have the top left corner of my game board still covered, how can I use the power of winking to persuade my pixel brethren to join me up there to form the next shape, when in actuality they’re probably trying to do the very same thing on another area of the game board as well?

To make things even more interesting, you’ll also be able to utilize a number of fun power-ups in Indie Pixel to gets those grids uncovered with relative ease. Power-ups include everything from beefing up your pixel so that it takes up four grid squares instead of one for a short amount of time (which allows you to form some basic square shapes completely on your own), to turning into a pixel Pac-Man and eating some of your pixel pals so they have to wait an extra turn before regenerating; although I’m not really sure yet about the benefits to this last one. And as if that wasn’t enough, you’re also able to completely customize your tiny pixel, so that the game isn’t just a bunch of same-looking white squares sliding all over the place and winking until there’s no tomorrow. The character customization menu is surprisingly quick, varied, and deep, with the ability to add everything from eyes, to hats, to even freckles. 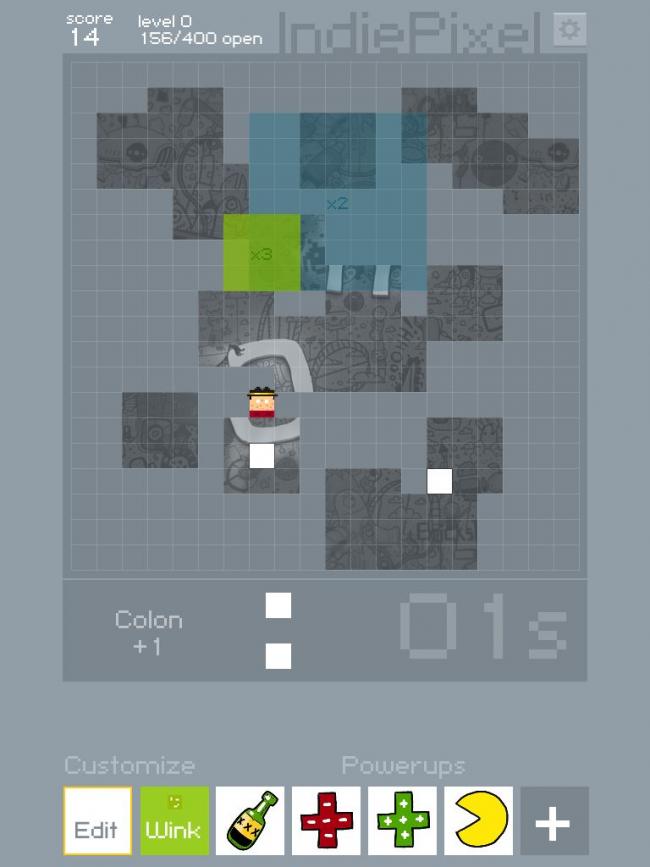 But as with any multiplayer-focused game, a lot of the time your experience in Indie Pixel is directly related to how many other people are playing at the same time as you. The majority of my time spent with the game was in the days prior to its full App Store release, when myself and two buddies were able to dominate the entire game grid from time to time. A small pack of players like this is still fine, and if you’re really running low on pixel playmates, I think the game will provide you with one or two stock white blocks that you can maneuver around to form some of the bigger shapes (again, I think). But the real fun came when I started playing after others got to download the game as well, when there were all sorts of varied looking pixel people sliding around all over my screen, and the franticness of communication became unlike anything I’ve ever got to experience in an online mobile title before.

In the end, Indie Pixel is a truly unique, if not completely innovative way to play a mobile game online with others. While the premise is deceptively simple, there’s just something so rewarding about effectively communicating with other players through a single, non-verbal gesture and achieving your goals together. If you can deal with the lack of instruction or explanation in the actual game, then there are just enough twists and variety to the core gameplay that you’ll never get bored with simply forming shape after shape with your friends, and it’ll definitely make you want to keep your pixel pal coming back for more.