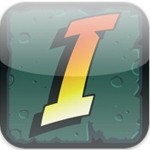 Indiana Jones seems like a franchise that’s just begging to be in video games. The action, the stories, the humor – it seems like a perfect match for the modern gamer looking for some excitement. Yet with the exception of a few brilliant LucasArts adventure games that came out nearly 20 years ago, every attempt at bringing Indy to our digital universe has been a dismal failure. Given these circumstances you can imagine our surprise when we stumbled across Indiana Jones and the Lost Puzzles, a gem of a puzzle game that manages to capture the charm and spirit of the Indy franchise without sacrificing a moment of gameplay.

Indiana Jones and the Lost Puzzles isn’t like anything we’ve seen before in the world of puzzle games. Gameplay here isn’t just about matching colored tiles, but creating massive chains of them. Unlike most games about matching colored pieces, things don’t need to be touching here; they just need to be in the same row or column. Indy can swing over blocks that don’t match to reach the ones that do. Each tile he lands on adds it to the chain. It’s a simple mechanic, but it serves as the cornerstone of a robust package that features eight entirely different styles of play.

The game itself is broken up into three modes; classic, advanced, and Ruins of Adventure. Classic is the simplest of these forms and has you racing against the clock to eliminate a certain number of colored tiles from the gameboard. Advanced introduces the additional styles of play, each using the same mechanics but with a different objective to shoot for. Some puzzles will force you to avoid certain colored tiles. Others will have you attempting to form a chain of a certain length. More still will turn previously chained tiles into obstacles.

For a puzzle game designed around a single simple mechanic, the variety here is staggering. Ruin of Adventure includes all of the modes from advanced, but provides you with a beginning and an end, unlike the endless gameplay of the other modes. It’s a shame that Ruins of Adventure didn’t feature a story – it’s the only thing that’s really missing to make this Indy vibe complete.

With or without the Indiana Jones franchise attached, Lost Puzzles would be a tremendously fun game. But to make the Indy element feel natural the game needed to make some smart choices about presentation that went beyond music and graphics. Thankfully, key gameplay elements here felt decidedly Indy. When moving a distance greater than two squares you’ll break out your whip and swing into position. If you see a snake wandering around the board you can’t go over it as Indy’s too scared of snakes. Spikes come out of the floor, golden idols need to be collected – the whole package is everything an Indy puzzle game should be.