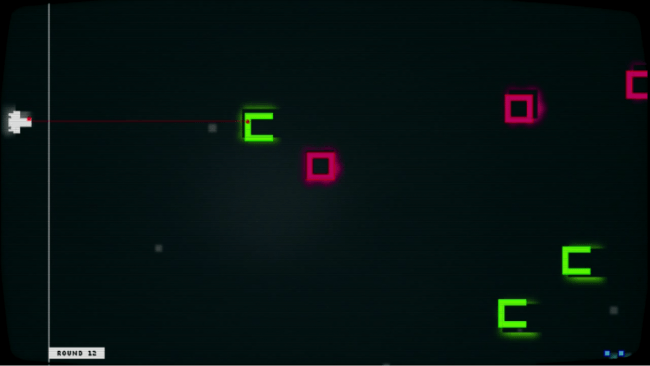 Everything is pixelated… IN SPACE!

Starting off a review with a rhetorical question might be a little passe, but here’s one anyway: Can a game be unabashedly retro yet forward thinking at the same time? Actually that might not be rhetorical, because in Space by the one-man indie shop Ysty Games qualifies on both counts. It’s a quirky space shooter that marries a minimalist aesthetic with challenging and potentially unlimited gameplay, pretty much taking less is more to a whole new plane.

On second thought, minimalist might not be strong enough of a word to describe my first impression. I almost literally didn’t know what to do when I first fired up in Space,left somewhat dazed bygraphics that are somewhere between Pong and eight-bit and a lack of directions of any kind. At least it was easy to tell it was indeed a space game of some kind thanks to music that reminded me of standing in the queue to Space Mountain in my youth. Think future as viewed from the 1980s.

Eventually I realized that one large white pixel was my cursor and I made my way to the manual to see what was what. True to developer Edward Curtis-Sivess’ word, the game is really a marriage between match-three and a side-scrolling shooter. You move your ship up and down with your mouse while geometric shapes called the Gememies rush at you from the right. A left click fires bullets, while a right click activates your special weapon. In your starting ship, it’s a beam that can take out any Gememy it touches in a straight line before needing some time to recharge.

Sounds simple, but there are multiple catches. The biggest one is the line on the left side of the screen, which the game says is a barrier. It moves forward every time you miss a shot and when you decide to blast Gememies indiscriminately. The correct method is to shoot at least three of the same color Gememy in a row (there’s that match-three part), which moves the barrier back a short distance with each subsequent addition to the streak. Allowing one of the evil shapes to reach the barrier has dire consequences, as in perma-death. No energy bars or extra lives here.

To make matters trickier, other kinds of enemies start showing up, coming at you in ways that you probably never thought possible for random configurations of pixels. And then the basic Gememies start weaving and reversing course, followed by a gigantic boss showing up a few stages later. I mentioned the whole getting killed by a single enemy getting through thing, right?

If that’s not enough to make you frantic, the difficulty levels above the default Normal setting and Hard, Very Hard and Bonkers. You can also throw things into Backwards Mode, where you don’t want to shoot the same color in succession, a twist that I found easier. Another challenge can be found in Survival Mode, well named because it’s much harder than the standard gameplay – and that’s with the difficulty set to Normal. 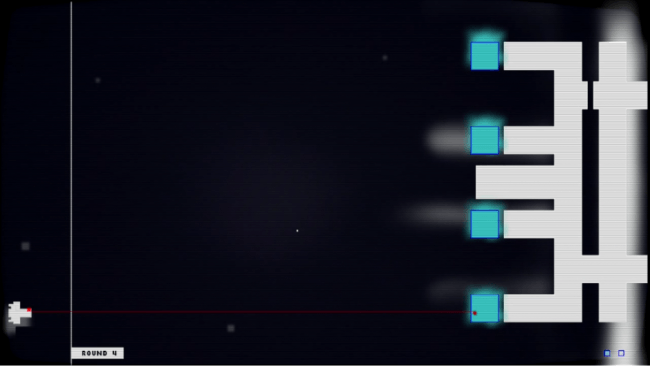 Should you manage to clear out enough of what Curtis-Sivess claims are infinite levels in any mode, you’ll find yourself with some Quid to spend on a new ship or seven. Each ship has its own whimsical shape (coffee cup and human head, to name two) and its own special weapon, which you’ll have to figure out with a delightful method called trial and error.

That keeps things interesting enough to want to keep battling the Gememies. For disclosure purposes, I usually prefer games that are story-driven, and I’m partially color blind. I enjoyed in Space anyway, so that’s a pretty neat trick. Indie games like this are worth supporting, and since Ysty has plans on taking it from PC to Mac and iOS “soon,” everyone should eventually get a chance to do it.