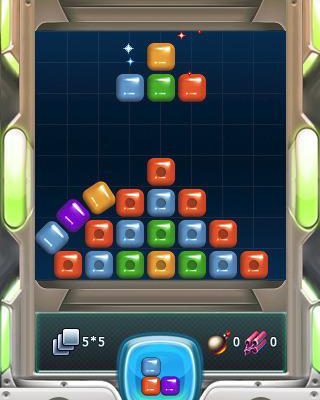 Realistic physics are a big selling point in games, especially with iPhone titles these days. We’re starting to see this feature touted as a selling point with more and more games, including genres where we might not have expected to. iFlexis is a perfect example: a match-three title that utilizes “wacky physics” to make things fun, this is a game that seems like it should be a complete hit… unfortunately, it’s never quite as enjoyable as it tries to be.

The game is designed to play in a manner that’s similar to Tetris, with blocks dropping down from the top of the screen. The blocks fall down, linked into different shapes. It’s up to players to match at least three colored blocks together, thereby increasing their score, which allows them to advance to the next level. Granted, there are different level types, foisting different requirements on you to complete them. 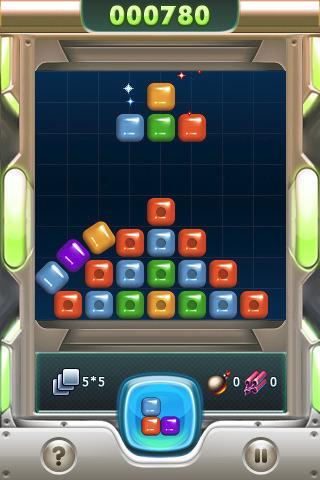 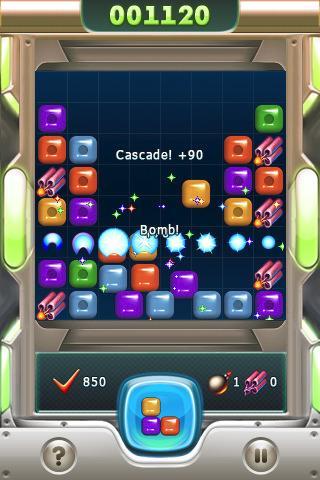 Here’s the thing about games that many developers seem to forget about: games are supposed to be fun. The main problem with iFlexis is that it sort of comes close to being enjoyable, but it never quite gets there. This is largely because the controls never seem to work like they’re supposed to. Moving the blocks is a pain because things either move too much or too little, but never seem to go the way a player will want them to. Rotating the blocks is just as frustrating because of this problem.

Another problem is that the game doesn’t really require you to play that much. The physics that are touted as the selling point for this game makes things more than a little irritating. Blocks bounce and slide everywhere at the slightest provocation. There were a couple of early levels where I didn’t actually bother doing anything other than let the blocks fall where they would, and the matches wound up happening on their own to the point where I continued to the next stage.

iFlexis offers three game types: Mission, Marathon, and Classic. But only the Mission mode is available when you start the game. The other two game types have to be unlocked which means beating the mission mode, and this can take a while since there are over 50 levels to beat – and the last few stages get insanely difficult.

Once unlocked, Classic mode merely requires you to score as many points as you can before the blocks pile to the top of the screen. Marathon mode tests how long you can last while playing the game. Both of these modes are rather enjoyable, but getting to the point where they’re accessible is a pain.

iFlexis is certainly a novel concept, but it’s one of those games where things don’t manage to work out quite as well as you’d think they would. Hopefully these issues will be fixed with some future updates, because this could be a fantastic title if the problems get ironed out.