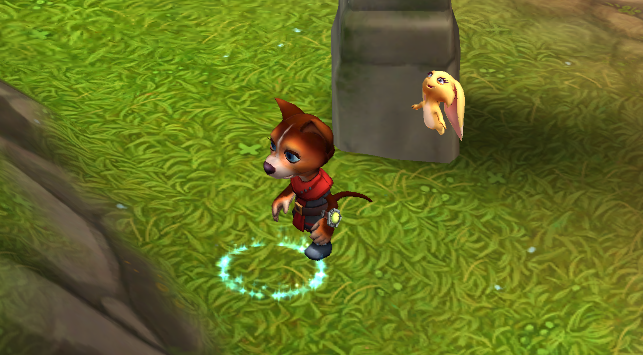 Obvious moves aren’t that interesting. So when it came to light that EA founder Trip Hawkins had a new startup working on a game to teach kids social and emotional learning (SEL), it raised some eyebrows. Well, mine anyway, and possibly Dwayne Johnson’s. Now that game, If…, is live, and it’s no less intriguing in the way it blends high production values and dedication to its mission to create a viable alternative to much of what school-aged children might otherwise play on their iPads.

The story of If… (the title is inspired by a Rudyard Kipling poem of the same name) unfolds on a planet called Ziggurat where anthropomorphic dogs and cats once lived together in harmony. But something has happened to upset the balance, and it’s up to your child’s customized canine character to get to the bottom of it, starting with a special town called Greenberry. Your guide is named YouDog, a mentor figure who’s one part Yoda, one part Mr. Miyagi and one part man’s best friend.

Other characters follow through the portal to Greenberry in short order to help you with the literal rebuilding. This is the least compelling part of the gameplay, requiring the simple gathering of several resources to restore buildings to their former glory.

It becomes obvious very quickly that the emphasis is on the interaction between the player, YouDog and the other NPCs. All of the dialogue – and there’s a lot of it – asks the player to choose between two or more responses that affect the way the rest of the conversation goes. My first grader, on the low end of the game’s intended 7-to-11-year old audience, told me early in our review time that she thought she was supposed to “choose the nice things to say.”

That’s a simplified summary of the point of SEL, which is to emphasize the importance of getting along with others and controlling one’s feelings (or just ‘feels,’ as the younger crowd calls them now). If… certainly doesn’t hide what it wants get across, and YouDog, in particular, sometimes teeters right on the edge of going right into full New Age territory. Your mileage may vary when it comes to all of the details of the SEL approach, but it’s hard to imagine anyone would find it objectionable to introduce its core concepts to kids. 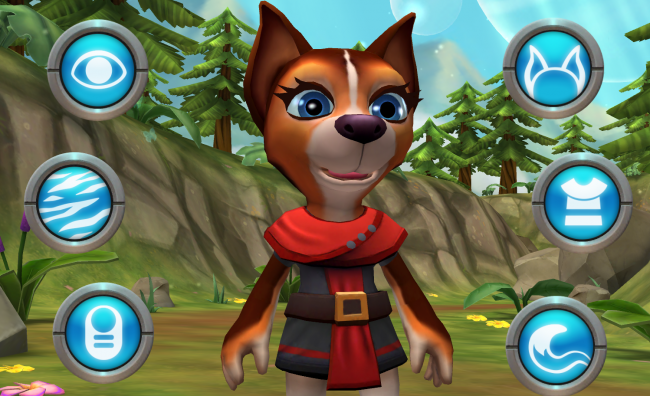 Even the more adventuresome aspects of the gameplay turn out to be battles of emotion instead of physical confrontations. The land around Greenberry is inhabited by beings called Vims, each of whom is powered by one of the four traditional elements (earth, water, fire and air). It’s hard not to see some Pokemon parallels as players attempt to add different types of Vims to their teams.

The difference is that the Vims aren’t fighting, they’re merely using their powers to perform emotional cleansings of sorts. There’s still the usual rock-paper-scissors interaction between the elements, but no one gets hurt. As your companion Kibble explains, “defeated” Vims simply return to the Energy Field (similar to the Force) until someone can help them escape. It was interesting that both my kids had a hard time describing the cleansings as anything but battles; perhaps a commentary on exactly how most video games frame encounters for kids.

In terms of presentation, If… rivals just about any RPG or adventure game currently on tablets. The graphics are lush, the character models are detailed and full of personality, and the spoken dialogue from the NPCs helps make the many character interactions come alive – though my daughter asked why her character didn’t talk out loud. The controls are simple, consisting of taps to move around and big, easy to understand buttons for the Vims’ special abilities.

There are a few things that aren’t as great. The ability to save multiple games on one device would be outstanding for families with more than one interested player. The game crashed often on my kids’ iPad 2 (it ran great on an iPad Air), though a patch after launch claims to have corrected that issue. Reading skills are essential for the dialogue choices, so my kindergartener had to play with my assistance.

Most of all though, the main story in If… is short. It’s only the first chapter of a longer saga, the rest of which will apparently work via a monthly subscription of some sort, wisely avoiding microtransaction in an educational game. It’s still an acceptable amount of content for a free download, and your kids can still run around helping Vims while waiting for upcoming chapters, but it almost seems like a tease if gamers get sucked into the quest to restore Greenberry and have to bide their time to experience more.

In any event, Hawkins’ mid-career change of heart has produced something noteworthy, and perhaps even admirable if it can sell SEL to those who wouldn’t otherwise be exposed to it. We’ll just need to see the rest of the story to see if it stays compelling the whole way through.