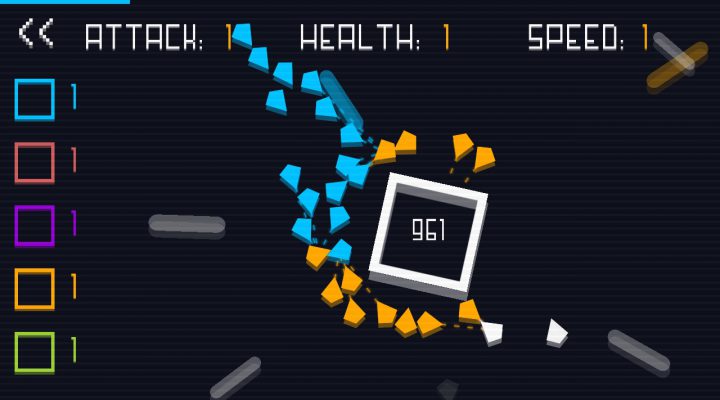 Costs nothing to try, and plays very smoothly.

ICE is what I imagine most games first look like as a playable concept; a very barebones, rough-draft concept of how the core gameplay will play out, without the added complexities that will later make the game unique, and more importantly, fun. With that said, ICE is hardly original, and hardly fun.

If you have played Mushroom Wars or one of the numerous games like it found scattered throughout Flash Arcades, you’ll find nothing new in ICE.

Players start off with a single base and a steady stream of reinforcements ticking in. The reinforcements are used to capture (or re-capture) neighboring bases that are either occupied by neutral forces, or the AI-controlled opponents. 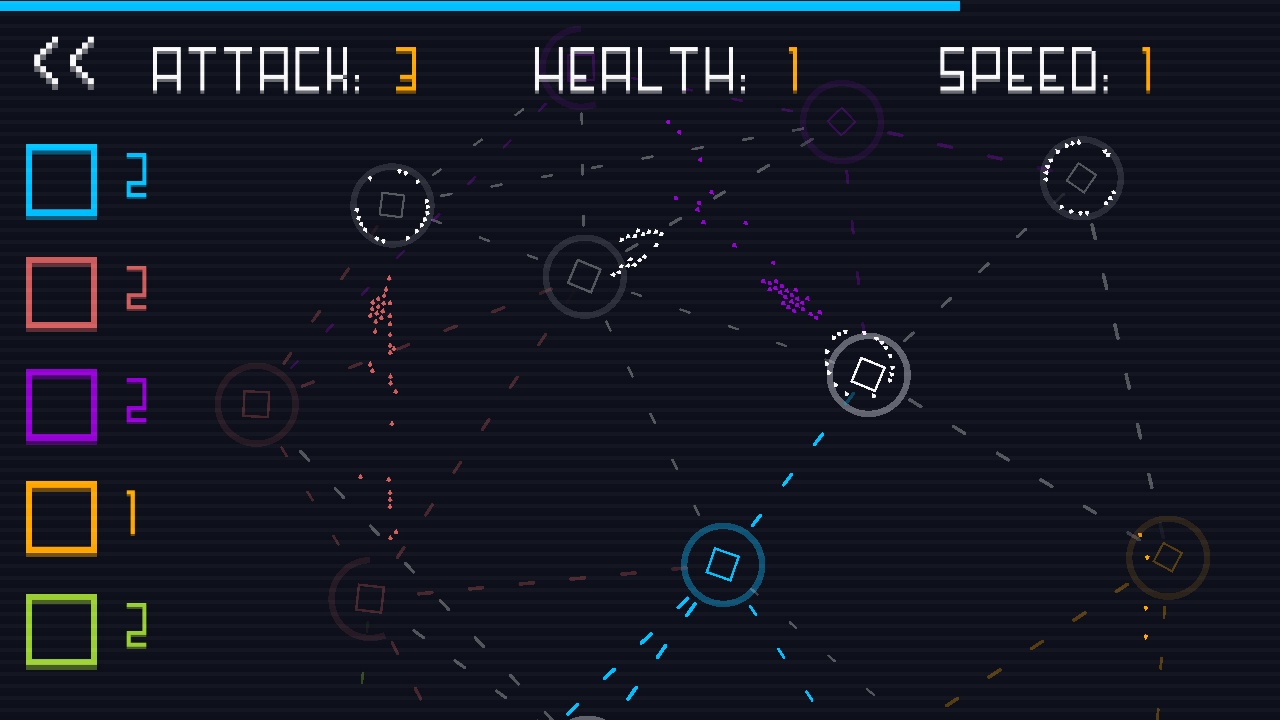 Tap the screen and all your available units will slowly flock to that location. When other colored units are encountered a battle ensues and whichever color has more units present will win. As your units destroy other units you will gradually collect enough experience to increase to your unit’s attack, defense, or movement speed. By building up your units, you can overwhelm a larger force with smaller numbers, later in the game.

The one-tap movement system keeps things simple. However, it makes careful playing impossible, as tapping to signal your units to attack a base forces all your units out of your base, leaving it completely vulnerable. There is no defensive strategy, early game, it’s simply an “all-in offense” or you will stagnate and the enemy bots will eventually overwhelm you.

Color teams are eliminated when their bases are all taken over, and their last unit is destroyed. Eventually the game comes down to the player and the last AI-controlled color. At this point the game goes from decently paced, to painfully slow. The AI will just mirror whatever move you make. Send units in to attack one of their populated bases, they will send units to go defend that base. Send units to go attack a distant, unoccupied base, and they will send their units to go attack one of your distant, unoccupied bases.

I played this game of cat and mouse for two-thirds of an NHL game broadcast before I just gave up on the game. ICE, that is…I’d never give up on hockey.

So apart from the frustrating limitations of the one-tap movement system and the mirroring AI, my third issue with the game is just how boring it looks.

Some players enjoy playing games with minimalistic visuals, and given the right circumstances, I do as well. However, when the gameplay is largely copy-and-pasted from existing games and nothing new is brought to the table, I expect at the very least, that the game be visually remarkable. 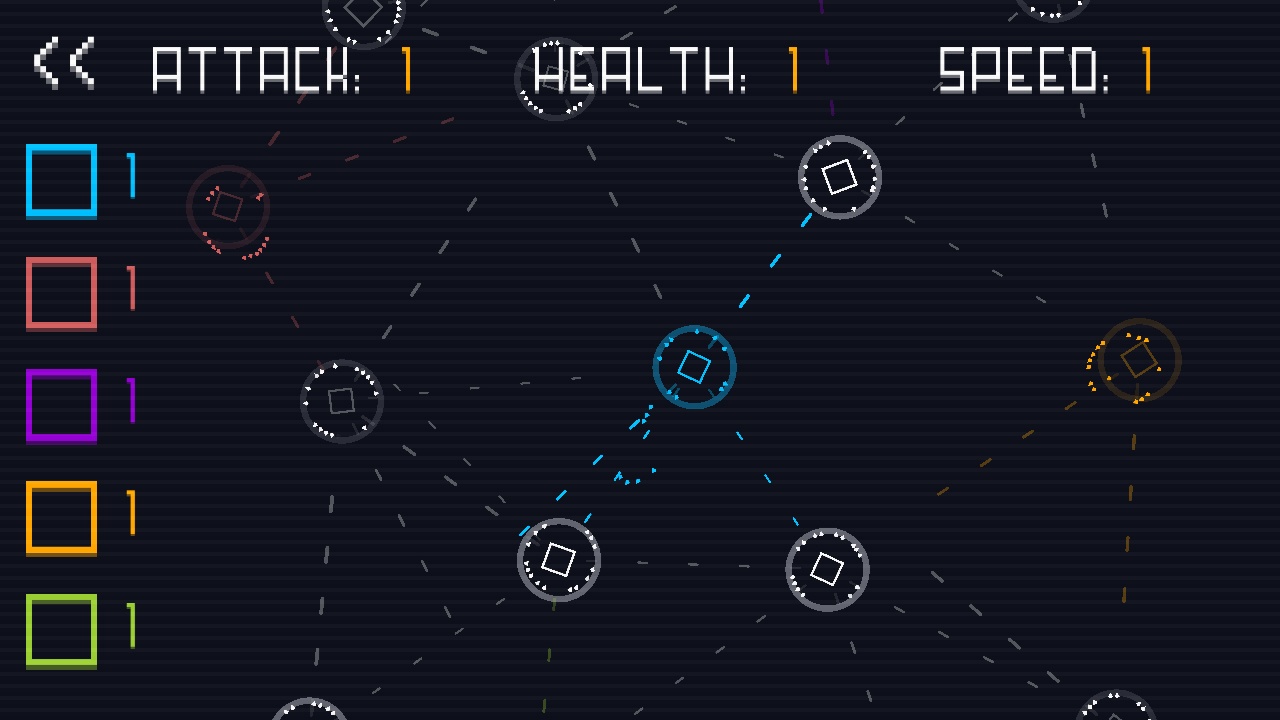 Think of it like a birthday card: it’s the creative designs that set birthday cards apart from one another, even though all the cards are basically the same template. If ICE was a birthday card it would be a blank piece of printer paper, folded in half, with “Happy Birthday” penciled within the fold. Zero creative effort involved.

At the very least ICE is free and ran smoothly without any bugs. A premium version is available which removes the ads (which only appear at the start of a new game) and allows the player to change the level size, but apart from that, the free version will serve players an equal gameplay experience. As bland as it will be.