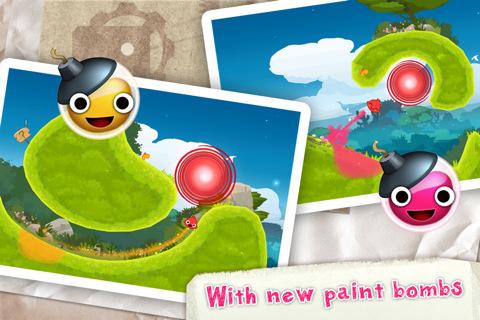 iBlast Moki 2 is like Angry Birds with bombs, which is about as awesome as it sounds.

Are you a fan of Angry Birds? Do you enjoy quirky little physics puzzlers on your iPhone? Do you like goofy premises, clever gameplay and adorable graphics? Then do I have a game for you: iBlast Moki 2, the new sequel to the hit iPhone game from a couple of years ago. It’s an incredible sequel to what was already an incredible game, and it’s definitely something that no puzzle geek should consider passing up.

So here’s the setup: the Mokis (an adorable race of goofy little puff balls) are chilling out in their home city, having a great time and generally loving the fact that nobody’s stolen them away from their home lately. You can probably guess where this is going. A UFO shows up and abducts everybody, which means it’s up to you to get everyone back home.

In order to send the Mokis back to their shiny capital players have to knock the little guys into warp portals. In order to do this, they have to place bombs near them which then detonate and launch them in a corresponding direction. At first all that’s needed are the bombs, but then extra tools (like accelerant, ropes, balloons and bounce gels) start coming into play as the levels get more complex.

The gameplay is pretty fun, mainly because of the way it all feels like this is a grand experiment. Players have to set everything up before they trigger the blast that sets things in motion. As a result, constant trial and error is required to complete the later levels, but things never really feel frustrating or impossible.

Additionally, the game keeps track of your most recent placements, which is incredibly handy if you have to exit the app and do something else; when you return to the game, your item placement is right where you left it.

Visually, iBlast Moki 2 is about as adorable as you’d expect from the premise. Everything looks incredibly smooth, bright, and generally like something straight out of a Saturday morning cartoon. When you zoom in, the game’s details look stunning, too. Additionally the soundtrack is delightful, and it’s ridiculously catchy. 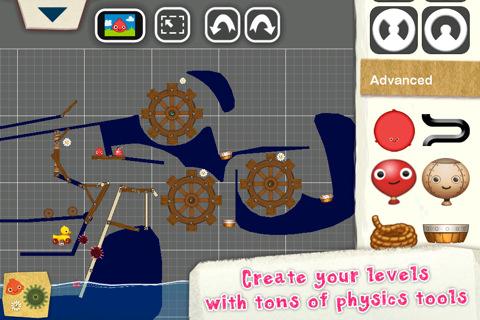 Once you’re done with the final level, it turns out there’s still stuff to do thanks to the level editor that allows for custom creations. Overall the editor works really nicely, but the iPhone’s screen is a little too small to really be efficient. That said, the iPad’s screen is the perfect size for setting things up.

Even though the market is full of physics puzzlers at the moment, iBlast Moki 2 manages to stand head-and-shoulders above its competition. It’s incredibly clever and fun, and its stunning production values only add to the overall experience. Needless to say, you should definitely pick this up.