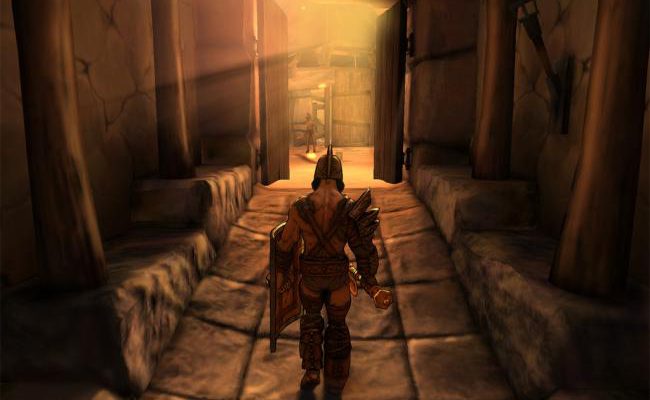 It never fails. I mean, you’re trying to do your job as a gladiator, staying alive, entertaining the people, and then the gods have to go and get involved. I think we’ve all been there, but in case you haven’t, I, Gladiator lets you hack and slash your way to glory on your iPhone or iPad. And if you’re good enough, those pesky gods might even stay out of your business for a bit.

Gladiators generally have cool, masculine names, but I, Gladiator puts you in the sandals of a fighter named Rufus. Though he got off to a good start to his career, he eventually ends up a pawn in a contest between two of the Roman gods. Without spoiling too much of the story, I’ll just say that he ends up in no position to refuse after he commits one of the worst mistakes a gladiator can make. Yes, even worse than forgetting to stretch before entering the arena.

To regain some control over his own fate and get some payback, Rufus has to start at the bottom and fight his way through a series of increasingly difficult tournaments in different locations. That’s where you come in, and unless you’ve never played a mobile action RPG before, it’s not going to take you long to get a feel for the basics. 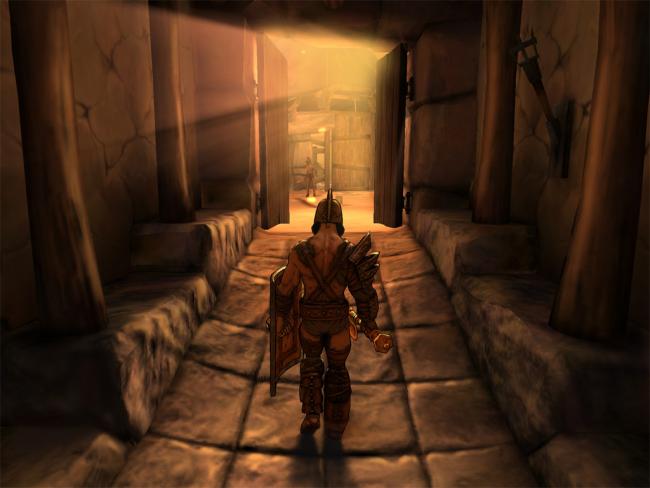 Rufus can attack from different angles based on how you swipe on the screen. He can also string together combos when you swipe continuously (like in a figure-eight pattern) until he runs out of stamina. Swiping down kicks your opponent in the gut, knocking him down if unblocked and giving you a breather. Holding down the shield button can parry incoming attacks, while holding and swiping allows you to dodge anything that can’t be blocked.

A couple other tricks also come in handy. Tapping and holding can charge up one very powerful blow, useful for beheading opponents who are stunned and almost out of health. Environmental hazards like wooden stakes and fire pits can also help put a swift end to your foes – or you, if you’re not careful.

I, Gladiator doesn’t have the largest variety of challengers to face (though there are lions later on), but it makes up for it by throwing them at you in bunches. Sometimes enemies will team up on you; other times they pair off in their own battles, and even kill each other off on occasion. Switching between target is simple enough if you find the numbers are against you, but moving around the arena or trying to position the bad guys by the environmental traps can be cumbersome. 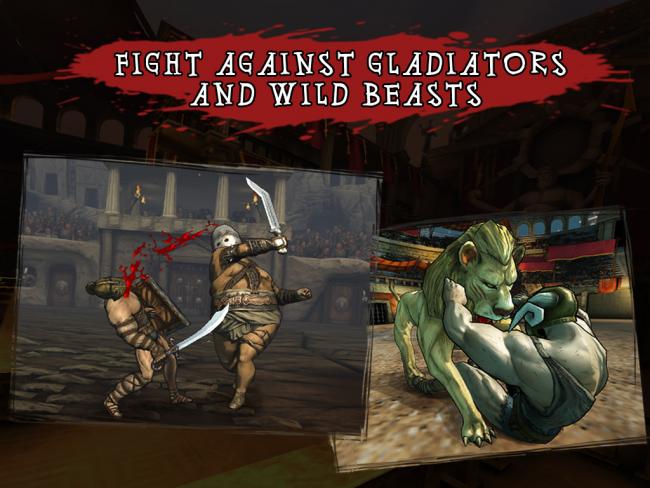 Since you’re out to entertain as well as survive, it pays to be mindful of the crowd reaction to your fights. Doing things like spamming the same attack over and over makes the fans bored, which can actually cost you experience points. Creating thrills by using flashy combos and finishing moves could get you a bag of coins or even a weapon thrown to you from the crowd.

Advancement is pretty straightforward, as you can increase your health, stamina, attack or defense each time you level up. Additional skill points can be earned if you complete all three laurel challenges in a given stage, which are basically secondary goals that push you to win fights in certain ways. Both the regular and premium currencies are also earned through victory, with the latter coming much slower than the former. You can always buy more using in-game purchases if you find it necessary.

And you might once you see some of the cool weapons and armor for sale. The developers at Steel Monkeys really went to town designing nice looking gear, and the various weapons actually play differently in combat. Swords are quick and cause bleeding, while maces are slower and can stun enemies instead. More importantly, they feel different when you swing them, which is an impressive thing for a mobile game. 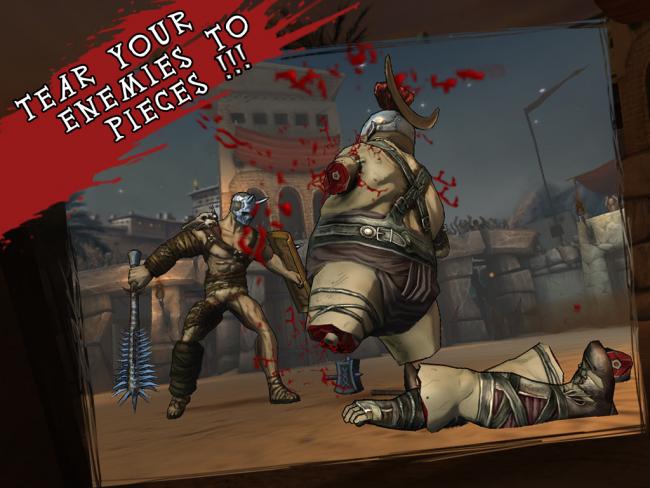 The rest of the visuals don’t stand out as anything special but certainly look fine on a retina display. Voice-over work for the cutscenes sounds like it was done in Latin – a nice touch considering the setting – but there are subtitles to help you make sense of it. The music is mostly a driving guitar-based score that sets the stage nicely for some bloodshed.

It would be interesting to see how multiplayer works, but that mode is apparently on hold until a future update. Even without it, I, Gladiator strikes you as a game that is very much in line with the conventions of its genre while having just enough tweaks to give it some some identity of its own. Download it for free or explain to Jupiter and company why you didn’t.

Ark of the Ages Review