I Am Bread Review: Stale Toast 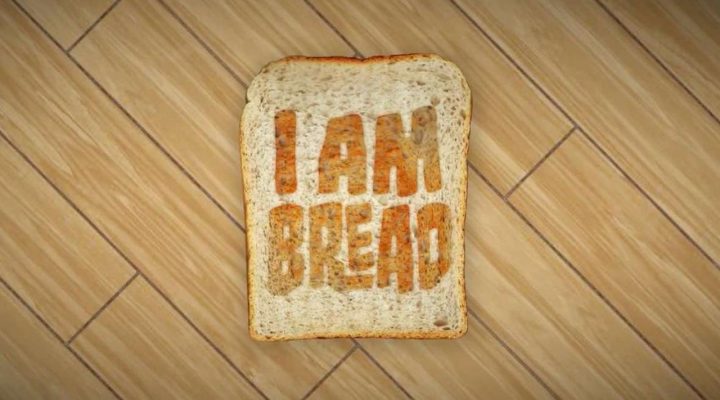 Offers seven little physics playgrounds to flop around in.

Not really all that amusing to begin with.

I Am Bread is a game about being a slice of bread. Just let that sink in for a moment. Let that sink in like butter melting into a warm piece of toast.

I Am Bread is a simulator about what it would be like if Bread had a mind of its own. Players must complete objectives by flinging, flopping, dropping, and wiggling their way through the game’s seven levels as a piece of bread.

As the child of Bossa Studios, I Am Bread appeals to the same sort of players who enjoy games like their previous Surgeon Simulator game, or even Goat Simulator from Coffee Stain Studios. Games that are cute and silly, but are largely known for their loose controls which make seemingly simplistic tasks, overly difficult.

In these games, failing spectacularly is the draw which is why these sorts of games absolutely flourish on YouTube and Twitch. I find them funny for a time, but ultimately I’m ready to put them away for good after about an hour or two. 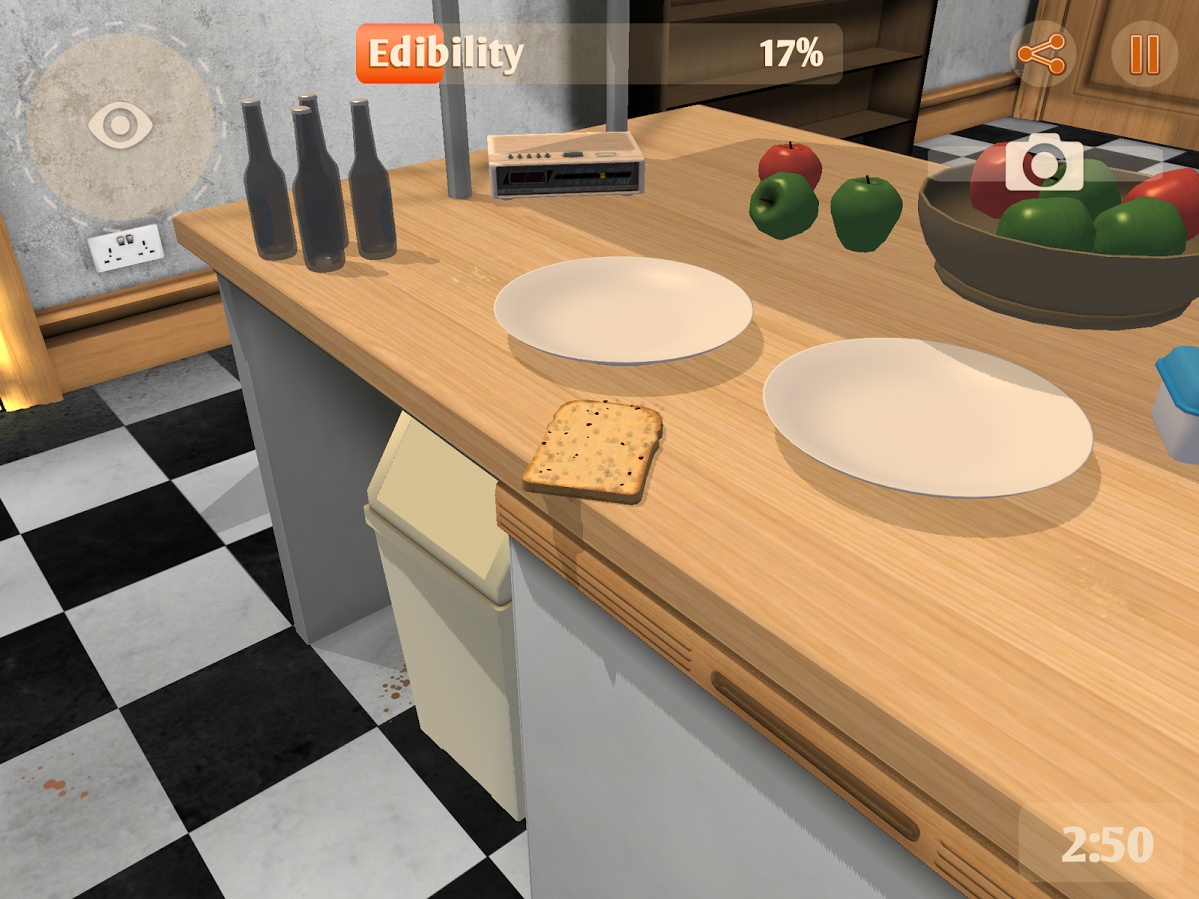 Part of the reason for my accelerated disinterest came from how the game handled.

Before I played I Am Bread on my iPad, I watched the trailer on the game’s Steam page. I saw how each corner of the bread had a button assigned to it, to, I assumed, help the player control the bread’s movements. I wondered how this would translate to the mobile version. I ultimately figured that one of the bread’s four corners would be assigned to one of the screen’s four corners. 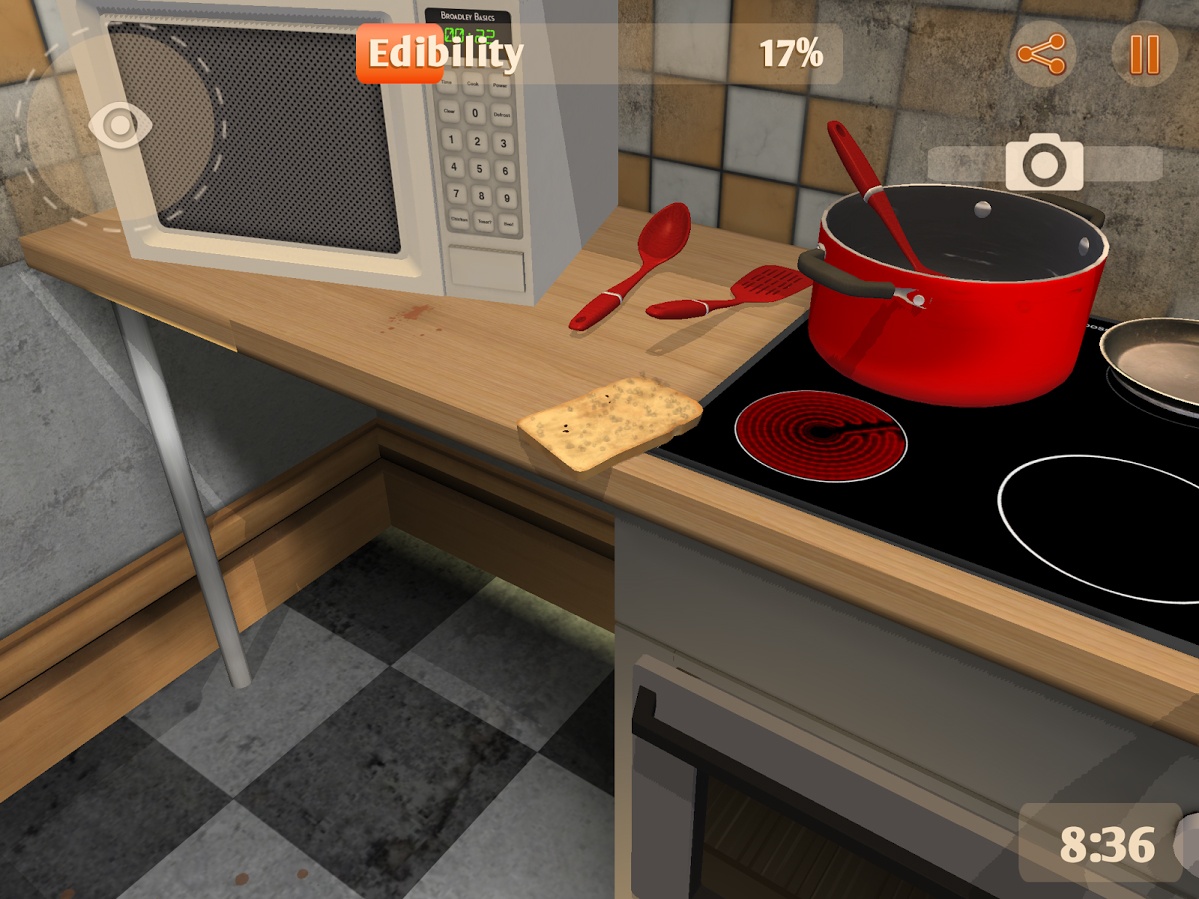 The control scheme in I Am Bread involved tapping to nudge the bread, swiping to bump the bread, and tap-and-holding to get the bread to stick to a surface. It sounds easy and straightforward, but it is rarely reliable and I was hardly able to achieve the same results with each gesture I made, apart from the tapping.

So am I just supposed to laugh when I spend ten minutes flopping a piece of bread around a house, only to lose when the bread wildly flops to the floor and goes bad? I’ve laughed at goats rocketing through the air, and comedic surgeries gone wrong …but go throw a piece of bread on the floor. Did you laugh? Probably not.

If you did laugh, you’ll love I Am Bread. Everyone else is better off just letting this one flop on by.