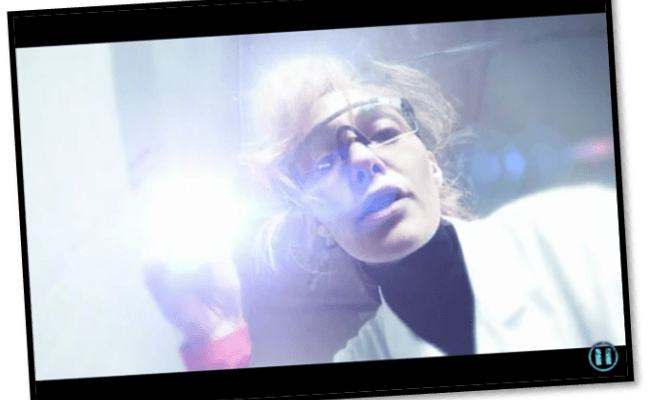 Do you remember back in the early 90s, that wonderful new invention, the CD-ROM? Boy howdy, it was going to change how we play games forever! Yeah! We won’t even be playing games – we’ll be playing interactive movies! With actors and stuff! Who cares that you can’t control anything, or that the acting was worse than your high school production of Our Town? Movies! On a disc! In your computer!

We left that behind 20 years ago. Someone should have told Hysteria Project 2.

What amounts to an interactive Blair Witch Project (and I use the term interactive very loosely), Hysteria Project 2 is a horror movie on your iPhone with some interruptions for puzzles or quick-time events. The game starts with you strapped to a table in a hospital while a nurse sticks needles into you. Suddenly, she shrieks, “He’s coming!” and runs out the door. You begin to follow her as she helps you escape and learn about why the horrors are happening. 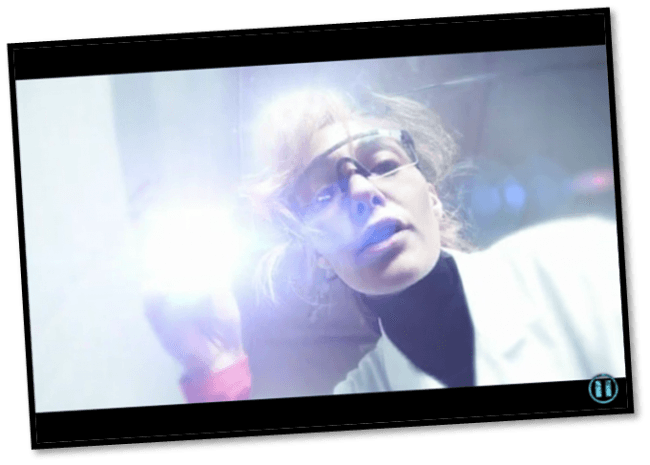 The big problem here is there really isn’t much game to play. When you first load up Hysteria Project 2, it will be about five minutes before you actually get to do something. You only know it will be time to play when the letterbox bars at the top and bottom of the screen disappear. Of course, you won’t actually know what to do. You can generally look around from a fixed point (using what looks like quaint old QuickTime VR from 1995), as you try to find a journal sheet to help piece together the storyline the game fails to tell you itself. From there, it’s kind of like a hidden object game, but without any real objects to find. It’s more like random tapping until you hopefully find a clue.

The first puzzle of the game has you trying to escape from being strapped to a gurney, so I tapped on my character’s wrist. This brought up a cutscene showing him struggling to pull out of the bonds, but failing. I figured I might need a sharp implement to cut them. Unfortunately for me, I waited a whole two seconds, and some crazy lunatic came in and killed me. Yes, I died within 10 seconds of the first gameplay opportunity. It turns out I had to touch it a second time, so I could pull again and break the straps. Then, after another interminable, meandering first-person cutscene, I stopped at a door locked by a keypad. 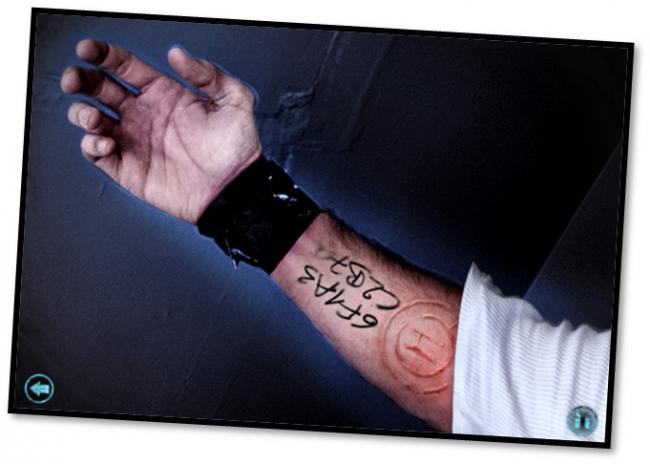 Standing around for 30 seconds, I finally heard a voice say, “If you can hear me, I wrote the code on your arm.” I had to tilt the camera down and at my character to find the single pixel that would let me zoom in on the arm to get a 10-digit code. Unfortunately, the last digit was blurred. This wouldn’t be a problem normally, but the keypad featured the numbers 0-9, as well as the letters A-J. And you can’t just delete the last digit. You have to keep entering the same code over and over again. The answer is A, just to save you the agony.

It never gets better. You will die randomly until you see the game over screen, where you learn what you did wrong and how to win. It’s like Dragon’s Lair if Dirk the Daring decided to tell you what to press after you died.

Hysteria Project 2‘s puzzles and various quick time events and (for example, ensuring your character keeps walking in a straight line by touching the screen to keep your balance, or peeking through a cupboard while hiding) are contrived and, frankly, not very fun. The only horror comes from the stupendous soundscape that makes Hysteria Project 2 at least sound scary. It sure won’t be from the terrible acting, featuring a British accent that comes and goes with the weather.

It doesn’t help that the game itself is hopelessly broken. The first time I played through, I was able to get past the access code entry puzzle mentioned above (the second puzzle of the game) before it wouldn’t stop crashing. After deleting my game save and starting again, I got further before crashing still. I uninstalled and redownloaded Hysteria Project 2, which made the crashing only slightly less problematic. It would happen once, but upon rebooting, would let me get past a checkpoint. 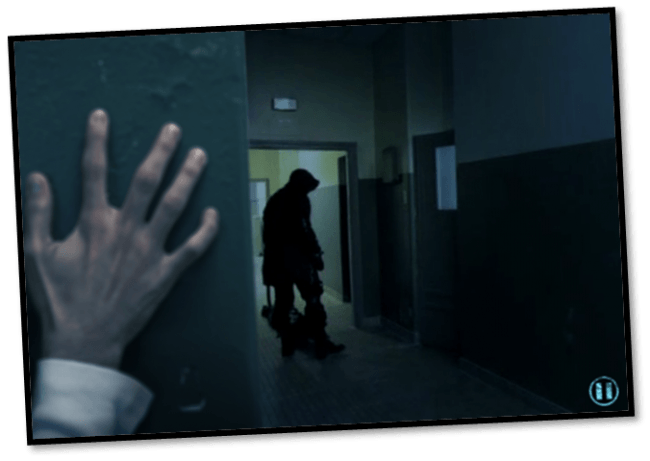 Oh, and about those checkpoints: they suck too. Hysteria Project 2 is divided into chapters with various quicksave points should you die. However if you get booted from the game, sometimes you’ll be forced to replay whole sections just because the save system decided it didn’t like you.

It’s a good thing that all this bad stuff can happen to you, because I’d guess that most players would take about an hour to finish Hysteria Project 2 assuming nothing went horribly wrong. Maybe all this broken code is part of the story, to amp up the horror?

Not that you’ll be able to tell, as the journal pages are almost illegible. The text is so small that letters become blurry. I find it hard to believe that human eyes passed over this part and somehow got green-lit.

Hysteria Project 2 takes the worst of early “multimedia” games and slaps it in portable form. It’s a broken, laughable mess of a “game” and should be avoided at all costs. The scariest thing about it is trying to finish it. And you’ll probably stop caring long before that.