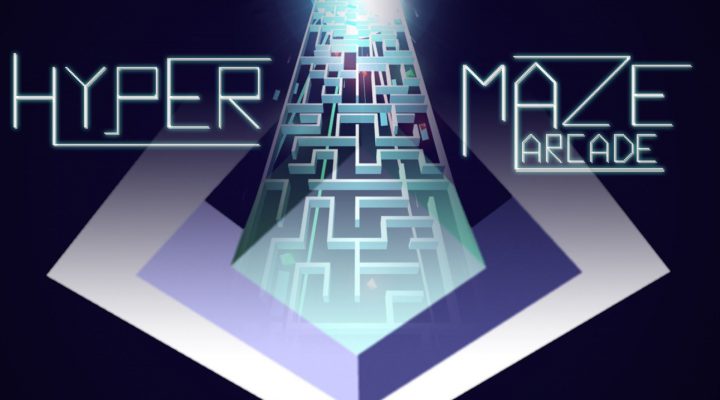 Get the whole game for free, with cheap pro unlock.

A tad unforgiving when you make a mistake.

You probably feel like you can pretty much get how Hyper Maze Arcade will play just by reading the title and looking at a single screenshot. And you’d be right. It’s a simple enough game that wears its qualities right there on its sleeve, but it’s got a lot more to offer than the simplistic maze solving puzzle game you’re expecting.

It’s worth pointing out here at the start that this is a free-to-play game, so you’d do well to set it off downloading while you finish up reading the review. I’m pretty confident that anyone who loves a fast, hard-hitting coffee break game has been looking for Hyper Maze Arcade for some time.

The levels are procedurally generated, continuous mazes, much like you might expect to find in one of those classic wooden toys with a ball bearing rolling around in it, or something from an old puzzle book. These aren’t especially challenging mazes, and you can generally see far enough ahead not to get lost too easily. At least, you would if the strict timer wasn’t against you.

The mazes slowly work their way back towards you, and if your ball crosses the line at the bottom of the screen and can’t progress any further, it’s game over. So far, pretty much what you were imagining, I’m sure.

The controls are probably the first unexpected aspect of Hyper Maze Arcade. Rather than having to trace your finger around the maze, which would be irksome given the narrow channels and the size of your fingertip, it’s all gesture controlled. A swipe automatically takes the ball to the next intersection in whichever direction you sent it. This significantly increases the speeds you’re able to achieve, and that’s important because you aren’t always heading down the unobstructed route.

Progress through the everlasting maze delivers energy points, which are the foundation of the in-game currency. Should you decide to opt for an in-app purchase, you’ll be buying this same energy in bulk. But collect it up along the way and you can save yourself some cash while using your reserves for options like continuing a game next time you corner yourself.

Power-ups can also be found, which give you access to special moves like blowing up an entire section of maze, so if you’re quick fingered and find yourself stuck, you can destroy the walls that are blocking your way. These add a lot of balance to the game so one mistake needn’t necessarily bring things to a halt, while also lighting a motivational fire beneath you that prompts some exciting risk taking.

And the music! Did I tell you about the sensational dub-step soundtrack? It’s no wonder the developer has included an option to go and get it from Bandcamp direct from the in-game menu, because it gives Hyper Maze Arcade a powerful electronic vibe that perfects its unique, futuristic visage. I’d buy the fantastic soundtrack before I spent a penny unlocking the ad-free version of the game.

All of which conspires to make Hyper Maze Arcade into a game with higher quality production values than a casual title like this would normally come close to enjoying, and that makes it an essential download for anyone on the hunt for their next time-devouring F2P addiction.