Home / Reviews / Hyper Light Drifter Mobile Review: How Does it Play on iPhone and iPad? 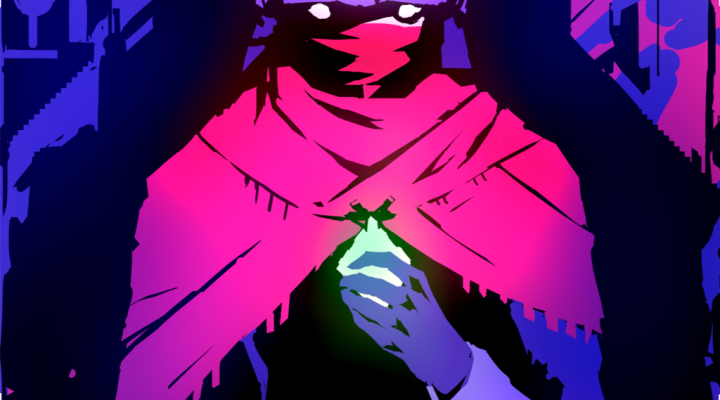 It's Hyper Light Drifter on mobile

Looks stunning on the smaller screen

Touch controls could use some refinement

Hyper Light Drifter has just landed on mobile, and you’re probably wondering how the experience translates to the tiny touchscreen. Well, wonder no more as we’re going to tell you. We won’t repeat the numerous other reviews out there – Hyper Light Drifter is a solid action RPG with a thoroughly deserved Metacritic score of 88. It’s an excellent game and you should definitely play it at some point. But on mobile? Let’s take a look.

There’s a lot going on in terms of controls in Hyper Light Drifter, so, as you can expect, the transition to mobile wasn’t the smoothest. You slide your thumb around the left side of the screen to move your character, and hit a series of virtual buttons dotted around the screen to perform other actions.

You’ve got buttons for attack, ranged, dash, and interact on the bottom right, pause and map on the top right, and heal on the top left. In fact, the only mechanic there isn’t a virtual button replacement for is sitting, which now happens automatically if you leave the game idle momentarily.

Hyper Light Drifter’s Touch Controls Are Solid, Though They Could Use Some Refinement

Generally, the controls are pretty solid. We ran into no real issues – even during intense combat situations. We do think there’s room for improvement though, and we’re a bit disappointed that there isn’t a more minimalist control scheme. For example, we’d have liked to have maintained the virtual joystick on the left, but have the right a lot more context sensitive.

You could tap to attack, swipe to dash, hit a virtual button for your ranged weapon (there’s no getting around that) and then have heal and interact as context sensitive buttons that only appear when you need them. Healing in particular can be pretty problematic, as it’s right at the top left of the screen. That involves a slightly uncomfortable stretch to hit, which isn’t ideal during intense combat situations.

Fortunately, you can use an MFi controller if you have one handy, and it connects without a hitch – you don’t even have to visit the settings screen. It uses the same control scheme as the console versions of Hyper Light Drifter, so you won’t run into any issues whatsoever.

We’ve tested Hyper Light Drifter on both an iPhone XR and iPad Pro, and the experience has been pretty solid on both. The smaller screen size of the iPhone didn’t prove to be a downside, though the thumb gymnastics required to heal on an iPad was a bit frustrating.

The Performance on iPad Pro is a Little Disappointing, and Doesn’t Quite Feel as Smooth as the 120 fps Mode Promised

We’re also generally a bit disappointed with the performance of the game on iPad Pro. Though the description promised 120 fps, we didn’t have that experience. There was a fair bit of lag and stuttering, even during simple empty corridors, and our device ran fairly hot. We booted up Grimvalor, another game that promises 120fps on iPad Pro, and found the experience a lot smoother.

It might not be perfect, but it is perfectly playable. Overall, we found our time with Hyper Light Drifter on mobile to be a positive experience. The touch controls work and don’t cause any huge issues aside from when you need to heal on iPad and the general performance is decent, even if it doesn’t quite feel as silky smooth as the promised 120 fps on iPad Pro.

If you can play Hyper Light Drifter on another platform, then that might be the best way to experience it. If not, the mobile version is a solid alternative of an excellent game. It’s a must play either way.