Hyde and Seek Review – Seek and Ye Shall Find 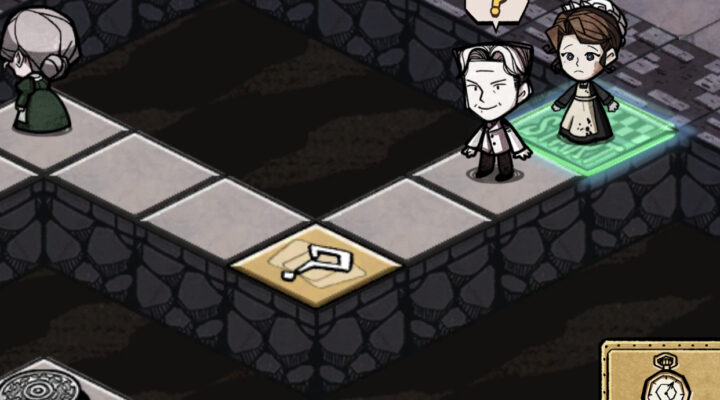 Hyde and Seek is an interesting mash-up of genres that blends everything together with an impressive art-style and an intriguing story. It isn’t without its problems, and the free to play system it uses can be quite cumbersome, but it’s still well worth checking out.

The game is set in Victorian London and sees you playing as a young woman named Kate. You’re an assistant to a famous scientist, but after something goes horribly wrong you’re fighting for your life against coppers, monsters and other villains.

Each level sees you moving through a board game-style dungeon. You’re using cards to move and roll dice, then dealing with the actions on the square you land on. Sometimes that means getting in a fight, which switches to a different screen.

There you’re picking cards to punch and block, watching a bar to see how long you’ve got before you’re attacked. It’s a smart and engaging turn-based system that forces you to make quick choices about your actions. Win the fight and it’s back to the board.

There’s some light deck-building going on, with new cards added when you win fights and more to unlock as you play. And the story pushes you to keep going even when the ticket system kicks in and you’re forced to wait to play.

Hyde and Seek sucks you in from the first level and holds on tight. It’s confusing sometimes and occasionally frustrating, but for the most part this is an engaging adventure with some super bright ideas that you’re definitely going to want to keep playing.

I’m Boor Review – A Puzzler That Frustrates and Thrills