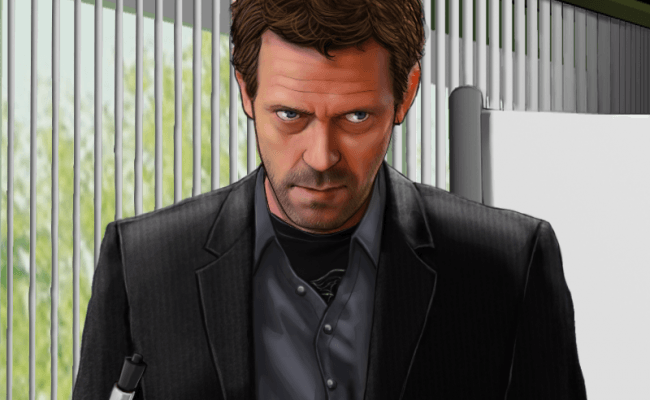 House M.D. will appeal to fans of the TV series, but everyone else may want to get a second opinion.

Not satisfied with just having a successful television series, Dr. Gregory House has decided to enter the world of video games. House M.D. attempts to recreate the combination of drama and humor that has made its TV counterpart such a success, only in the form of an adventure game. The title manages to capture some of that charm, but thanks in large part to some frustrating mini-games, it ends up being a bit of a tough pill to swallow that will likely only appeal to fans.

House M.D. is divided up into five different chapters — or episodes, as the game calls them — each of which tackles a different storyline. You’ll be dealing with all manner of strange patients, from a discolored and disgruntled chef to a slightly confused frat boy. The whole Princeton-Plainsboro Teaching Hospital gang makes an appearance in the game, so you’ll get a chance to interact with some familiar faces like Cuddy and Thirteen. It should be noted, however, that the game is aimed squarely at those who are already fans of the series, so there’s not much in the way of an introduction for those unfamiliar with the television show. 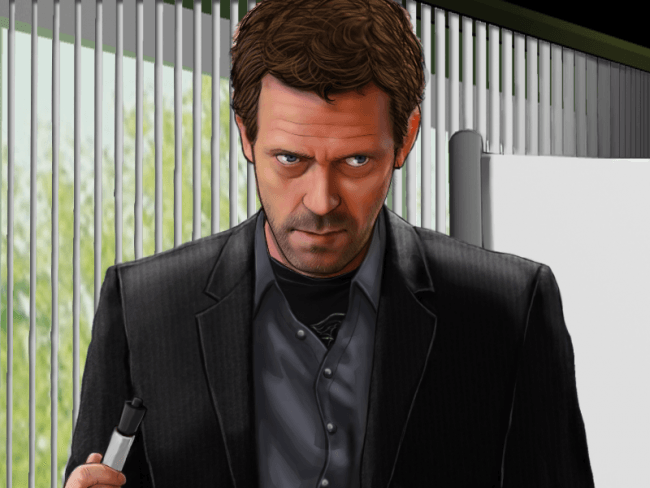 Each episode features plenty of bizarre medical mysteries, though the writing is not quite at the same level as the show the game’s based on. The dialog between the various characters feels a tad forced, as does House’s frequent attempts at sarcastic humor. While true to the character, the fact that these one-liners happen so frequently and are rarely actually funny makes them quite annoying. This is especially disappointing since a large part of House’s appeal is his witty, sarcastic sense of humor.

While it follows the basic structure of a point-and-click adventure game, House M.D. is really a mish-mash of genres. You’ll not only be diagnosing and curing patients, but doing some investigation as well. And each task features a different mini-game. You’ll start out by checking a patient’s symptoms, which involves clicking on various points of their body using one of four different instruments. You’ll have to choose the right tool for the job and click on the right spot to figure out what exactly is wrong. The game won’t let you choose the wrong tool though, so figuring out what you need to do is usually pretty easy.

You’ll also get the chance to do some actual medical procedures, many of which are pretty fun. The multi-step process of taking samples of a patient’s blood, for instance, is easy but requires you to do everything from tightening the tourniquet to sterilizing the wound. Not every procedure is as well done though, especially ones that involve spinning. For example, several times throughout the game you’ll have to separate blood using a centrifuge, which involves spinning it around until everything is separated. Unfortunately, not only does it take a long time to spin the device enough, but the game also frequently has a hard time recognizing a spinning motion. The result is an incredibly frustrating mini-game that will leave you with a sore wrist. To make matters worse, you’ll have to do the same mini-games numerous times, so even the ones that are enjoyable become dull by the time the game is done. 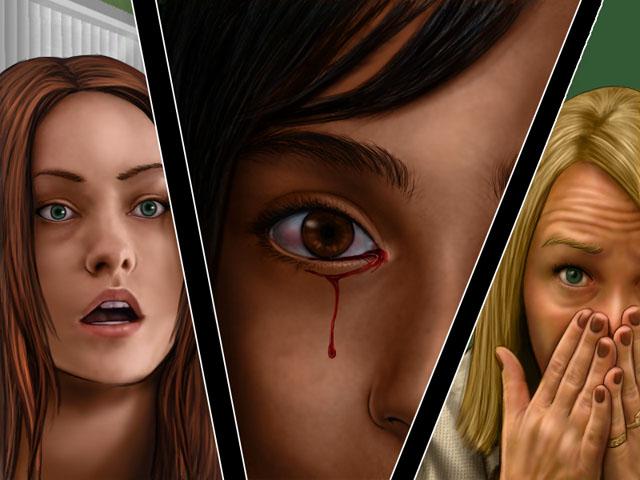 In addition to all the diagnosing and curing you’ll be doing, House M.D. also features a number of investigation elements. These involve both questioning witnesses and searching various scenes. The interrogation sections are pretty straightforward, giving you three choices of questions to ask at any given time. If you ask the wrong one, you aren’t punished, and can simply re-ask the correct question and move on. Meanwhile the investigation sequences resemble a hidden object game, as you’ll be scouring locations looking for any clues that might help with the diagnosis. You won’t be given a list of objects to find, but instead items that can be collected will be highlighted when you run your mouse over them. There are also a number of other mini-games that round out the experience, including familiar faces like spot the difference, Simon, and even a strange Breakout clone.

But for all of its frustrations, House M.D. does present a lengthy and challenging adventure. And while some of the mini-games can be a pain, you can’t really lose any of them, you’re simply given a bad score. So even if a particular puzzle does give you trouble, it won’t prevent you from progressing. Add to that a unique and refreshing visual style and some truly bizarre and interesting cases to solve, and House M.D. might be just what the doctor ordered for fans of the TV show. But for everybody else, they should probably get a second opinion.