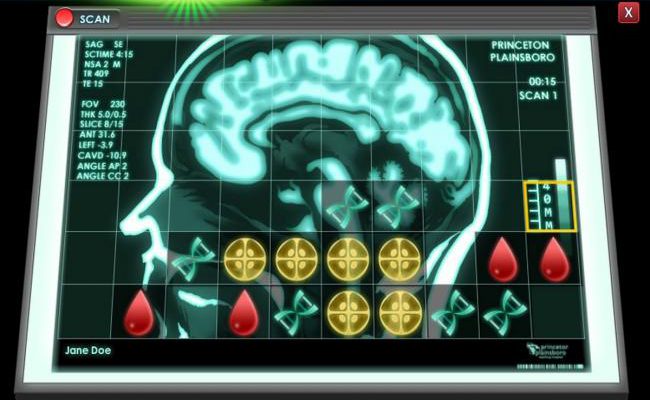 House M.D. – Critical Cases isn’t the best game on Facebook, but at least it’s not lupus.

When you think about it, House’s cold, blunt demeanor pairs up well with the stark, impersonal diagnoses that you tend to get from the Internet’s medical websites (“Got a runny nose? Eh, it’s probably cancer”). In fact, House MD – Critical Cases initially presents itself as a great showcase for House’s snark and sarcasm as well as the show’s medical mysteries. Unfortunately, the title’s lackluster scattering of mini-games and constant strong-arming for microtransactions makes it a pretty fragmented hospital drama.

You don’t play as House in House MD—Critical Cases (House mainly wheels around on a Segway and makes cutting remarks, but give the guy a break, that’s a full time occupation in itself). Instead, you’re cast as a new doctor who’s also a rookie member of House’s diagnostic team. You, along with the rest of House’s merry band, are presented with multiple cases of people suddenly getting sick with Bad Things.

Beware: the patient in question is never diagnosed with a simple flu and sent on his or her way. Instead, you must zoom in on one particular diagnosis by playing different mini-games. Some of these games include scouring hidden object scenes for clues to the patient’s malady, playing memory-match as part of an MRI scan, clicking on blood cells to sort through lab work, and so on. House’s team meets after each mini-game session and discusses potential diagnoses as they’re narrowed down. Eventually, the patient is sent home, not necessarily as good as new, but at least a shade above Code Blue. 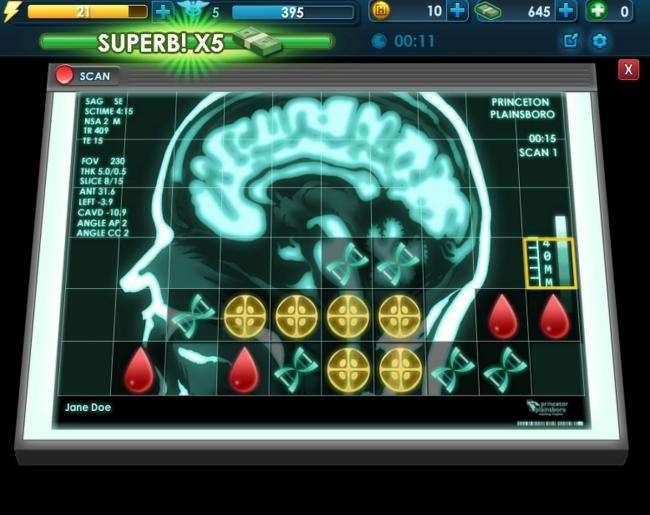 House MD—Critical Cases’ symbiotic “triangle” gameplay should keep things interesting in theory, but the mini-games that are used to diagnose patients are kind of dull and repetitive. The memory match game isn’t particularly challenging, clicking on blood cells is as exciting as it sounds, and the game’s hidden object scenes are dully illustrated, making objects hard to see (there is a magnifying glass tool, but it’s still not easy or fun to distinguish a shampoo bottle from a toothpaste tube, or nail polish from moisturizer, and so on).

What’s really unfortunate is that House MD—Critical Cases is constantly elbowing you to spend as much premium currency (“House Credits”) as possible. The hidden object scenes, for instance, offer hints if you get stuck—but you have to pay for each one with a wad of in-game currency or via House Credits. This is silly, given that most HOGs offer free tips in exchange for time. Moreover, like most social games, House MD—Critical Cases gets you to spend energy for every task you perform, but some of these tasks take huge handfuls of your energy. Of course, you can spend 24 House Credits to fill ‘er up—but 30 Credits costs $5 USD. Yipes! 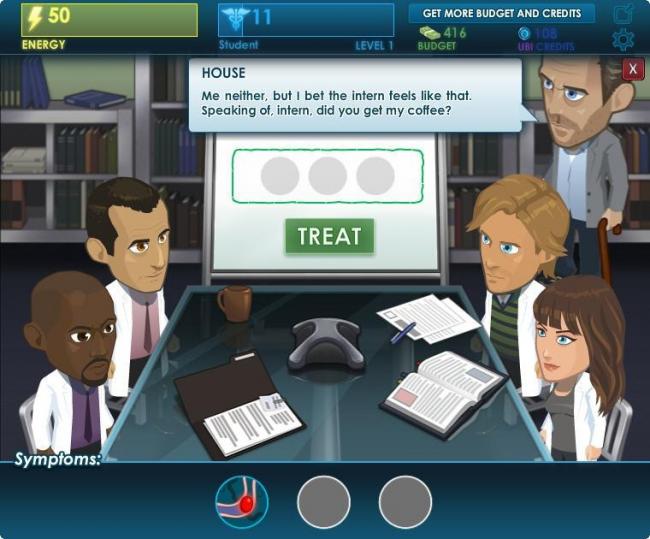 You’ll also want to make sure you recruit some of your Facebook friends as “specialists.” The only way to discharge ward patients and earn the favor that’s necessary to progress the story is to get a specialist to diagnose him or her. House’s staff can only do one diagnosis before the member goes on a 24-hour coffee break(!!). If you only have one member of the staff unlocked and you don’t have any friends signed on, prepare for long, long breaks in the gameplay, unless you’re prepared to shell out a bunch of House Credits.

It’s too bad House MD—Critical Cases sabotages itself, because the game’s concept and storyline are a nice change from the usual feel-good farming Facebook fare. On the other hand, maybe the constant cash-grabs from Ubisoft are just a commentary on the United States’ profit-driven health care system. Yeah, sure! That’s it!

…Unfortunately, the game’s still not very fun to play.