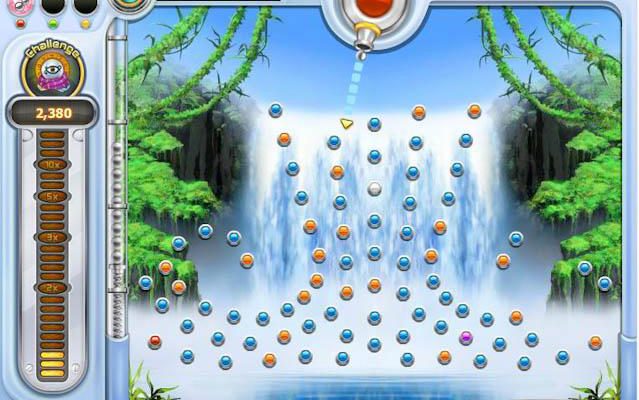 Peggle is now on Facebook, although chances are that you haven’t seen it advertised during your daily bouts with Bejeweled Blitz and Zuma Blitz. Here, it’s known as HotShot to its rapidly growing legions of fans, and it was created by a small studio that has nothing to do with PopCap or its wildly popular Pachinko-inspired masterpiece. As we’ll see, that’s a bad thing. But while such risky copycatting normally makes for a mediocre gameplay experience, PlayQ has pegged down what makes Peggle fun while smartly adapting the game for a social platform. Now we’re just eager to see how PopCap responds.

HotShot‘s gameplay is basically a clone of Peggle‘s (down to the very colors on the pegs), although it wisely grants bonuses through familiar social gaming staples, such as coins instead of through mere level progression. Your basic object is to clear the screen of orange pegs by firing a projectile from a cannon at the top of screen, after which the projectile bounces off blue and orange pegs on the way to the oscillating bucket. Your points also accumulate and gain multipliers as the ball makes its way down, and it’s possible to win another ball if you either build enough points or land the ball into the bucket. As you progress, the maps become progressively more difficult, but you’ll always have an advantage as long as you hit the colored peg that activates the special ability you bought before the level started. 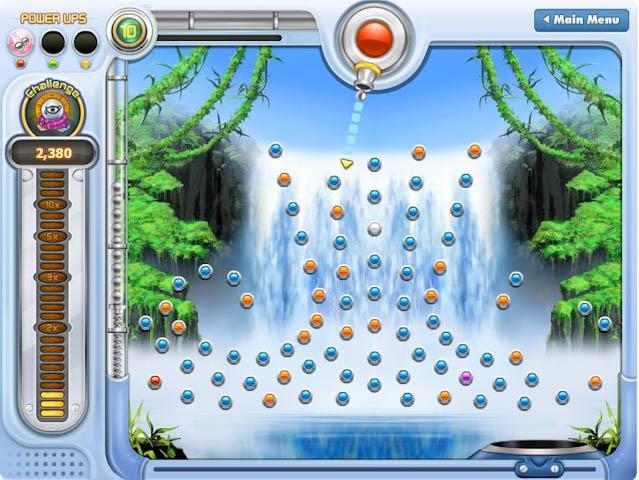 It’s hard not to notice that HotShot lacks the adorable unicorns, beavers, and other creatures that narrate Peggle‘s gameplay and who watch the movement on your ball from atop the cannon. In HotShot, the cannon is just a cannon, and the otherwise decent backgrounds lack something of the playfulness of Peggle‘s originals. These are, of course, necessary omissions—since including them would have removed all pretense of making HotShot a new game and rendered PlayQ fair play for embarrassing legal action.

But HotShot does surprisingly well when it comes to adapting this unabashed doppelganger for a social platform. You must buy virtually every bonus with in-game coins (which partly accounts for the lack of ability-based “themes”), and some of these are different enough from Peggle‘s bonuses to warrant some attention. While you can buy the familiar option to make your main ball split into two, for instance, you can also buy a bonus that transforms the entire bottom of the map into a gigantic trampoline that bounces your ball back into the game. Other bonuses are based on how many friends you have—which you can also buy outright for some Facebook credits—and you can always get a special bonus from a peg that grants a random ability much like the rabbit’s board in Peggle. From a competitive standpoint, you can win badges and “relics” that appear under your name on the leaderboards. The only potentially bad thing about this setup is that your play sessions are limited by an energy bar that takes one hour to recharge one point. 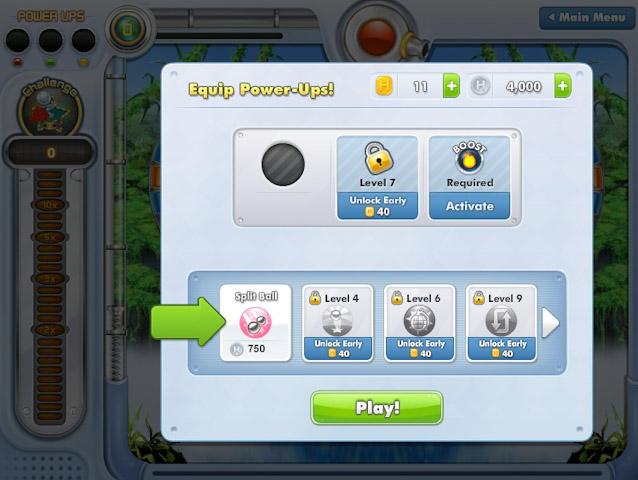 Sure it’s a copy, but HotShot‘s social additions possibly reveal the reason why we haven’t seen a Facebook version of Peggle from PopCap themselves: Its gameplay doesn’t readily lend itself to the “blitz” format that has worked so well for Bejeweled and Zuma. With its widely varying special abilities that simply beg to be bought with some kind of in-game currency, Peggle seems much more suited to the kind of social gaming standbys that work for other arcade games on the platform.

In short, HotShot is a fun game, but we recommend playing it while it lasts. Jeff Green, PopCap’s editorial and social media director, learned about the shameless clone last Thursday and released a tweet saying that “Those guys really should have just gone for it and called their game Puggle.” PopCap hasn’t released many more statements beyond this, but it’s safe to say that it disapproves of Qplay’s attempt to fill the void left by Peggle‘s absence on Facebook. For now, though, enjoy the chance to immerse yourself in a free-to-play version of Peggle. HotShot‘s audience has been growing every day, and there’s every bit of evidence that this model works for the social gaming crowd.