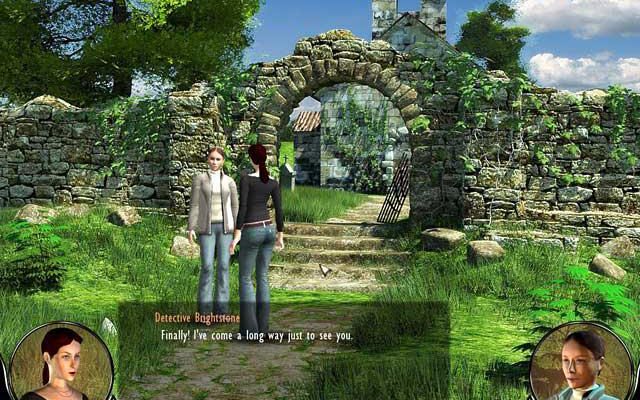 When a hotel in France starts experiencing some supernatural phenomenon, it only makes sense to call the NYPD, right? OK, maybe not. But that’s the premise of Hotel, a point-and-click adventure from Cateia Games (The Legend of Crystal Valley, Iron Roses) that manages to make the genre more appealing to new players, though this will probably make it a far too easy experience for adventure game veterans.

As the title implies, the majority of the game takes place in a mysterious, haunted hotel. You play as NYPD detective Bridget Brightstone, who gets called away from a nice relaxing vacation to go check out a case at a French hotel. But what initially appears to be a simple case of stolen jewelery soon reveals itself to be much larger, involving a massive worldwide conspiracy and lots of supernatural elements. The story is intriguing, and does a good job of keeping you guessing at its many mysteries. At times it does feel a little all over the place, however.Hoteltouches everything from ancient Egyptian gods to the legendary Knights Templar, which makes it feel as though the writers tried to cram in a few too many ideas. 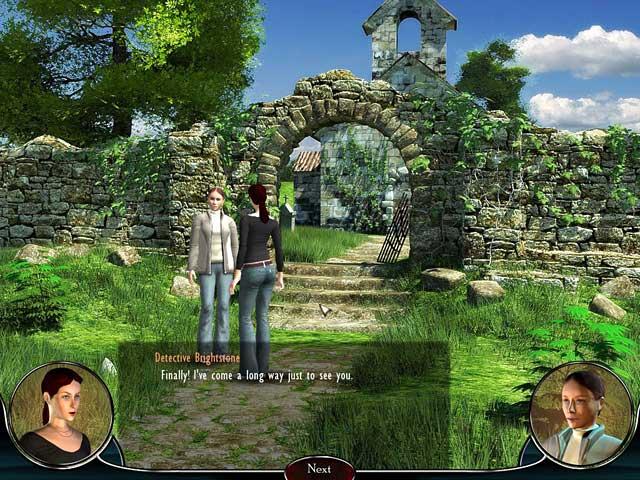 Gameplay wise Hotel is set-up like a traditional point-and-click adventure game. You’ll be exploring various scenes from a third-person perspective, which involves searching for clues, collecting items, solving puzzles, and talking to other characters. The game actually features an extremely useful hint system that helps to eliminate the frustrating pixel hunting that can sometimes plague the genre. Clicking the hint button will reveal all of the areas of interest in a particular area, so any exits or items on that screen will be clearly marked. This saves you the trouble of having to search for items and clues, which does make things quite a bit easier.
The hint system doesn’t give any pointers when it comes to solving puzzles, but most of the time you probably won’t need the extra help anyways. While a few of the puzzles require a little bit of trial and error — trying random combinations of items in the hopes of finding the right answer — most of the time the solution is pretty clear, something that’s helped by the fact that your inventory normally only consists of a few items. There are also a few familiar mini-games to keep things interesting, such as the ever present “piece together this torn up note” puzzle. 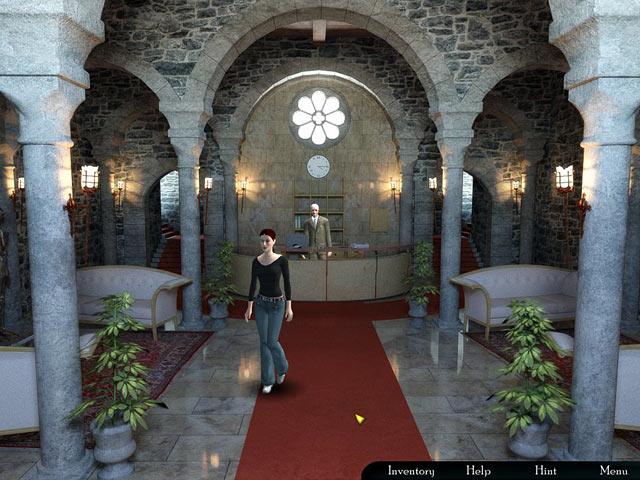 While all of the puzzles are relatively easy to solve, some of them feel a little sloppy. The worst offender is a sliding block puzzle towards the middle of the game where the blocks don’t always slide properly, which is extremely irritating. There are also a few tasks that are made more frustrating than they need to be by the inventory system. Even when you need to use an item multiple times in a row, the game forces you to go back into the inventory to select it each time. So, for instance, if you have to use a wrench to remove four screws, you’ll have to select the wrench four times in order to remove them all.

Visually Hotel is an uneven experience. On the one hand, the various areas you’ll be exploring, in particular the castle-like hotel, look great. You’ll get to see the castle both at night and during the day, and this provides a nice contrast: the hotel looks sunny and gorgeous during the day, while at night everything is appropriately spooky. But on the other hand, the characters look awful and feel as if they were ripped from a decade old game. They’re blocky and animate poorly and it’s often difficult to tell one character from another. The same goes for the CG cut scenes, which look incredibly dated. 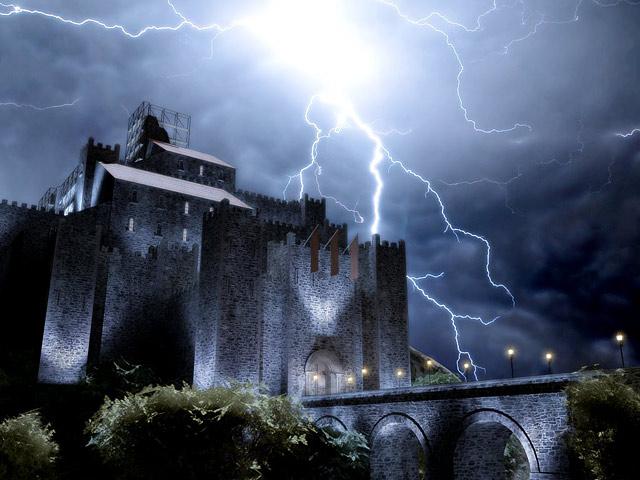 The game does do a good job of setting the tone with a well suited soundtrack, however this too has its problems. While the actual musical pieces are suitably mysterious, there are frequent moments where the music cuts out all together. These instances last far too long and leave you with only the sound of Bridget’s footsteps to break the silence.

With its short length, easy puzzles, and helpful hint system, Hotel is the perfect entry point for those new to adventure games. But these same characteristics also make it a game that will probably be far too easy and unsatisfying for fans of the genre, not to mention the fact that it features some very underwhelming production values. If you’re looking for a good game to get you started in the genre, however, or if you just appreciate a good supernatural mystery, you might just want to check in with Hotel.