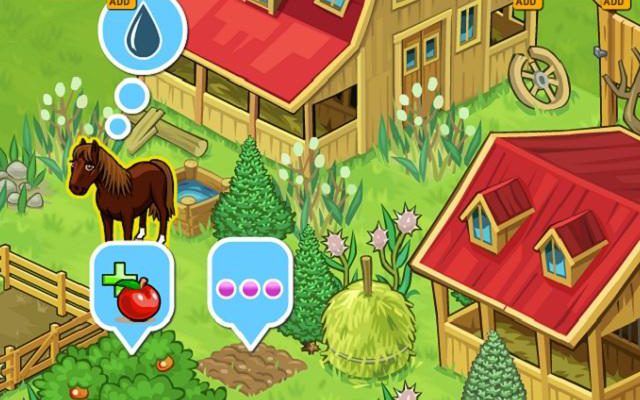 Horse Haven has an entertaining premise, but the execution leaves much to be desired

Horse Haven would seem to be a no-brainer when it comes to constructing a successful Facebook game, combining the virtual pet mechanics of raising and breeding favorite animals with farm sim elements of growing crops and managing livestock. Even better, Horse Haven focuses the whole thing around raising, breeding, and working horses. The basic idea is that you move from a starter horse to obtaining better horses, and then breeding new horses to increase your ranch’s size and replace older horses that are retired “over the rainbow.” 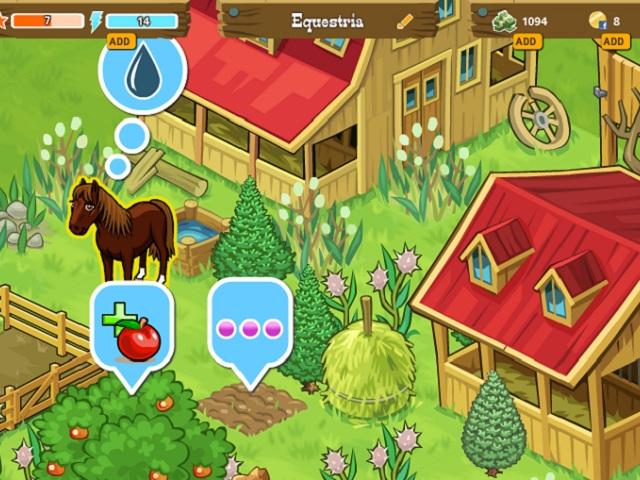 This all sounds very cute and especially friendly to little girls who want to engage in a horse-raising fantasy, but in practice there are a few issues. The biggest problem encountered during this review was the game’s stability. It went up and down frequently on some days, while on others certain game functions would be broken. On one test day the processes that let you raise buildings stopped working. This was fixed a few hours later, but then the process that lets your horse drink water from a trough broke. This was fixed, then later broke again… you get the idea.

The fundamentals of the game are sound and make for engaging play when they work, though. The basic idea of play is that you care for your horse until s/he’s ready to do some work or enter a competition. You can send your horse to a petting zoo or enter it in trotting or riding contests. This lets you earn money, which you otherwise mainly earn from finishing quests and cleaning up your horse’s “compost.” You tend to have less money than you need for buying major upgrades like extra stalls or pens, so there’s a lot of grinding for money. 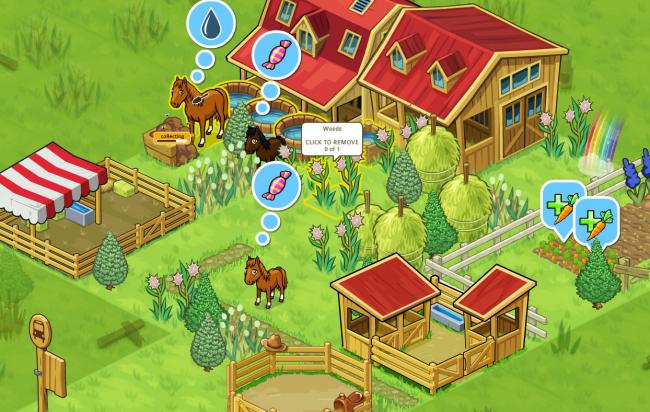 A kid playing the game might have patience for that, since it means more chances to take care of your various horses. If you’ve played a lot of similar games, though, it feels a bit unreasonably tedious. It’s possible the game’s cash curve was thrown off by its technical issues, since some quests during the quest period seemed to appear out of order and some tutorials were interrupted. It’s still an issue so long as the game continues to remain unstable. Stability issues aside, the game ran fine in all browsers tested and looked particularly nice when played in widescreen.

Horse Haven is a nice-looking game, with detailed animations for both foals and adult horses. You don’t get to see your horse work, which is a bit disappointing, but you do get a very expansive view of your ranch. Trees and buildings are very big, as are decorations, which gives you a lot of freedom to design your ranch’s look. Additional structures like the composter, haystacks, and troughs can also be moved around to give your ranch a distinct look. Horse Haven is overall a promising game that just feels a bit half-baked right now. It may be the sort of thing to check out in three or four months, when all the kinks are worked out.