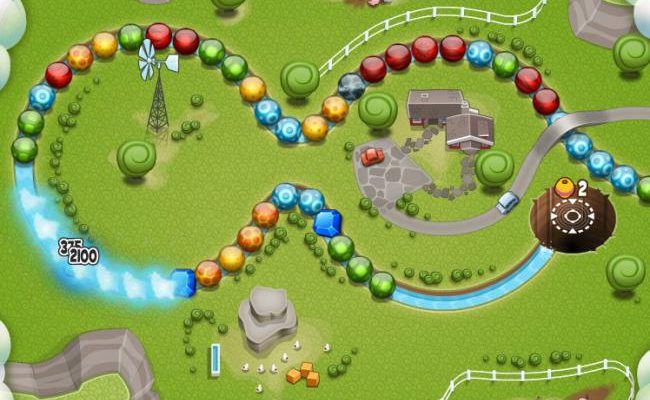 This gem-matching action game is exploding with fun

Adding to publisher King.com’s collection of other “Saga” games, Hoop de Loop Saga brings both the familiar and fresh together for a healthy dose of casual fun. The formula is based on gem-matching favorites such as Magnetica and Zuma, but the balance, level of challenge, and well-designed power-ups make this one of the most enjoyable installments currently available on Facebook.

Hoop de Loop Saga eases players into its gameplay with an attractive presentation and tutorial that covers a slew of entertaining mechanics. If you’re new to the gameplay, the gist is simple: a line of gems snake their way toward a drain, and you’ll need to match three or more of a particular color to destroy groups of gems, slowing down the train in the process. It’s addictive gameplay that Hoop de Loop Saga executes wonderfully. 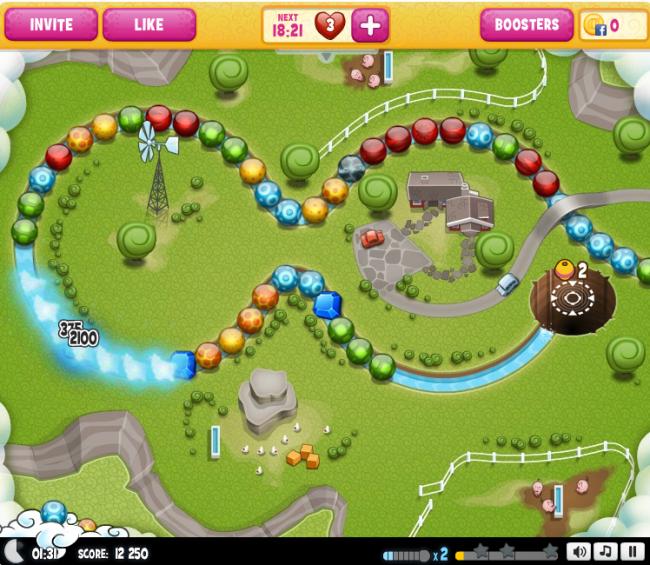 The game is divided into individual missions, presenting players with various challenges that must be competed in order to unlock additional levels. Hoop de Loop Saga is more than merely matching gems, however, and the power-ups in the game allow you to combo matches in explosive ways. Lightning gems, for instance, destroy other nearby gems, and rainbow gems destroy all gems of a particular color. Colliding various power-ups together create combos that are incredibly satisfying to watch, and often you can complete entire stages simply by mashing the right power-ups together.

The variety of missions is robust, and there are a ton of cool backgrounds and level designs to enjoy. Rather than use energy per mission, you’re given five lives that can be replenished over time; fail a mission, and you lose a life. It’s an excellent approach that encourages players to try their hardest and keep coming back for more.

If I had one single criticism it would be to say that the controls take a little getting used to. Control is mostly a matter of pointing and clicking where you want to shoot your gems – with the space bar on your keyboard used to switch out gems – but aiming takes a bit of practice. The game’s easy to jump into, but as the lines of gems speed up in their decent it can be difficult to line up shots accurately. 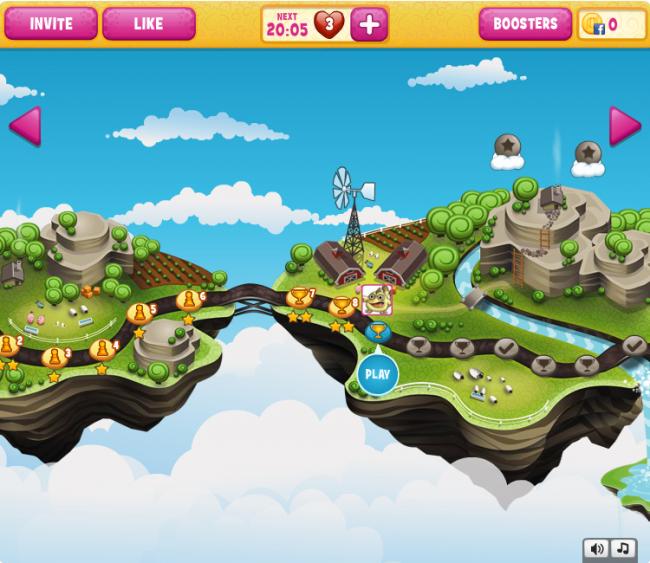 Hoop de Loop Saga has the added bonus of an excellent presentation. There’s nothing quite as satisfying as watching and hearing massive power-up combos explode while racking up huge multiplier bonuses. The levels are pretty to look at, and slowdown was never an issue. Subtle differences in level hoops have a big impact on the gameplay and strategy, and there’s ample content and variety to enjoy here.

If you’re a fan of visual flair matched with challenging and fun gameplay, Hoop de Loop Saga is definitely something you’ll want to sink your teeth into. The basic formula is nothing new, but the power-ups and eye candy make this game an absolute treat for the senses.

Surface: Mystery of Another World Review