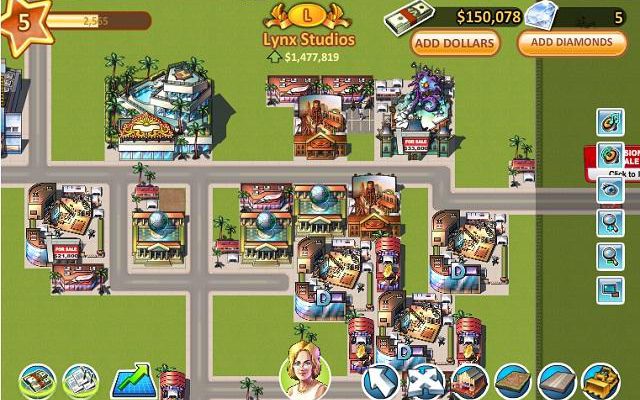 Why bring this up in a review of Hollywood City? Well, as it happens, Hollywood City and Millionaire City are basically the same game. Hollywood City’s theme is making movies instead of renting property and there’s a new feature that involves interacting with a rival character who’s out to get you. Otherwise, you do pretty much the same things in the same interface on what is probably the same engine. 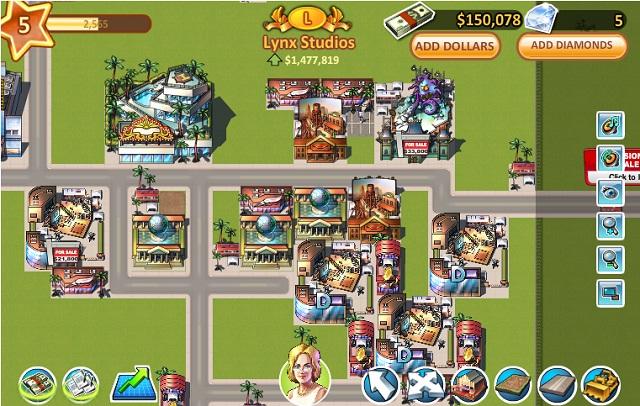 Obviously, this makes it difficult to imagine why a Millionaire City player would pick up Hollywood City. Everyone else may find it preferable to Millionaire City, thanks to its fun movie theme, streamlined gameplay, and glitzy Californian visual theme. Millionaire City is itself a very good game, so a near-exact clone of it is almost by definition going to be roughly as fun as the original. 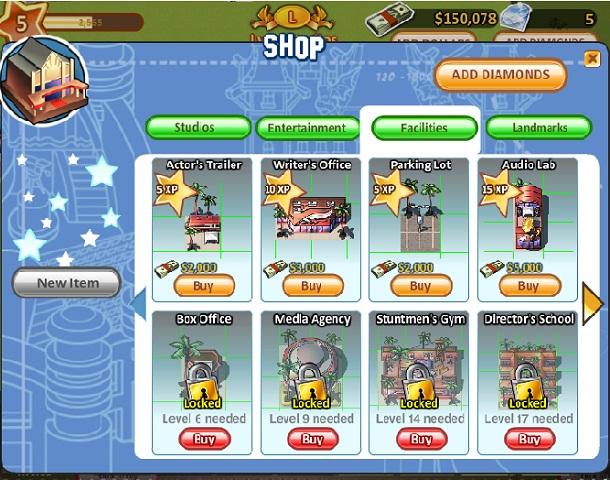 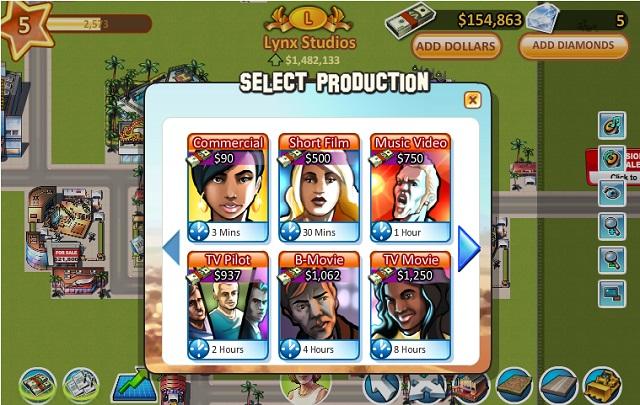 As in Millionaire City, there’s a useful set of missions where a mentor-type character offers you bonus cash for fulfilling particular goals, like building so many of a certain type of studio or stockpiling so much cash. The Hollywood City missions are a bit easier than their Millionaire City counterparts, but do a slightly better job of helping you build a solid foundation for your… city? Studio? Studio city, let’s say. After all, you need to connect each film studio to your headquarters with an actual road system.

At the end of each mission tree, you have a run-in with your rival Ruth Less, who tries to do something nasty to you. Aside from giving you amusing flavor text, you basically just choose between a money bonus and an experience bonus when you deal with her. Still, being basically amusing is a goal that most social games don’t actually achieve. Despite being a very new game, the servers are rock-solid and the gameplay is extremely polished (since it has the benefit of, well, following Millionaire City).