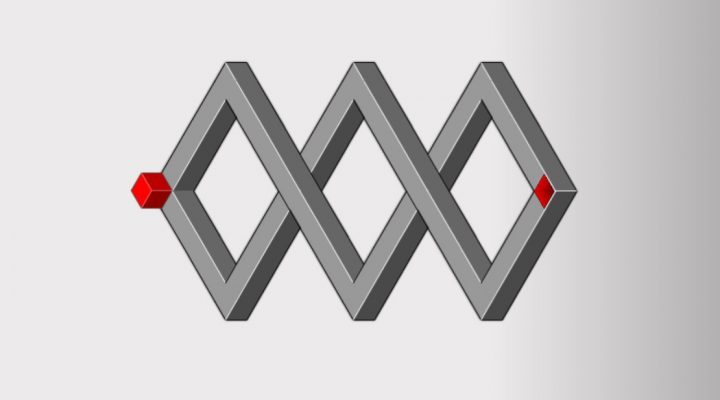 When I was in college back before the turn of the century, there were certain posters guaranteed to be in a dorm room: a 90s alt rock band homage, an irreverent movie poster like Pulp Fiction or Trainspotting, something with booze puns, and an M.C. Escher print. There was a social cache in displaying an Escher image because it was simultaneously “cool” and “smart” art.

Escher’s artwork features illusions, impossible objects, and perception paradoxes that make a viewer look, then look again to try to understand how space could be rendered as it was shown. Such illusions of perspective use shadows and angles to stimulate the brain’s impulse to interpret these two-dimensional images as three-dimensional objects. Hocus, a brain-twisting puzzler which shot to the top of the App Store charts this weekend, leverages that impulse in a game that would surely entertain Escher himself. 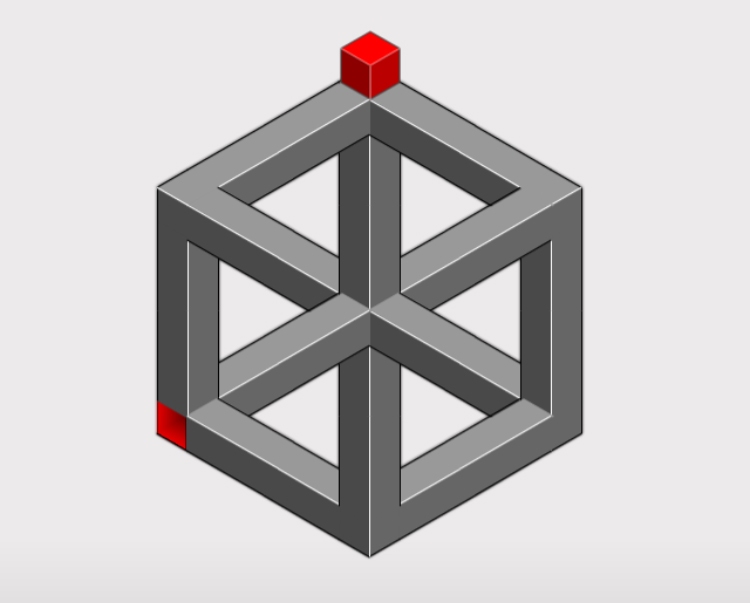 Hocus features a series of 50 increasingly more difficult puzzles based on moving a small cube around a linear framework to sink it into a hole. The puzzles are impressively varied while maintaining a cohesive visual aesthetic. Each is an impossible object- an optical illusion with planes that couldn’t exist if they were actually three-dimensional. The magic of Hocus is that the small red cube you are controlling can actually cross visual planes that appear to connect or be adjacent, but would not connect in reality. A similar mechanic is used in Monument Valley, incorporating an environmental point-of-view rotation which is not available in Hocus; the only thing you can move here is the cube. Incidentally, there is a great little animation in the opening menu where puzzles spawn from an individual block; it would be a great addition in the future to have each static puzzle spawn in such a way once loaded.

Though progressively challenging, the game is mellow because there are no timers or infamous “star” ratings based on performance. The soundtrack consists of simple chimes, which add to the chill feeling of the gameplay. However, moving the box creates a “clinking” sound which I found bothersome enough to turn off the sound entirely. 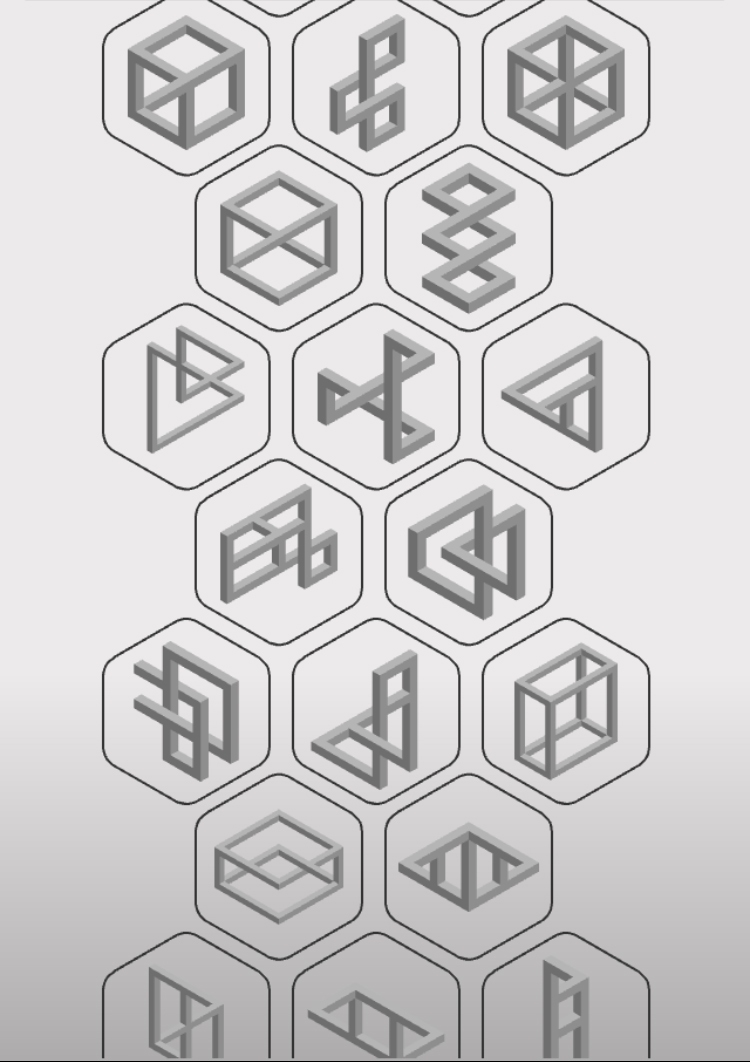 As you move the cube over planes it will nest into corners, ostensibly changing directions and accessing “impossible” sides of the latticed beams that seemed previously inaccessible. Because it’s not always apparent due to sightlines, each puzzle includes a directional compass to help you determine which way the cube can go; I would have liked the option to hide this and call it up if needed. Once you’ve moved the cube to its final destination, it sinks into the puzzle with a satisfying drop and the next level opens up. The levels are static, with no option to rotate or zoom in on the environment. It would be easy to complicate a game like this but the design is restrained, using only red and shades of grey to show dimensionality. With nothing to hide behind, Hocus must deliver- and it does.

For those who make it through the first 50 puzzles, there is a promise of more challenges coming soon. Even without more levels, the reasonable $0.99 download cost is a value for the experience. In a mobile game marketplace filled with saccharine cartoons, oppressive energy systems, and screens stuffed with blinking buttons, Hocus is a palate cleanser for the thoughtful gameplayer. The game is perfect for short play sessions while also feeling like a good workout for your brain. This isn’t mindless tapping, but rather, a series of well-considered mental exercises. Just as the Escher art which it evokes, Hocus is simultaneously “cool” and “smart” entertainment.