By Maria Alexander | 9 months ago 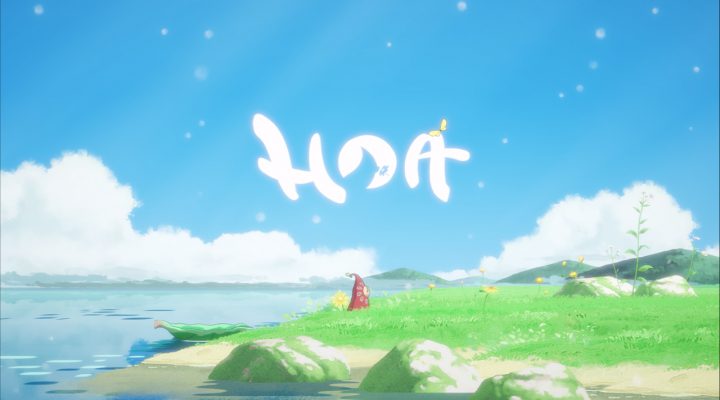 Hoa is a beautiful game to look at. Inspired by Studio Ghibli it’s a 2D platformer that is never less than stunning to gaze upon due to it beautiful hand drawn art.

Sadly it can’t just be looked at, it has to be played too. And it’s here where PM Studios’s title falls a little short.

You play as the titular Hoa, who has to work her way through a forest to discover exactly who she is – and why.

Things unfold slowly, and you gain more abilities as you progress – such as a double jump and the ability to fly. You have to also use the various creatures in the forest to progress. Generally by using them as platforms, the poor things.

It never becomes too taxing though, with each area usually involving you having to collect a certain number of items by navigating a basic map.

The game sets into this structural pattern early and doesn’t change things up across the short runtime (around 2-3 hours) either.

There’s no real challenge here either, with no risk of death – one common enemy just kicks you away for example, dealing no damage.

It’s all geared towards being an experience rather than something you grind through, and we can respect that.

Some design choices are odd though, such as the final act having a very long sequence where you have no control over the main character. It’s a fairly important point in the narrative, so it’s perplexing you have no say in it whatsoever.

Despite this, there’s no doubt we were whisked away by Hoa at times – largely thanks to the wonderful hand drawn visuals and melancholic soundtrack. There’s an amazing world that’s been created here, it’s just not always the most exciting place to explore.

Hoa looks to offer up a relaxing experience first and foremost though, and because of its amazing aesthetics it largely succeeds in this aim – but it’s still hard to overlook its lack of ambition in the gameplay department.

Flarts Review – It’s Flying Darts, Get Your Mind Out of the Gutter