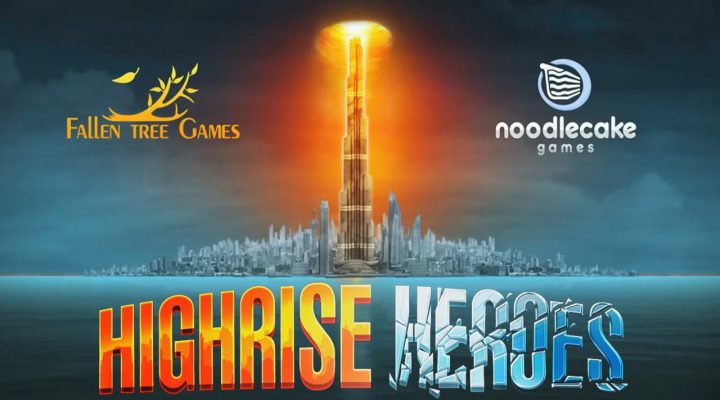 Adds lots of neat ideas to the word-building genre.

Some valid words aren't recognized by the in-game dictionary.

It’s amazing what a bit of urgency can do for your motivation. Take Noodlecake’s Highrise Heroes, for example. It’s a game about helping a motley crew of strangers find their way out of a wrecked building following an earthquake by spelling words.

Maybe you flunked out of that spelling bee in grade two (it’s “S-A-Y-S,” not “S-E-Z”), but when people’s lives are on the line – even the lives of pretend game characters – you may discover you’re a spelling prodigy after all. 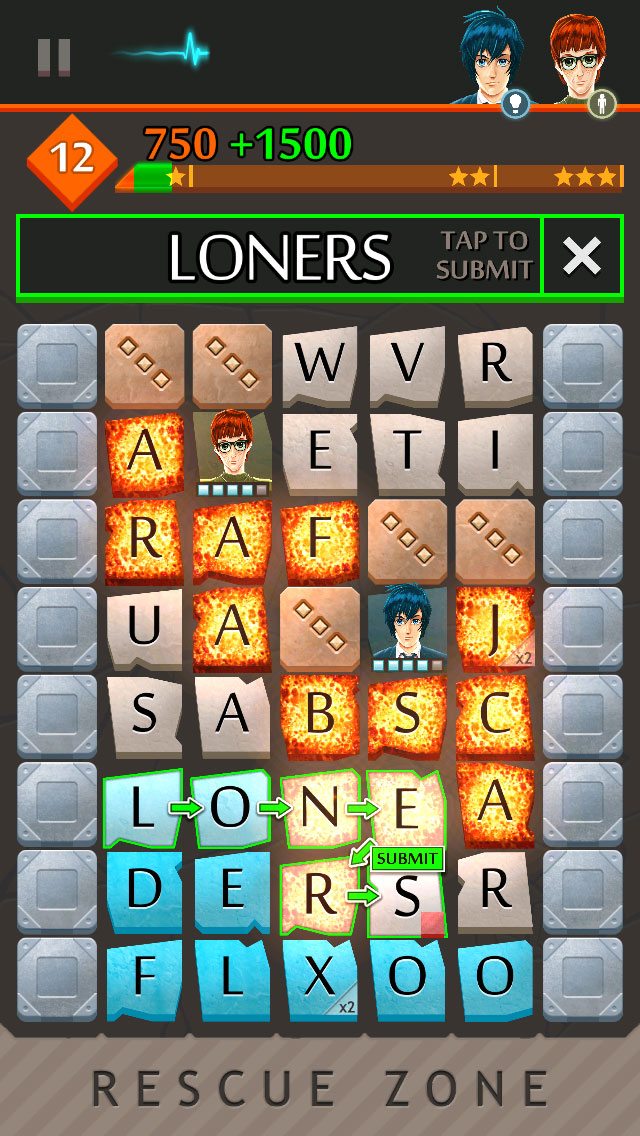 Highrise Heroes is a word-building game. Its closest relative is probably PopCap’s Bookworm. However, there’s far more to the title than just linking letter tiles to score points. Building words also builds a story and a cast of characters. Sure, a word game fueled by a melodramatic story of escape is a weird concept, but it sure does keep you playing (there’s that “motivation” thing again).

Highrise Heroes’ protagonist is Seb, an intern who’s under the whip of a mega-corporation. His first day on the job becomes much more interesting when an earthquake rattles the building. He hits his head and promptly suffers amnesia, as heroes do. He retains enough of his brains to realize he needs to get out of the building, which is filled with rubble.

On his way down to the ground floor, Seb meets other evacuees including a secretary, a lawyer, a jerk, a chimpanzee, and others. As more characters join the escape party, they bring along skills that can help you with tight levels. Lydia the lawyer can swap a character’s position with an adjacent letter tile, for instance, and Seb can show you a valid word on the game board.

These powers come in handy, as there’s far more at stake in Highrise Heroes than the joy of making seven-letter words (though that still applies). Level gimmicks differ from stage to stage, but you’re generally expected to “rescue” your team (whose portraits are mixed up with the letter tiles) by getting everyone to drop to the bottom of the screen. But you also need to deal with challenges like dwindling oxygen, which is replenished by spelling words through the characters’ portraits.

Speaking of oxygen, Highrise Heroes is a gas. It’s deeply satisfying to play thanks to the fact you can make obstacles and objects explode by spelling words with five letters or more. I can’t be the only one that loves the sound of bricks shifting. It denotes progress. 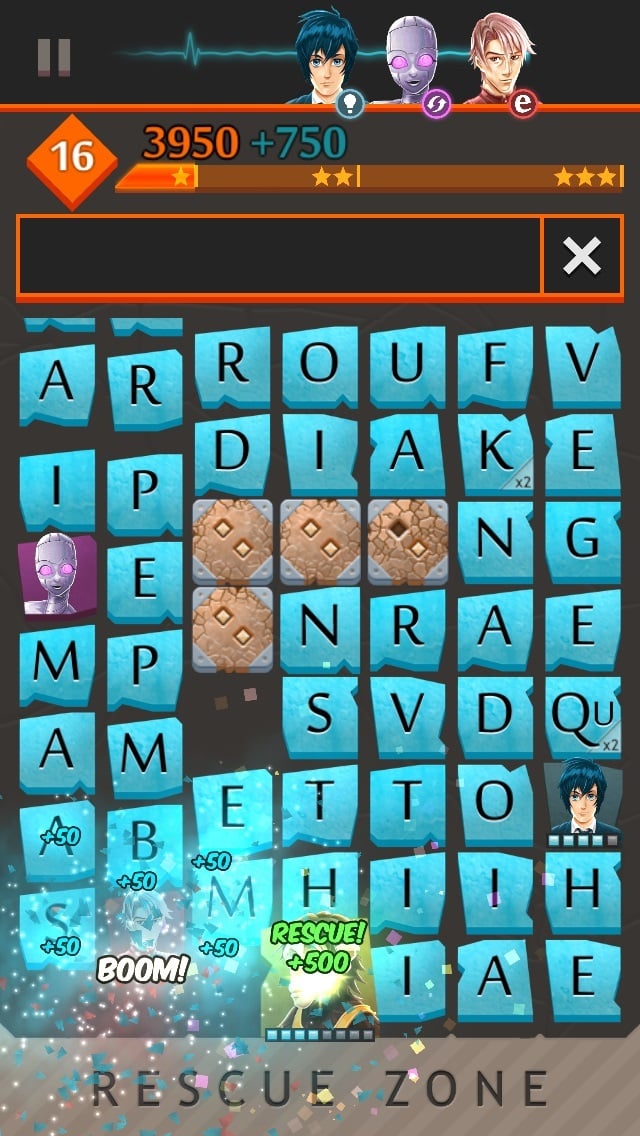 Highrise Heroes’ story is also worth following. There’s a lot going on here, which is surprising, and the goofy but earnest cast is easy to connect with. The graphics are good, and the soundtrack is brilliant.

There are even multiple monetization options. You can play for free using a life system (you only lose lives if you fail at a stage), or you can unlock the entirety of the game and get rid of advertisements for a fair price.

Highrise Heroes has a single significant flaw, however; its in-game dictionary is poor, and sometimes doesn’t recognize valid words. It doesn’t happen often, but it’s worth noting.

Otherwise, Highrise Heroes is a deep word-building game that offers reams of content in addition to a good story. Slip into your rescue gear and grab your dictionary. There’s a monkey here that needs your help.