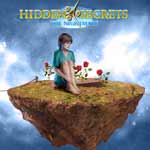 Fans of Azada and its unique mixture of puzzle-solving and point-and-click gameplay will find a similar kind of adventure in Hidden Secrets: The Nightmare, but with a gritty edge and darker storyline.

You play as Flora Dale, a young woman who at the beginning of the game is lying comatose in a hospital bed, the victim of some sort of trauma. In her mind’s eye, Flora travels to familiar locations as a series of dream-like out of body experiences, and attempts to piece together the events leading up to her accident to figure out exactly what happened to her and why.

By exploring each location in Flora’s subconscious nightmare and solving the puzzles there, you’ll uncover a special item that will help jog Flora’s memory and reveal a little bit more about her life and what she was doing before she ended up in the emergency room.

Hidden Secrets: The Nightmare plays a bit like a point-and-click adventure where you must solve puzzles by investigating each of the game’s twenty scenes for useful items and using them in the appropriate places. In one example, you’ll have to find a set of batteries and drag them into a remote control to make it work, then use the remote control to turn on the TV, which displays a message prompting you to read the book on your bedside table, which, when opened, reveals a birthday card that causes Flora to remember that it was someone’s birthday recently – an important clue.

However, one major difference between Hidden Secrets: The Nightmare and other “true” point-and-click adventures is that the puzzle-solving is confined to one room at a time instead of being able to walk from one location to the next, talk to other characters, and so on. Veterans of adventure games like the Nancy Drew series will find the puzzles in Hidden Secrets: The Nightmare not as challenging in comparison.

One of the ways that Hidden Secrets: The Nightmare makes up for this is by offering a grab-bag of 30 different mini-games that must be completed in between levels. Many of these games are old chestnuts that will be familiar from other games – including Azada – such as various peg-in-hole puzzles, moving rings of different sizes across a row of pegs, unscrambling pictures, spotting the differences between two photos, re-arranging match-sticks into squares, fitting shapes correctly into a stained glass window, and Sudoku. You can replay mini-games again at any time from the main menu.

Unfortunately, the mini-games have nothing whatsoever to do with the story and seem more like a tacked-on diversion than anything else – much like the mini-games found in many hidden object games. The mini-game challenges must also be completed in whatever time is left over after you’ve completed the point-and-click portion of the level, which in a lot of instances isn’t much.

Thankfully, if certain types of puzzles aren’t your cup of tea, you can use a limited number of Skips to bypass that set of puzzles entirely. You’ll start with two Skips, and they replenish slowly over time.

Hidden Secrets: The Nightmare would arguably be a more fun game if it wasn’t timed at all. There are harsh penalties for incorrect clicking, which although designed to prevent random clicking, also undermines the sense of discovery and experimentation from testing out different solutions to puzzles. Some of the puzzle solutions are quite obscure and really can’t be solved by another means than random experimentation (or using one of your precious Hints, which eats into your time limit). Take, for example, a scene in the MRI room where the unlikely solution is to lay what appears to be a hairbrush from someone’s purse onto a scanner, which produces… a roll of printer paper?

Hidden Secrets: The Nightmare does offer suitably creepy music and real voices in addition to just the text, which are nice touches. Dialogue can be skipped if you choose, which is a welcome touch if you’re playing through the scene a second time and want to go straight to the puzzles.

It’s hard to shake the feeling that Hidden Secrets: The Nightmare is an attempt to cash in on the popularity of Azada by creating something that is similar in so many ways. The story, however, is an admirable attempt at tackling a more mature theme that’s a departure from the love stories and mystery-lites of most casual games – even though I saw the ending coming a mile away.