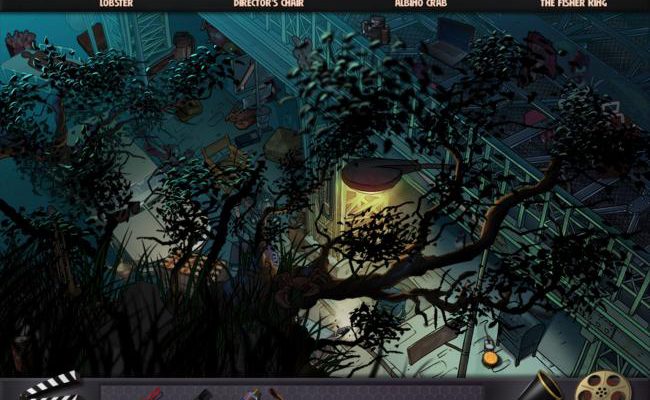 Hidden Runaway has great intentions, but it won’t appease old fans of the series or bring in many new ones.

It’s always sad to see a romance come to a bitter end, especially when that romance was forged in adversary. Runaway, a classic PC adventure from 2001, made a splash with its boy-meets-girl (by accidentally hitting her with his car) story introduction, which rapidly swells into a tale about two star-crossed lovers running for their lives. Hidden Runaway for iOS re-visits that story, but now its main characters, Brian and Gina, are a bitter, separated couple. The idea is to reunite them over their memories, but given how clumsily Hidden Runaway plays, the two may as well just finalize the divorce papers.

Hidden Runaway takes place ten years after Runaway. Gina and Brian are living apart and can’t stand each other, but they agree to meet you (a therapist/producer) to go over their story. 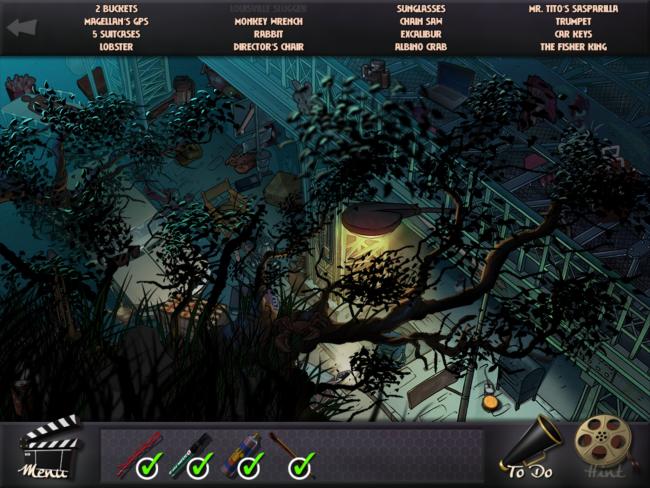 Hidden Runaway offers up the same story PC adventure fans grew up with once upon a time, but the gameplay has been tweaked for casual audiences—at least, in theory. There’s still lots of point-and-click action, which is good, and there are jigsaw-style puzzles, which are good, and there are brain teasers, which are also good. Hidden Runaway‘s new hidden object scenes, however, are a mess—no pun intended. Even on a larger screen, the images are way too dark, objects are too small, and details are easy to miss. No lie: the only way you can effectively find everything (unless you sit around and wait for the hint reel to crawl through its cool-down) is to poke around the screen at random and hope for the best.

It’s a shame that Hidden Runaway‘s hidden object scenes are such a disaster, because the game really misses out on a chance to introduce a great PC game to a new generation of game players. Attempting to talk Gina and Brian through their relationship troubles is a great way for veterans to re-experience the story — not to mention it’s pretty funny. There are also animated cut scenes aplenty, and they look good. There’s no voice acting, but given how hit-and-miss in-game voices can be for iOS projects, that’s probably for the best. 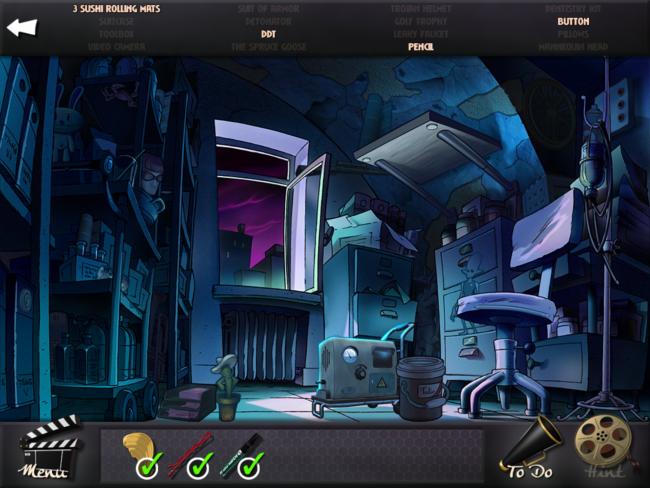 With its decent puzzles and wonderful presentation, Hidden Runaway has a lot of potential as both a nostalgia trip and a means to revive adventure games on a new platform. Unfortunately, the wretched hidden object component makes it a hard game to recommend. Newcomers will quickly get frustrated, and the series’ fans will wind up on the couch alongside Gina and Brian as one more victim of a broken heart.