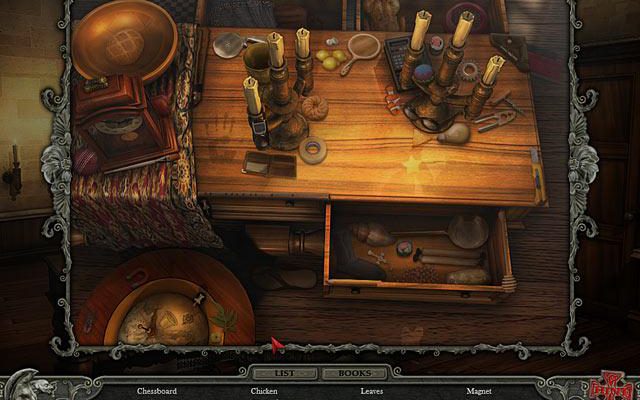 As the hidden object genre becomes more and more crowded, games have to try harder to be considered worthwhile. There’s nothing really wrong with Hidden Mysteries: Vampire Secrets, it’s just terribly ordinary. In a field where true standouts are emerging, Vampire Secrets‘ biggest crime is that it’s simply not special. 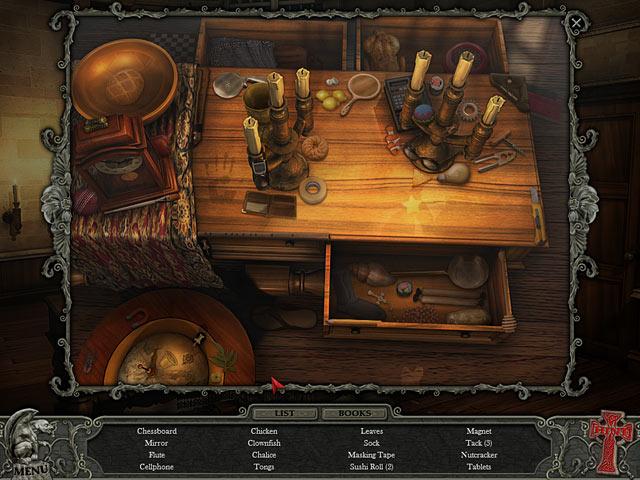 You play as Claire, who decides she needs a vacation after suffering from a series of painful visions. She heads off to visit her beloved Aunt Rosie, who she discovers has mysteriously left town. Rosie, it turns out, suffers from visions of her own, and only Claire can discover the evil that is threatening the town and allow Rosie to return. It doesn’t make much sense, really, but it does give Claire an excuse to prowl around the churches and lighthouses of Savannah.

Claire will have to scour each location she visits to determine why it’s featured in her visions, which is where the object searching comes in. The searches are fairly easy, list-driven fare, with nicely drawn scenes that tend to rely just a bit too much on finding multiples of items. Each hidden object level produces an inventory item that can be used to overcome an obstacle or help solve a puzzle, such as a screwdriver to take the head off a pitchfork or sheet music for a pipe organ.

Mixed in with the environmental puzzles are more classic brain teasers that you’ve seen plenty of times already. Manipulate levers to open a door, align tiles so that the colors match up, play a tune on the aforementioned pipe organ: None of the tasks put to you in Vampire Secrets are awful so much as they’re just uninspired. 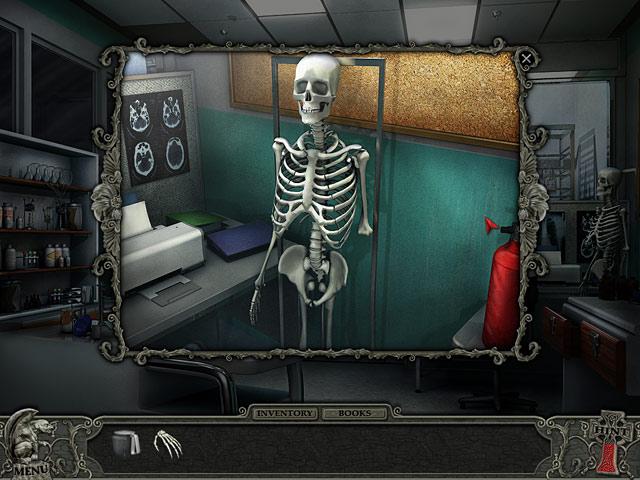 That’s the real trouble with Vampire Secrets – you’ve done all of this before. The story isn’t original, the puzzles aren’t original, the object searches aren’t original. And while the game does a perfectly fine job of checking every box on the Hidden Object 101 list, it all feels just a bit unpolished and amateurish. Little things, like the poor voice acting or the way inventory items pulse before making their way to the toolbar are just grating enough to be noticeable without being complete game-breakers. A fun sidequest or innovative feature would counterbalance the sameness of the gameplay, but collecting books just isn’t all that interesting.

If you’re a fan of all things vampire, then you will more than likely find enough in Hidden Mysteries: Vampire Secrets to stay entertained, but otherwise you’re better off giving it a miss. Not only are there better hidden object games, there are better vampire-themed hidden object games, like Love & Death – Bitten. Hidden Mysteries: Vampire Secrets is adequate, unimaginative, and, worst of all, completely forgettable.