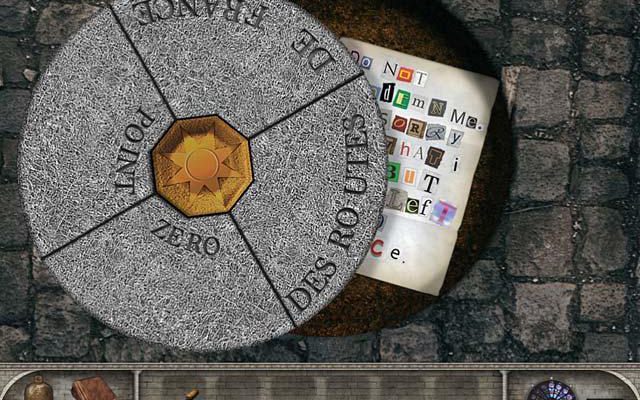 Hidden Mysteries: Notre Dame is not a bad game, but it’s not a particularly good game either.

Hidden Mysteries: Notre Dame – Secrets of Paris opens with the bishop of Notre Dame walking the grounds of the cathedral. When he notices that the priceless relic, the crown of thorns, is missing he calls the Préfecture to report the crime. You are sent to find the crown of thorns and the thief and make certain they pay for their crime. Considering the number of crimes and acts of vandalism you commit by the end of the game, which include breaking into a car, destroying a tile in the cathedral and cutting up a piece of artwork, it’s surprising that you don’t earn a little jail time of your own.

When the game first starts, you mention that you are happy to have been sent at night because you use “eccentric investigative techniques.” What are these techniques, you might ask? You’ll never find out. You’re investigative style is no different from every other standard hidden object game on the market. You will go from scene to scene and searching for the items that are listed. You will also be accumulating inventory items from the scenes and solving inventory puzzles. Occasionally you will encounter a traditional puzzle, but none that truly stand out as unique or difficult. 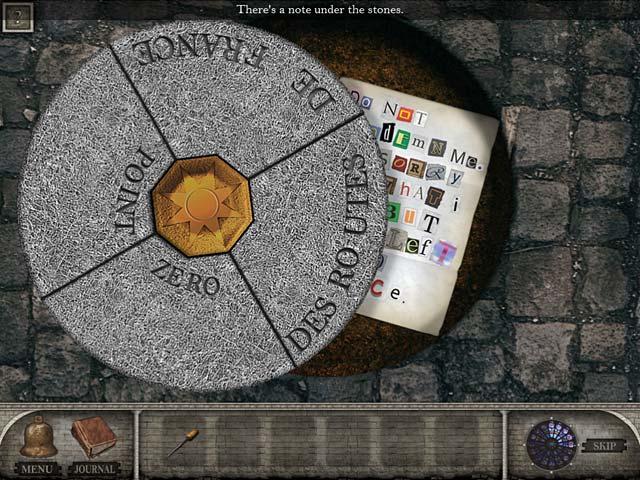 The hidden object scenes are your typical junk piles. Someone needs to hire a cleaning service to tend to Notre Dame, or at least some guards because the tourists must be leaving everything behind. The objects, while they a placed well and don’t appear pasted into the scene, do not make sense within the context of the scene. It is hard to believe that someone would leave a gas mask, a coffee pot and a dumbbell just laying around the cathedral. The items not matching the setting breaks the ambiance that the game is trying to create.

At about the halfway point, the game take a turn for the supernatural, when out of nowhere you are met by the ghost of Victor Hugo. After this you will meet several other historical figures who protect Notre Dame. They will also share some historical details with you and help you discover who stole the crown of thorns. The first time a ghost appears it’s a bit jarring, because up until this point there was no indication of supernatural involvement whatsoever. Each ghost needs you to return an item to them but they won’t appear until after you have returned the object.

For an investigation, you will not be doing much questioning of your only witness. The bishop is so distraught about the theft, and apparently his missing watch, that he refuses to leave his room, or even to answer questions through his door. Oddly, this is perfectly fine with you. 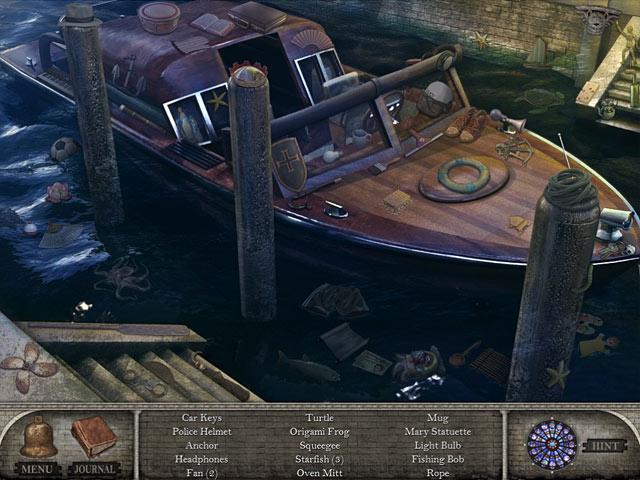 Hidden Mysteries: Notre Dame mainly consists of going from room to room and finding all the objects in the scenes. You will be traipsing back and forth a lot and the game actually has a very helpful system so you don’t get lost. If you right-click during the game you will be shown everything you can interact with in the room as well as all the exits. If you are still unsure of what to do, you can open your map and see all the rooms that require some kind of action. This makes it very hard to get stuck, but it also makes the game fairly easy. It might have been nice to have had an second mode for more experienced players that disabled this feature.

All in all Hidden Mysteries: Notre Dame is not a bad game, but it’s not a particularly good game either. It is very short and doesn’t have much to it to make it memorable. It would be a good game for someone who is new to the genre or wants to spend a couple hours exploring Notre Dame.