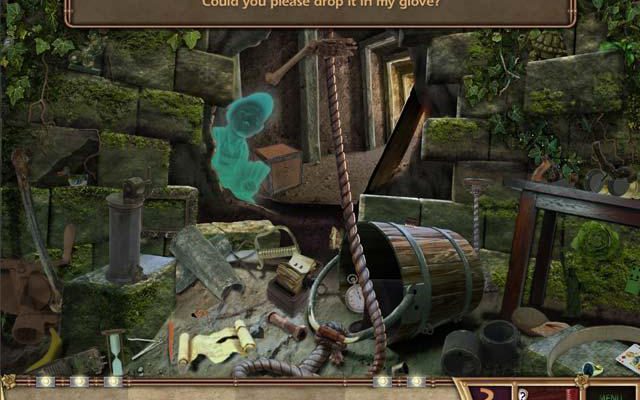 Looking-glass Lane fails to stand out in a sea of HOGs.

Hidden in Time: Looking-glass Lane begins shortly after the events of Hidden in Time: Mirror. You have discovered that you heirloom mirror holds another secret, a letter written by your great-great grandmother, and it seems to be written to you. Apparently your great-great grandmother, Emma, built a time machine and something went awry, of course. While attempting to use a power boost from a passing train, she sent the passengers of the train through time instead of herself, including her granddaughter, your grandmother. It’s up to you to repair the time machine and bring all the lost souls back home or the future will be a mess.

On your adventure you will explore numerous locations while looking for the 12 devices needed to activate the time machine. Along the way you will encounter the lost souls from the train and help them. Each soul you encounter is missing an important item and you must find it and return it to them. You won’t have to look too far though, most of the items are in the same scene. Once you return the item to them you will have access to a puzzle box. The puzzle is the same each time, but the difficulty increases as you go along. There are a couple other simple puzzles in Looking-glass Lane but they are few and far between. 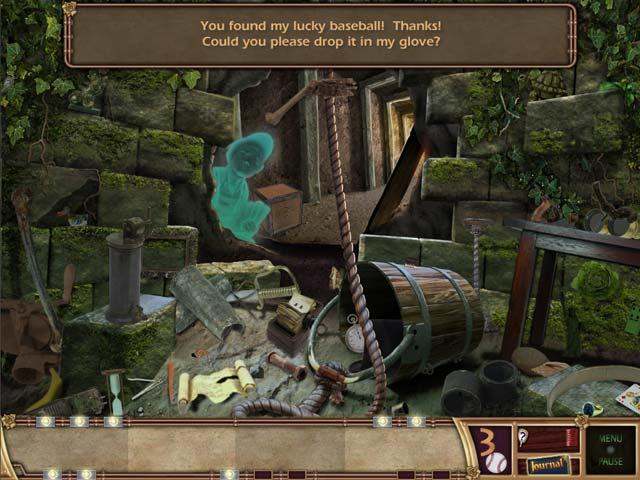 Hidden in Time: Looking-glass Lane is, for the most part, a hidden object game. Every scene you visit will give you a list of items to find. Once you have found everything in the scene you may or may not receive an inventory item. If you do, this item will be used immediately. You will never be carrying more than two items. One humorous feature of the scenes is that when you click on an item that you do not need it will sometimes respond. If you click on a dog it might bark at you or if you click a harp it will play a short melody. This is fun at first, but there aren’t many sounds in the game and they get repeated often.

There is also a mini-game within the hidden object scenes. Each scene has a tin can in it that you can shoot down. If you find all 59 cans you will be asked a question at the end of the game. What that question is, I do not know, as I only found 55 cans. There is also a small mirror hidden in the scene that will give you an additional hint. You also receive an additional hint when you complete a puzzle. As far as I can tell, you can have an unlimited number of hints.

Hidden in Time: Looking-glass Lane is not a very memorable game. After a while the linear gameplay and never-ending scenes of hidden objects become monotonous. Near the end of the game, the gameplay gets very lazy. The second to last device you need requires little effort on your part and the last one is practically handed to you. Usually, you’d expect the final part of the game to be the most difficult but in Looking-glass Lane you are rushed to the finish line.

The graphics are clear but nothing exciting. Items appear to be pasted into the scenes and many of them do not fit with the scenery or time period (although, since this is a time travel game, that could be forgiven). With the exception of the sounds from random objects, the sound effects and music are forgettable. 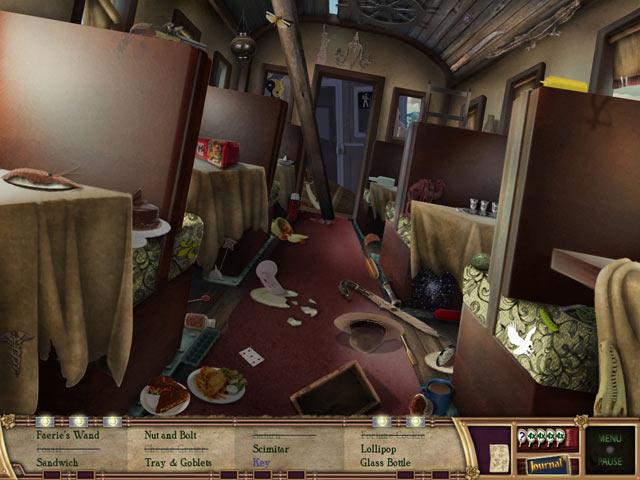 Once you complete the game you will unlock the mirrored mode of the game. This is essentially the same game again, only all the scenes are flipped around. While this does extend the gameplay, it appears that you will be searching for all the same items again.

I would recommend Hidden in Time: Looking-glass Lane to someone who is a die-hard hidden object fan or is new to the genre.