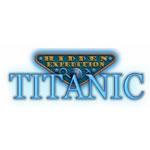 Wriggle into your wetsuit, snap on your goggles, top up your oxygen tank and get ready to explore the most famous shipwreck in history with Hidden Expedition: Titanic from Big Fish Games.

While Hidden Expedition: Titanic does share some key similarities with Big Fish Games’ popular Mystery Case Files series, there are enough differences to explain why the game hasn’t been labeled as simply the next Mystery Case File.

Instead of playing the role of a detective gathering clues to solve crimes, you are a treasure hunter working for the Hidden Expedition Adventure League (HEAL) to investigate the wreckage of the Titanic, the infamous and supposedly “unsinkable” ocean liner which struck an iceberg and sank in 1912 while en route to New York.

The story begins with the player receiving an exciting letter from the director of the Titanic Museum Foundation. The museum has recently discovered that a very valuable long-lost artifact – a jeweled crown once belonging to the Queen – was on the Titanic when the ship went down.

Your mission is to search for the crown in the various rooms of the sunken ship, recovering any other artifacts you come across as well. Although you’re asked to return any artifacts you find to the Titanic Museum, you’re allowed to keep all of the gems you uncover along the way.

The game is broken into 14 dive expeditions across 17 different areas of the ship. For each room you’ll be given a list of hidden artifacts that you have to find before your oxygen tank runs out of air. The amount of air in your tank ranges from around 20 to 30 minutes depending on the level.

While 20+ minutes might seem an overly generous amount of time to complete a dive, the game is hardly a cakewalk. A dive consists of multiple rooms (two to start, increasing to three in the later dives) plus a mini-game, and the same amount of air must be juggled for everything. Waste too much air in the first room and you’ll be left gasping in the last room. You’ll also be penalized for clicking on items that aren’t on your list – the bowler hat instead of the top hat, for example – to the tune of 10 seconds of precious air per click. Asking for hints to reveal the location of a particularly elusive item will also cost you dearly: be prepared to sacrifice a whopping two minutes of air for each one.

The various rooms of the ship, which include the bar, deck, engine room, grand staircase and dressing room to name a few, are filled to the brim with every object imaginable, and it requires a keen eye to pick out the artifacts on the list from the surrounding clutter. A few of the items might be in plain sight, but more often they’re carefully hidden, blended into the background or partially obscured by other objects. Some of the items are so hidden, in fact, that you literally can’t see enough of them to recognize them without using the Hint feature.

There’s also a bit of sly wordplay involved. Having “pennies” on your list could mean to look for either a pile of coins or a bunch of neatly rolled pennies. The word “spade” could either mean a small shovel or the black symbol representing one of the four suits in a deck of cards.

Thankfully, the production values of Hidden Expedition: Titanic are top-notch. Every object in the room is rendered in minute, realistic detail, which makes looking for a tiny green pencil crayon among a cluster of sea grass all the more easy. Barnacles lining the interior of the ship, fish swimming through the rooms, and a suspenseful and mysterious soundtrack round out the package nicely.

Each dive is rounded off by a mini-game, which is a neat touch that serves to inject some personality into the story. You’ll either be given the task of searching for a group of items based only on their silhouettes, or reconstructing an old historical photograph by placing pieces of the restored version on top of the faded original.

With its simple-to-learn interface, the game is suitable for any audience. It’s a little on the short side, but because the item lists are randomly generated, the experience will never be the same twice.

Fans of Mystery Case Files might find Hidden Expedition: Titanic to be a little less sophisticated than the MCF games, given that it has a more simplified storyline and its gameplay is more straightforward. For example, you won’t find yourself using an item from one room to solve a riddle in another room, such as using a battery to power a flashlight to search a second room which is dark, which was a neat feature in Mystery Files: Prime Suspects. (You can, however, find an extra oxygen tank in each room that will refill your air meter.)

By all means, however, give Hidden Expedition: Titanic a try if you’re looking for a gorgeous, easy accessible experience or if you need something to hold you over until the next Mystery Case Files game comes out.