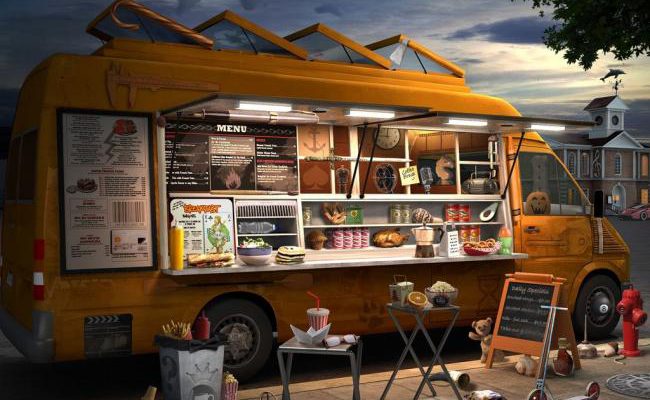 Every time I hear that PopCap has released a new game, I let out a frustrated sigh of defeat and say goodbye to any amount of productivity I had hoped to possess that day. Hidden Agenda, Popcap’s first foray onto the free-to-play hidden object scene, is no different, and will have you scouring a richly populated town of sneaky animals for secrets and clues until it’s time to call in sick to work tomorrow!

In Hidden Agenda, you’ve been hired as an undercover detective by the frazzled Mr. Edison, to investigate some strange and unexplainable happenings in a quiet coastal town. You’ll do that, of course, by hunting for hidden objects in this fun and engaging Facebook social game. The story and atmosphere feel like something straight out of a Sly Cooper game, with talking turtles and foxes strolling down the streets, and a mischievous bass and piano soundtrack to boot. 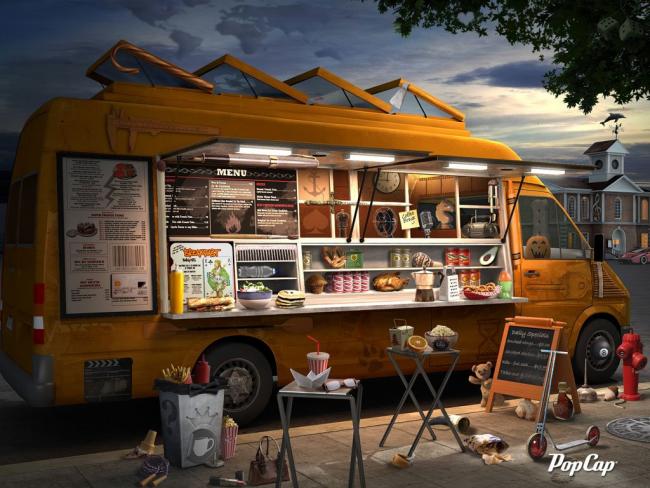 The game is split up into 6 different cases, beginning with the humorous and lighthearted Case of the Nefarious Noodle, and each one contains three different hidden object settings and a fourth bonus one. And if you’re not too fond of noodles, you can always unlock any of the other five cases to work through instead, which won’t be too much out of your beginning price range. Your goal in each case is to retrieve a number of puzzle pieces from each different location, assemble the picture, and find out who dun’ it! Unfortunately the only way to earn these puzzle pieces is by playing the same screen over and over again, until you rack up a total score that’s high enough to “unlock” them.

One of the initial complaints I had with Hidden Agenda was a lack of variety in the items you’re tasked to find throughout the game. In the first ten minutes I spent with the game, I had to find a boomerang on three different occasions, and each round the boomerang was in the same exact spot every single time. Not only did the fixed object locations never change, but there were only 10 or 15 different objects the game ever asked me to find at first.

But the more I played, the more I realized that PopCap had cleverly done this on purpose: so players could achieve a complete sense of mastery for each unique setting, and increase their high scores by tenfold. And I’ll admit there’s nothing more rewarding than flying through a hidden object scene you know by heart, and seeing those combo multipliers rise and your total score skyrocket. Once you’re confident you know your way around a given scene, that’s when Hidden Agenda begins to introduce new objects to really test your speed. Ultimately, these can total up to 80 or 90 different objects to find in any one scene, and by that point, you might start to forget those easy boomerang locations once all these other objects are thrown into the mix.

There are three game modes for each hidden object scene: traditional seek and find, timed, and spot the difference. You’ll usually start off with the default seek and find, but the other two can be purchased for a mere 100 coins a piece. 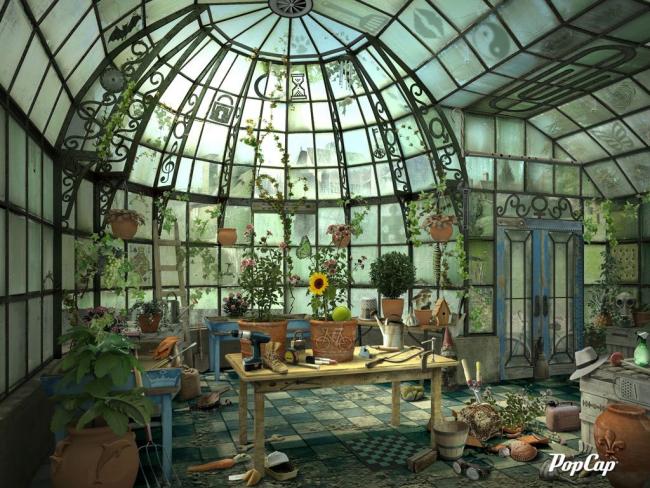 The world map is fairly generous in size, with crisp graphics and such diverse areas as a harbor, a sketchy auto shop, and even a carnival, complete with Ferris wheel. One of the coolest features of Hidden Agenda is the side jobs that you can do outside of the main quest, which have you searching for items in the actual world map itself! These side jobs are never all that difficult to complete, and a spotlight hint narrows down your search area by a significant margin, but it still gives you a great excuse to explore this fun and lively town for just a little while longer.

The social aspects of the game are pretty standard, and mostly what you’d expect from a free-to-play HOG: you’ll need energy and items to access each quest, but you can always speed up any process by sliding a few rare purple gems under the table. Energy depletes fast, and everyone in the game just seems to love taking it from you, but you’ll level up fairly quickly in the beginning of the game, and the reasonably low access costs don’t make it too much of an issue. The quests are nothing special, and are mostly just there to introduce certain gameplay mechanics, or to get you to revisit a hidden object setting.

The game runs smoothly on the Facebook client, and there are many ways to interact with your Facebook friends: from bragging about solving the latest case, to even begging them to spare a few energy points. There’s also a nicely integrated feature that lets you switch to full screen mode right before you start the next hidden object level. The sound effects are wonderfully addicting, and moving around the map or zooming in on the storefronts feels just as rewarding, with responsive and simple controls.

While Hidden Agenda certainly isn’t PopCap’s greatest offering to date, there’s still no denying the incredible charm and production value of this hidden object game; not to mention how much fun it is to play. Well, now that I’ve finished this review, it’s getting late and I still have a whole bunch of clues left to find. So if you don’t see any posts from me tomorrow, just don’t tell anyone I’m playing hooky!