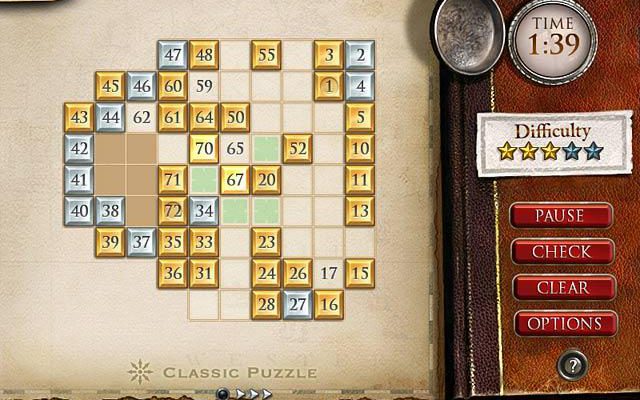 Hidato Adventures is a numbers-based puzzle game with more than 1,000 levels!

At first glance you’d probably be inclined to think Hidato Adventures is a Sudoku game and either sit down or move on (depending on your current tolerance for Sudoku). But good news! This game has nothing at all do to with Sudoku, save for the fact that it’s also a number puzzle. It’s actually quite a refreshing puzzle game unlike anything else I’ve played.

Luckily for most of us (especially me), this is a number puzzle game that doesn’t actually require any math skills whatsoever. No, to solve these puzzles all you need to do is connect number tiles in sequential order either vertically horizontally or diagonally. The trick is that each puzzle has some of the numbers already filled in, so you need to figure out where the rest of the numbers need to be in order to make ever number in the grid connect to the numbers directly above or below it. 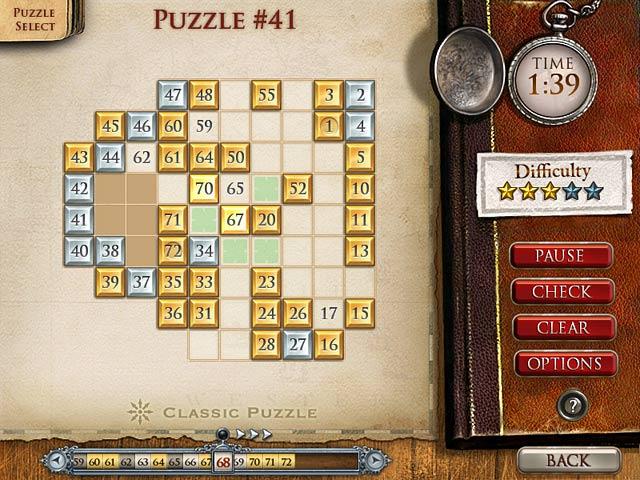 While the game doesn’t require any math, that doesn’t mean it’s by any means easy. Quite the opposite, really. Sure, the first few levels are easy, but after that the difficulty ramps up considerably. It’s a good thing that on easy mode the timer just counts up so you know how long each puzzle took you; it never runs out. You can also skip around the numbers you still need to place, so you can fill in obvious ones or start from the end if you need to try it a different way.

What I really enjoyed about Hidato Adventures is that there’s no hidden trick to it that makes the puzzles all super simple. Sure there are certain tropes you’ll return to here and again, like zig-zagging so you can double back on yourself, but really it just takes time while you whittle each puzzle down here and there till it’s completely full. When you unlock harder stages and you need to string together numbers up into the 80’s and up it’s really quite daunting, and quite rewarding when you’re finished. 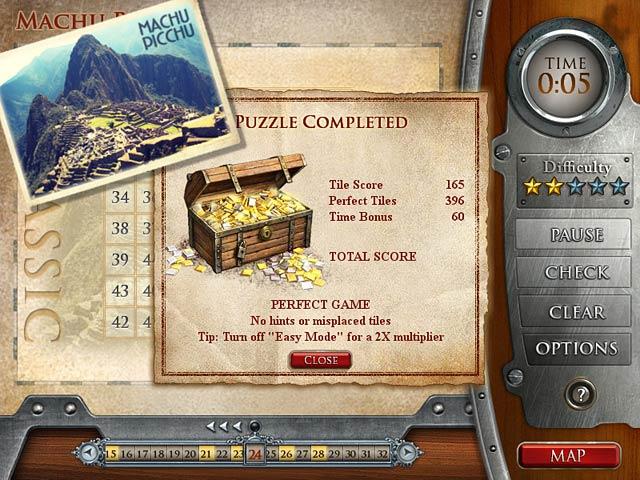 By the time you’re done unlocking all the levels and garnering all the accomplishments you’ll have played over 1,000 levels, which is pretty insane when you think about it. It’s certainly bang for the buck if you’re looking for a game that you can play for quite some time. That’s one way in which it is like Sudoku, you get the same setup over and over but the placement is different so it’s an original solution each time.

There’s a “storyline” in Hidato Adventures – some nonsense about treasure hunting – but don’t be fooled: this is a number puzzle game through and through. The story is whatever. It’s got an original mechanic, tons of puzzles and a real sense of accomplishment when you solve them. Sadly, though, it’s a one trick pony so if you don’t like what you see in level one there’s nothing in the later levels to change your mind.