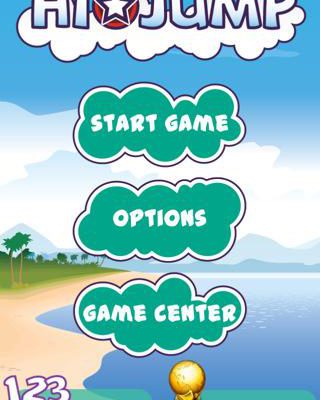 The biggest complaint we had in our initial review of Hi Jump was its difficulty level: the game was simply frustrating, which made it not a particularly fun experience. The developer has attempted to fix this issue with an update that adds a brand new game mode called warm-up.

Essentially, it’s a very long tutorial. Warm-up consists of 50 stages, each of which is very short and does a great job of slowly introducing you to the various mechanics of the game. You’ll start off in an empty stage before having obstacles like barriers and whirlwinds introduced in subsequent stages. 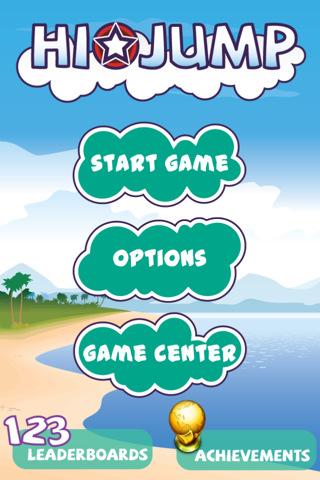 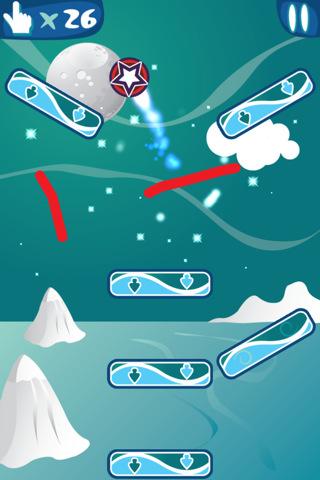 It’s a great tutorial, but it still doesn’t change the fact that the majority of the stages in the main mode are almost impossibly hard, even once you get a bit of a “warm-up.”

Worse still, the update has introduced a bug in which, on many of the stages, the initial “touch to start” text never goes away, which is very distracting and frequently interferes with the gameplay.

We can appreciate what the developer was trying to do here, but even with the 50 warm up stages, Hi Jump largely remains an exercise in frustration.

Sometimes the simplest concepts are the hardest ones to master. In Hi Jump, all you need to do is keep a bouncing ball in the air so that it can reach the top of the screen. Sounds simple. But in practice, keeping that little ball from falling off the screen is immensely challenging and, frequently, infuriatingly difficult. So difficult in fact that just getting past the first few stages can feel like a monumental task.

You don’t control the bouncing ball directly; instead you are able to control its movement by creating platforms for it to bounce on. A simple swipe of the finger will result in a tiny platform, and depending on the angle, you can use these to not only keep the ball from falling, but also to guide it where you want. But these lines are quite short and you can only have two at a time. To make things worse, each stage is filled with a variety of obstacles to make life difficult. These obstacles scroll from the top of the screen to the bottom. And if your ball happens to fall to the bottom as well, then it’s game over for you. 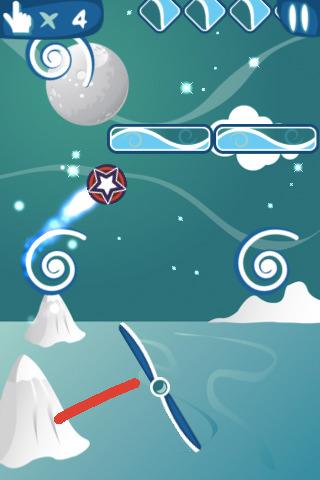 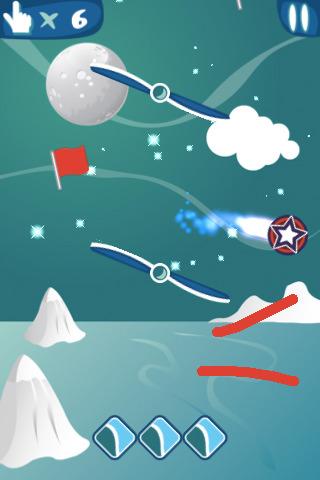 Even without the obstacles in your way, keeping the ball afloat from the beginning of the stage until the end would be difficult. You have to draw the lines quickly, and their small size and limited number make it difficult to really control the ball effectively. But when you throw in obstacles like solid platforms and whirlwinds, the level of challenge rises significantly. There will likely be plenty of players who never manage to unlock the second set of stages. Part of this is due to the length of levels. Keeping the ball bouncing is hard, but it’s especially hard to do for an entire lengthy level. And when you die, it’s right back to the start. Having shorter levels would certainly make Hi Jump a more accessible game, but as it stands just completing a stage can be an exercise in frustration.

If you manage to get past the first batch of stages, you’ll unlock a pair of additional game modes. One will have you collecting flags in addition to staying alive, and if you miss one, it’s game over. The other mode, meanwhile, is simply a stage with no ending, with the goal of racking up as high a score as possible. Both are for only the truly sadistic.

Like most challenging arcade games (see Mega Jump), Hi Jump tries to lure you in with a colorful and friendly look before beating you over the head with an absurd level of difficulty; a level so high it will likely turn off the majority of players. But if you’re up for a challenge, Hi Jump definitely has some to spare. Maybe a little too much.