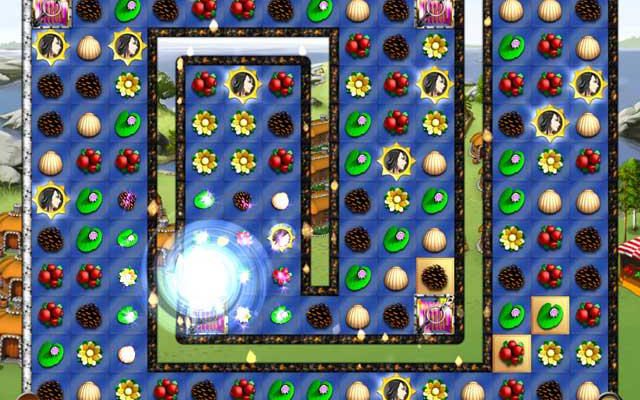 Wouldn’t it be great if building a village from scratch was as simple as playing a fun match-3 game with heroes from Finnish mythology involved? Heroes of Kalevala throws such a scenario your way, mixing match-3 puzzling with a building sim, and bringing some light RPG elements along for the ride too.

A plethora of gorgeous backdrops and playing areas compliments the clever RPG-style ideas on offer. It can get a little too difficult at times, but this is a game with plenty of tricks up its sleeves. 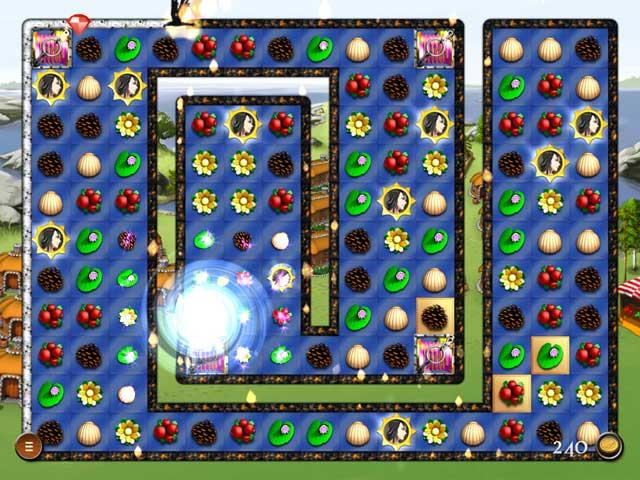 The story behind Heroes of Kalevala takes inspiration from the Kalevala Finnish poetry. A great drought has your people on edge, and you decide to ask a shaman for help. Through his magical visions, you are told to leave your world and move to the land of Kalevala, where you must set up a new life for your people.

Having arrived safely in Kalevala, you begin to build up your settlement via a series of match-3 games. A board is filling with pieces that must be moved into rows and columns of three or more, in the same style as classic match-3 game Bejeweled. Whenever a match is made, any piece involved that has a yellow tile behind it will cause the tile to turn blue. The challenge is to turn every yellow space into a blue space.

As you’ll have guessed, it’s not as simple as that. There are plenty of extra rules and bonuses that change the flow of play. Matching four or more pieces will produce bombs that can be used to blow yellow tiles up. Later on, certain tiles will be locked, or contain ice and stone that must be destroyed before you can continue. It’s really good fun, and if you’ve played match-3 games before, you’ll know exactly what to expect. 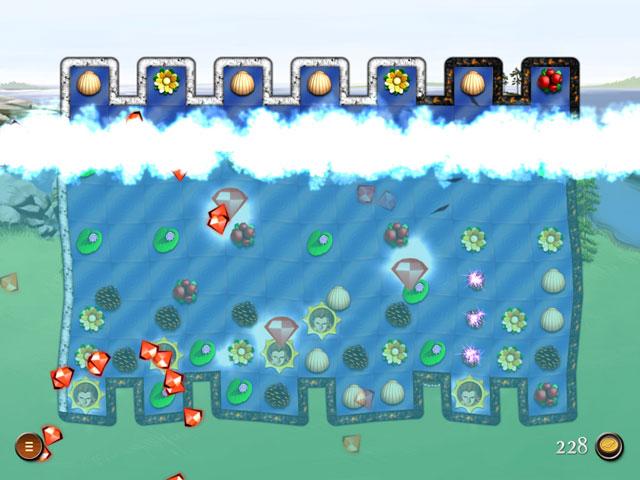 A wicked witch is also introduced, who will try to impede your progress by adding an evil crow to the mix. The crow will fly around the border of the game, and if it manages to make a full circuit before you’ve flipped all the yellow tiles, you’ll lose that board. Adding this time limit gives the action plenty of exciting tension, and the quicker you complete the board, the more money you’ll earn for your village.

Money earned during the match-3 stages of the game can be used to build your village. There are a range of buildings, structures and foliage that can be purchased at the bottom of the screen, and then dragged to wherever you like. Your villagers will wander around, admiring your work and making conversation with each other. The ability to create exactly the settlement you envision is a great touch, and adds oodles of personality to the game.

Your cash also helps unlock new buildings for keeping your villagers happier, and special heroes for use during the match-3 parts. Unlocking new items is a real incentive to play for hours on end, and new story sections and people are constantly being introduced every round. 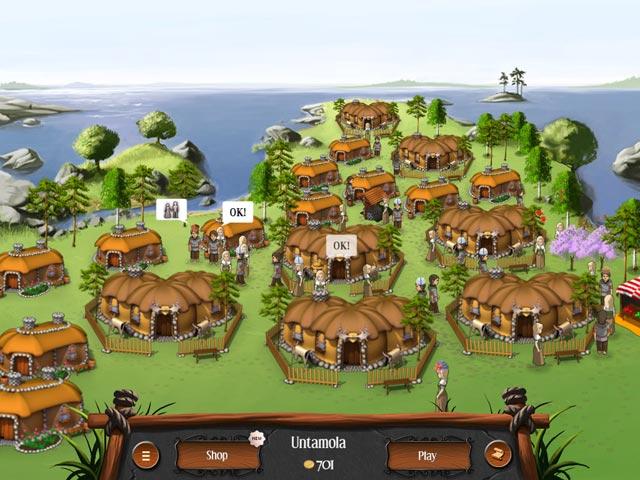 It really helps that Heroes of Kalevala looks and sounds fantastic. Crisp playing pieces slide along the grid, with charming hand-drawn backdrops that are very pleasing on the eyes. The music is lovely too, although it does start to grate after you’re heard it on repeat for an hour or two.

Heroes of Kalevala is fantastic fun, but it does start to get a little too difficult after a few hours. With so many restrictions on certain boards, from locked tiles to whole rows of stone blocks, it can be extremely tough to crack all the yellow tiles in the appropriate time limit. A fair number of levels had me quite frustrated, as I scoured the grid looking for potential matches.

If you’re a match-3 pro, however, you should have little trouble getting through these tricky sections. In terms of content, there are over 140 levels to play through and medals to achieve for each of the five villages, allowing you to build up your population and creating bustling environments, so there’s plenty to keep you busy.

Heroes of Kalevala mixes building and RPG elements with the match-3 genre to great effect, and there are many hours of enjoyable grid-searching and village building to be found. Make sure to check out the demo if you’re at all interested.