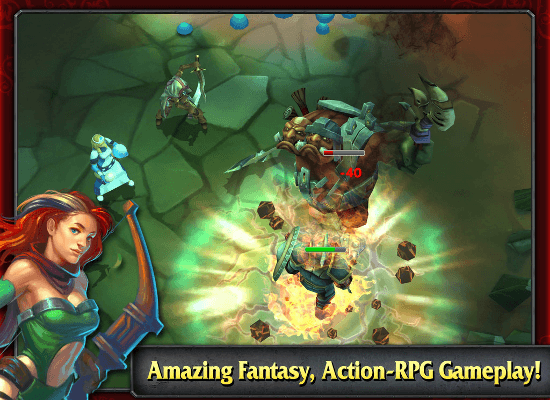 This may very well be the most responsive line-drawing RPG of all time.

iOS games that emphasize team management via tracing paths on the screen to both move and designate targets are always a good time. Of course sometimes they can be a bit unwieldy. This is Heroes of Destiny‘s most notable trait: an intelligent and responsive interface. Being full of different characters to hire and lots of loot to upgrade is just a perk.

Heroes of Destiny tells the story of a do-gooding band and their attempts at freeing their homeland from a monstrous horde. These beasties have practically overrun the countryside, so they’ll have to fight their way through many a kobold and giant spider before they meet that particular goal. Tapping on a given hero selects them while dragging to a location or enemy will give them a destination or target respectively. Naturally there are tanks, ranged specialists, healers, and so on, and it’s important to make good use of all of them in order to survive anything above Normal difficulty. Each level is broken up into small skirmishes with a few waves of enemies. Once an area is cleared it’s on to the next one and the next one until the level is finished and all the loot and gold (and experience) is distributed.

As I’ve mentioned, Heroes of Destiny sports a great interface. It’s not all that different from other entries in the sub-genre but I’ve had far fewer missteps when assigning targets or attempting to pull back weak characters. Heroes will automatically attack an enemy that attacks them, which is nothing new, but healers will also start to heal injured teammates automatically when a battle begins. It’s a simple design choice but it’s incredibly handy and frees up just a bit more time for some rather important character shuffling. Being free-to-play there are also a number of real-time countdowns to deal with but they’re pretty unobtrusive for the most part. Having to wait for a level to cool down in order to attempt a shot at a tougher run (with better loot, naturally) isn’t so bad when there are half a dozen of them in the immediate area to play around in. Likewise, while it may be a bit of a downer to have to wait a certain amount of time for characters to train, the task can be finished instantly if less than five minutes is left on the clock. 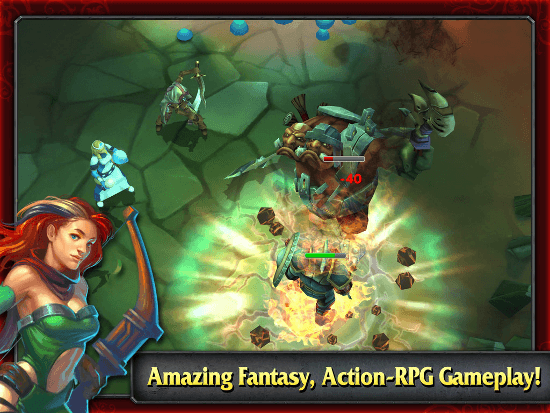 While most of the typical problems one would expect from a game like Heroes of Destiny are nowhere near as severe as they could be, that doesn’t mean they’re nonexistent. Waiting for a level to recharge can be a bit irritating for someone playing for a significant chunk of time, as can training heroes once they get to higher levels.

Similarly, while the interface is probably the best I’ve ever encountered, it’s not perfect and still has its share of missteps. Especially when those stupid spiders drop right into the middle of the screen and I have to scramble to get my healer out of the way. The tank missing his target at just the wrong moment and failing to draw agro is also kind of bothersome and happens a lot more often than I’d like. 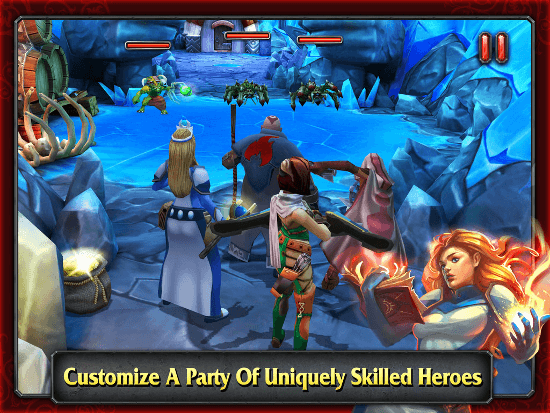 Of course it’s only natural to expect some form of time-based gating when dealing with a free-to-play game. And as far as I’m concerned Heroes of Destiny does a great job of keeping those gates from becoming a huge problem. It’s full of loot and characters to acquire and upgrade, so there’s plenty of reason to keep playing for quite a while. And of course it’s fun to play. There’s always that.