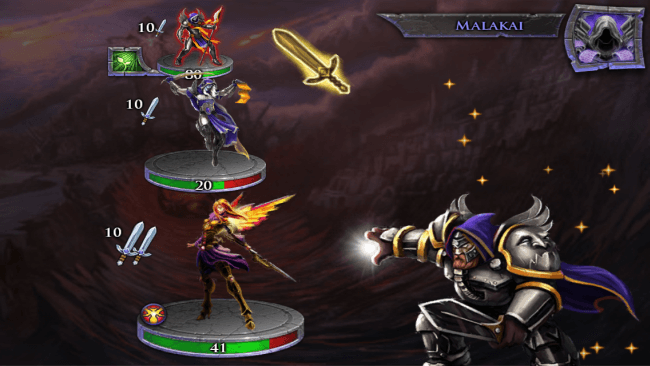 Mobage and free-to-play mobile games have been, and always will be, a thing. On the one hand it means we can pretty much know what to expect before ever loading up one of their titles. On the other hand, all that experience with F2P social game development puts them in a great position to try new things. Heroes & Havoc is one such new thing, for better and for worse.

Since it’s apparently impossible to develop a freemium fantasy-themed mobile game without a ridiculous story that takes itself way too seriously, Heroes & Havoc casts players in the role of a fallen angel exiled from the heavens for bringing magic to mortals. Then they must gather a band of powerful heroes and fight the gods in order to redeem themselves because “reasons.” All joking aside, games like this are never really played for their story, anyway. 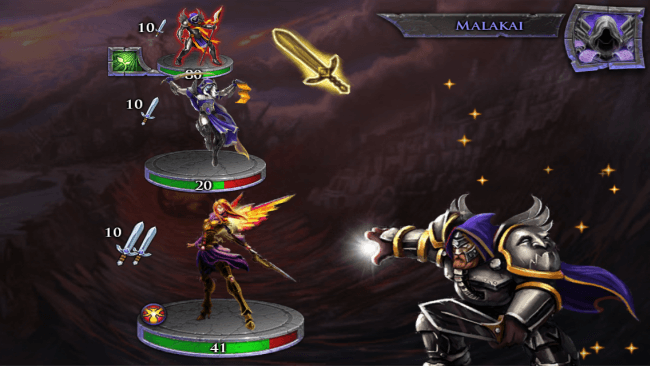 Mechanically, Heroes & Havoc is a bizarre sort of not-quite CCG. Players gather up heroes, certainly, and they can level-up and learn new skills and spells, but there are no random draws or fusion/evolution elements. Instead, there are several areas (each belonging to a specific deity) that they must fight their way through. Completing all of the battles in one area will unlock a new hero, and that hero can then be powered-up by completing more challenging skirmishes in the same zone.

As weird as it feels to be playing something that is almost a CCG but not quite, there’s a certain level of basic joy to be had from Heroes & Havoc. Seeing a hero go from a wimpy greenhorn to a seasoned veteran is incredibly satisfying, and there are a number of special skills and other bonuses that can be acquired along the way. Many of the passive abilities both heroes and enemies can learn also bring some much-needed strategic elements to the combat; such as enemies that always dodge the first melee attack made against them, or heroes that replenish some of their health at the beginning of every turn. 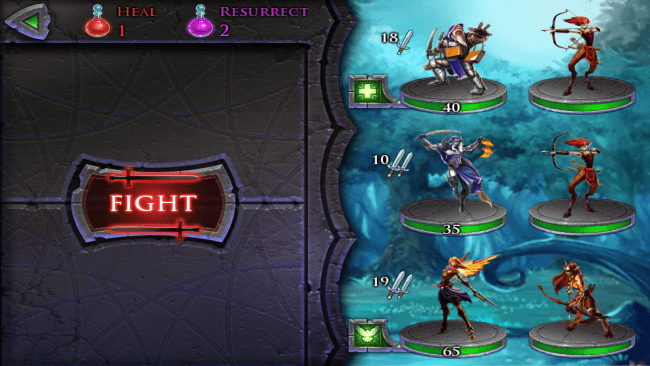 Unfortunately, while the added need for strategy due to these abilities is appreciated, it never quite feels as robust as it should. Planning around specific skills is certainly possible, but stuff like setting up powerful combinations by grouping specific heroes and skills together isn’t really the focus, sadly. Then there are the free-to-play elements. They’re certainly not as problematic as similar mechanics have been in other titles (some from Mobage, even), but they’re still a nuisance. Having to wait for several minutes or even hours while a wounded hero recovers or resurrects can really derail one’s enjoyment.

I’m also not really a fan of the Wheel of Fate, which only appears when a hero gains a level. It yields some nice goodies like premium currency and Mana and such, but in order for the leveled hero to get the biggest boost it needs to land on Ascension. This means that not all heroes are going to Ascend every time they gain a level, which can be frustrating from a completionist and min/maxing standpoint. 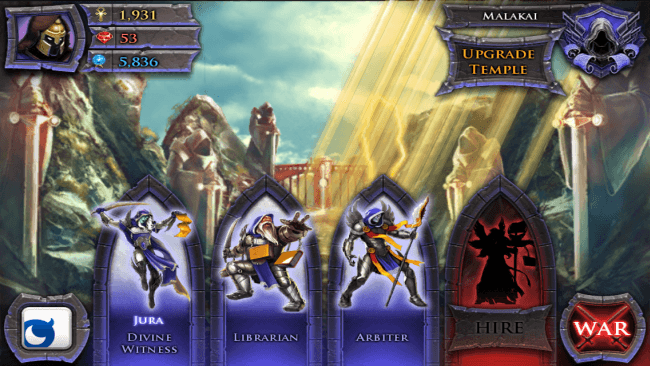 Heroes & Havoc deserves credit for trying to be something other than yet another mobile CCG. It’s a perfectly competent game that’s good for wasting a few minutes here and there. It’s just not as compelling as it could have been.