Home / Reviews / Heroes from the Past: Joan of Arc Review

Heroes from the Past: Joan of Arc Review 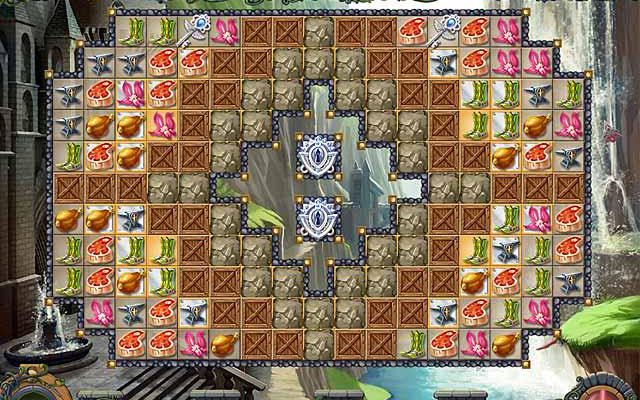 Joan of Arc sure loves her puzzle games

Heroes from the Past: Joan of Arc has an impressive start, as players are invited to enter the world of Joan of Arc, a world filled with peasants and farmers only trying to survive while constantly watching out for tyrants that will burn their crops for fun. After this initial voiced cutscene however, the game starts to fall apart, with rather slow gameplay that won’t be for everyone.

The game offers dozens of levels of match-three play, and each level sees  you collecting resources to spend back on the world map. The game is incredibly similar to the “Cradle of…” series, but where those games are often highly polished and equally entertaining, there’s just something about Heroes from the Past: Joan of Arc that feels off. Perhaps it’s the fact that each building on the map requires players to complete four or five (or more) levels to build, and that the game only slows down as you go along. Or, more likely, it’s the fact that the game’s main character really isn’t, as Joan of Arc really has nothing to do with the game. 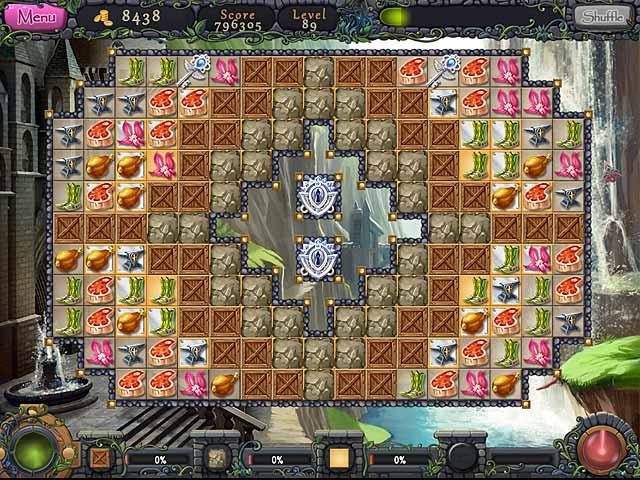 As you work to build farms, cottages, defensive structures and more for your village, you’ll be able to choose from three different match three modes for each level of play. The traditional swap mode is there, along with one that sees you clicking and dragging to make chains of three or more touching symbols, as well as one that asks you to simply click on three or more matching symbols that happen to be touching, regardless of their shape.

Each level comes with plenty of obstacles and stipulations for completion, from simply matching a certain number of each symbol to breaking all of the gold tiles on the board. Tiles may be locked in chains or in ice, while golden tiles can be covered with stone or wooden blocks that can only be removed by destroying the blocks that touch them. Even keys and treasure chests play a huge role in the game, as they’ll need to be forced to the bottom of the screen to be collected. Keys will expand the current board and often introduce new work for you to complete before being able to finish a stage, while treasure chests contain gold that can be spent back on the main map. 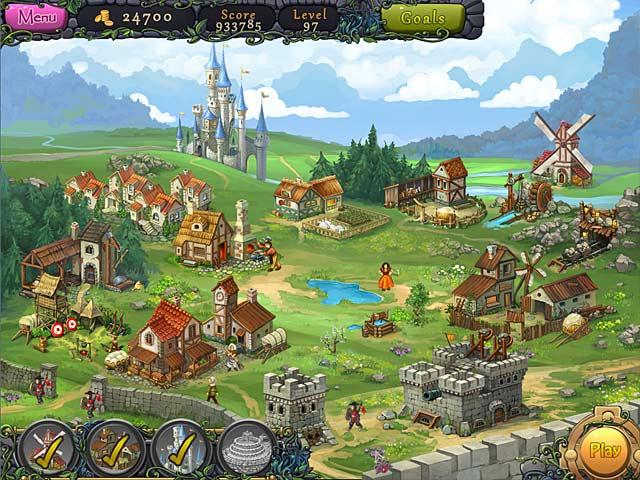 While the inclusion of three match-three modes is appreciated, only the traditional swap mode seems to really work as intended. The other two modes make the game far too challenging even on the earliest levels, and as stages become more complicated, with more locked or otherwise trapped symbols, these two gameplay modes offer more frustration than fun. Just as Joan of Arc isn’t really represented in the game after the opening segment, so too do these gameplay modes feel as though they were shoe-horned into the experience “just because.”

Thankfully, if you do like these two other modes of play, you can choose to play without the level timer, which does make each level at least technically possible to complete. The longer each stage lasts, however, the more annoying the music gets, as each song’s loop repeats fairly quickly. 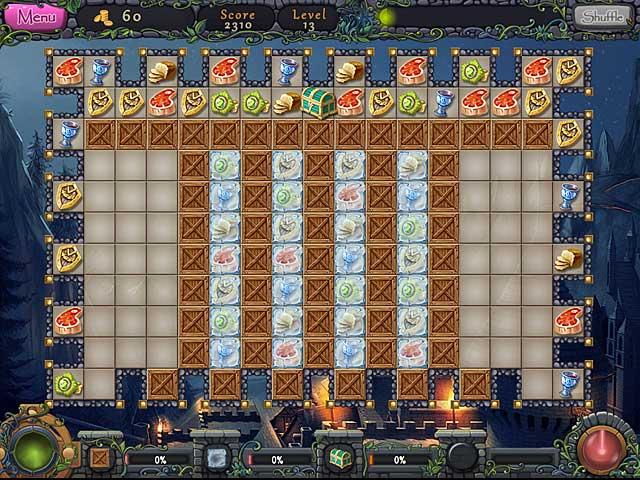 If you choose to only play in the game’s traditional match-three mode, you can make a lot of progress fairly quickly through the game’s dozens of levels. However, buildings are expensive right from the beginning, and there’s very little in the way of historical details (outside of those that are fairly common knowledge) or even general storyline to back up the game as you go along. Don’t be fooled by the game’s impressive beginning, Heroes from the Past: Joan of Arc is simply an average match-three experience, and nothing more.