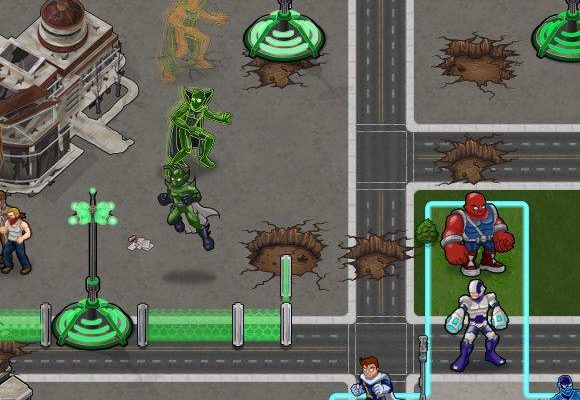 If you can find room in your heart for more superheroes, there’s a lot to like about Hero Conquest

There are reasons why Marvel and DC have been on top of the comic book heap for decades, and one of them is that people aren’t too accepting of new super heroes. Yeah, you might be able to teleport or shoot lasers from your eyes, but we’ve seen it before, you know? Undaunted, the super-powered good guys in Hero Conquest are hoping to shake you out of your blasé attitude in time to help them reclaim Concord City – for free, on Facebook – before it’s too late.

Before you kids go Googling it, that isn’t a real place, but the creation of Broken Bulb Game Studios. As Hero Conquest tells it, Concord City was once a shining example of all that was right with humanity, or words to that effect. Then super villains showed up, property values went down, and other bad stuff followed. Fortunately, a team of heroes called the Super Six formed to try to fend off the invasion of evil.

So you get to control the Super Six, right? Well, not exactly. In a development that would make Mister Sinister smile, the heroes decided that they could do more good by handing over their genetic material to scientists, who could then mass produce slightly lesser-powered clones. Quantity over quality is the new super hero way, one guesses. 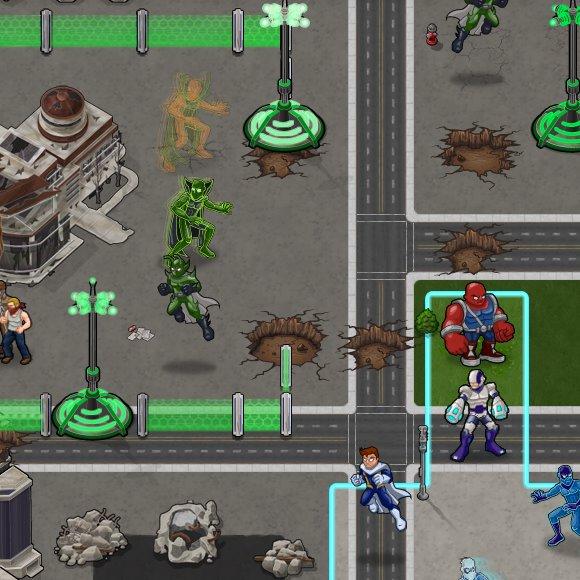 Your part in the saga is to put the junior heroes to work taking back the city one square at a time. I mean that in a literal sense, as Concord City is laid out like a game board in square-shaped tiles, most of which initially are controlled by villains and their henchmen. Score is kept by the number of Conquest Points you earn by putting land back on the side of light and completing quests.

The tutorial walks you through the fundamentals of movement, combat and the construction of more facilities to manufacture heroes. Hey, that just gave me an idea on how to jumpstart the economy! But I digress. Fighting is a simple matter of having a hero adjacent to an enemy and clicking on said enemy. Different good guys do different amounts of damage, and teaming two or more heroes who are all next to the target combines their powers a la Captain Planet into one big attack.

Those are just the basic attacks. Your troops also have actual super powers, handy for damaging multiple targets at once. If you don’t take out the baddies in one shot, they return fire, forcing you to heal damaged heroes before their hit points get to zero and they are knocked out of the fight. Both using powers and healing damage cost you resources (appropriately named Power and Health, respectively) that need to be managed carefully. Power is regained by taking out bad guys, while Health has to be produced back at base.

There’s an economic aspect to the proceedings as well, with coins to spend on the everyday stuff and the premium currency, Cash, to zip through missions and buy big ticket items. That would include the Super Six, who can be persuaded to get their own hands dirty with enough greenbacks. Cash rules, just like Wu-Tang said it did. It can also be purchased for your very own cash. 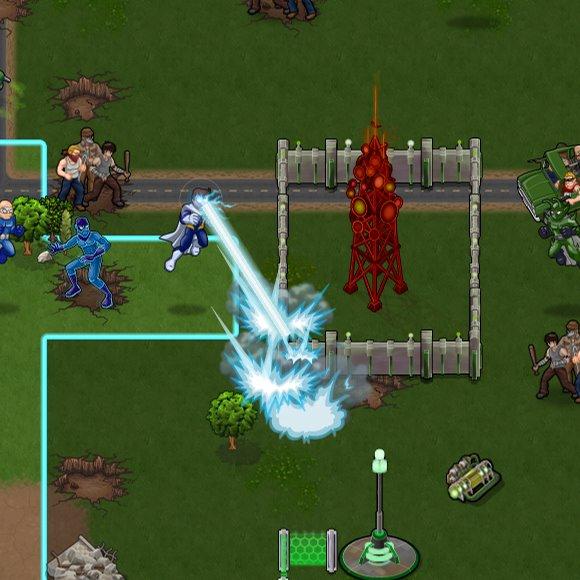 Meanwhile, the villains aren’t just sitting around idle. They advance toward your heroes and structures, looking to destroy or re-corrupt as applicable. Defensive structures come into play on the home front after a while, and the gameplay becomes a bit of a chess match, with proper positioning of your guys and gals a must in order to fulfill your dual mandate of pushing forward while staying organized in the back. Arsene Wenger would be proud. But it is frustrating that you and the computer AI take turns, making fighting on multiple fights a bit of a chore. Even that would be fine if it wasn’t for the bothersome Energy as a restraint, refilling ever so slowly.

No review of a comic book-inspired game would be complete without discussion of art and story. The visuals aren’t bad, just a touch on the generic side – more Champions than Justice League. And I was ready to say we need more story, but then I found the Stories tab on the menu. Clicking on the portrait of any of the Super Six or their arch-foes plays an audio file with some background, done in an amusing old school radio style.

We’ll have to see if Hero Conquest has the legs of an ongoing series or only provides enough thrills to equate to six issues. It’s a viable alternative to that other super hero game you might have noticed on Facebook, and if you enjoy spending time in the four-color world, you’re probably going to want to give it a try.