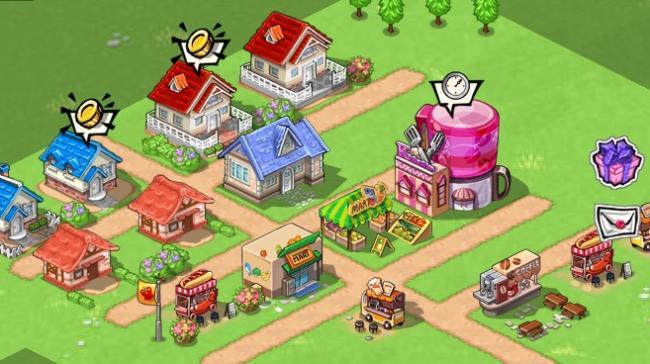 Hero City feels like a waste of a great concept

With so many city building games on Facebook new titles in the genre really need to do something unique to stand out. Hero City attempts to do this through the residents of your budding metropolis: they’re not just regular people, they’re all superheroes. But this twist isn’t enough to make you look past the game’s main issue, which is that there simply isn’t enough to do.

The basic city building aspect of Hero City treads familiar ground. You can build homes and businesses, and these can all be upgraded with money and goods produced at the various businesses. Once you reach a certain point of growth a new hero will move in and you can place them in a home. You can also buy heroes, but the majority are prohibitively expensive so it’s easier and often faster to simply wait for them to move in. As per usual, buildings produce rent money at specific intervals, which you’ll need to return regularly to collect.

The super heroes aren’t like regular people, as you can well imagine. There’s always some sort of evil force wreaking havoc in the world, and so you’ll need to routinely dispatch your heroes to famous landmarks to fight crime. At first you’ll only be able to save the good people of New York, but eventually the world map will unlock new areas around the world. Fighting crime is as simple as clicking on a destination and then waiting for the hero to return to town, at which point you’ll reap the rewards in the form of cash and other goodies. To completely save an area you’ll need to return multiple times.

Now this may sound fun, and in theory it’s a great concept for a game. But in practice it’s incredibly underwhelming. You can do all of the available actions in any given play session in just a minute or two, at which point there’s basically nothing left to do. There’s so much waiting in Hero City that it feels like it’s pretty much all you’re doing. 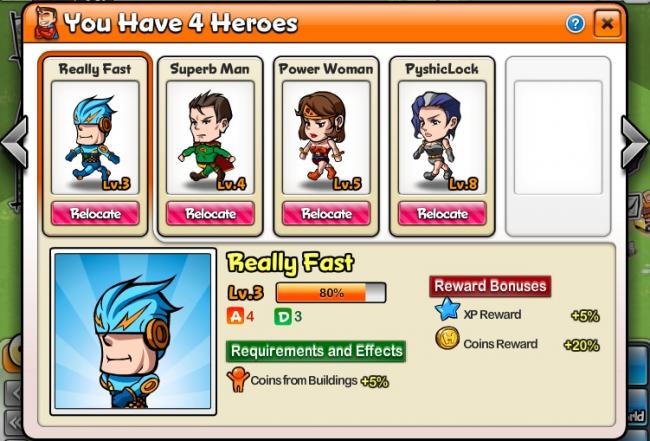 Visually the game is rather generic, which is especially disappointing considering the theme. Though the heroes are all playful riffs on well known characters, like Superb Man or Power Woman, the city itself feels like just another suburb. You’ll be building hot dog stands and office building as opposed to secret lairs or other superhero-themed buildings. It feels like a waste of a concept.

And that’s the biggest problem with Hero City: even though you’re essentially acting as the boss of a town full of superpowered beings, it really just feels like yet another city building game. Even worse, the city building isn’t even all that good, frequently leaving you with little or nothing to do but wait, which doesn’t exactly feel all that heroic.