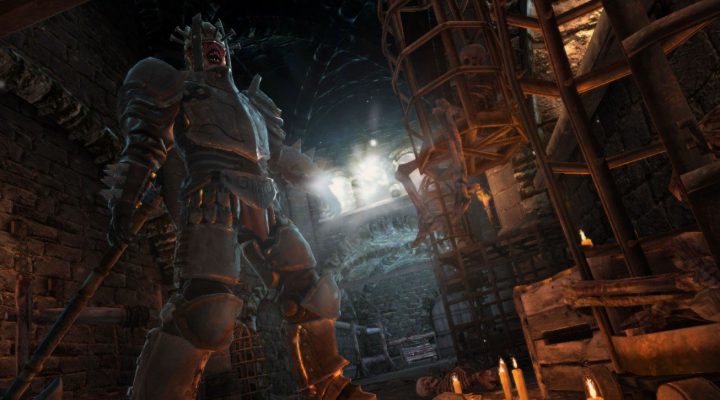 Too many 'puzzles' that rely on your ability to move quickly or precisely, or to notice small objects in dark areas.

I’m a big fan of dungeon crawls, so I was really looking forward to Hellraid: The Escape. It’s a sort of prelude to the upcoming Hellraid, a game in the vein of old-time classics like Hexen being developed for the PC and next-gen consoles by Techland, the people who gave us the Dead Island series. But while Hellraid appears to be first and foremost an action game, Hellraid: The Escape is all about brains over brawn, promising a deviously puzzle-oriented experience along the lines of The Room.

The premise of Hellraid: The Escape  is simple, and more than a little familiar: You, an amnesiac, are trapped in a hellish dungeon, and must make your way to freedom, guided along your way by a fellow prisoner who can indirectly communicate with you but is otherwise unable to provide aid. It’s not an overly big game, featuring just seven levels in all, each one made up of just a few rooms or chambers. 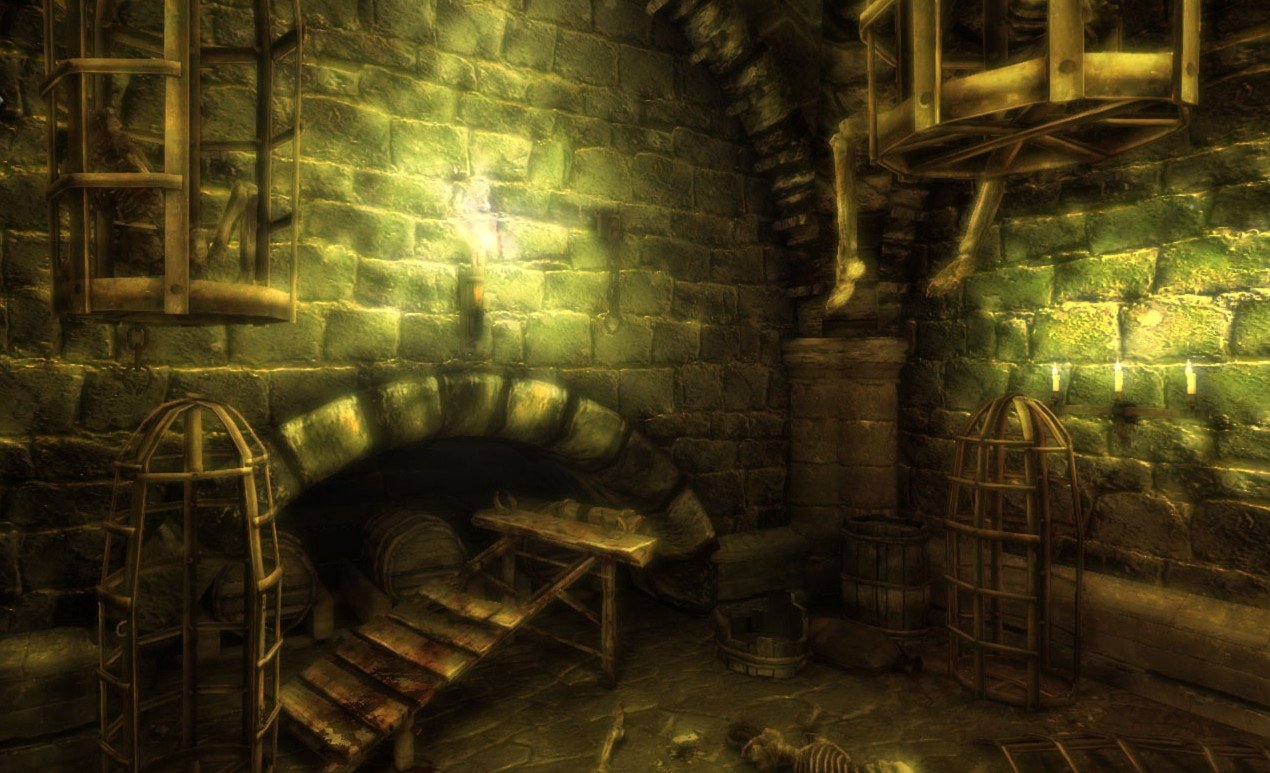 There’s really nothing in the way of plot, either: Aside from the vague notes left lying around by your supernatural assistant, there’s no story at all. No cutscenes or narration between levels, and not even any real sense that your prison is a cohesive environment. Levels are broken up by loading screens offering “useful tips,” and there’s no way to move back and forth between them.

But none of that really matters in the big picture – The Room, the game it’s mostly commonly compared to, offered next to nothing in the way of a story either, and that was perfectly fine with just about everyone who played it.

The graphics are sharp, although the murky, brown color palette, tinged with occasional shades of orange and grey, can be a little overly muddy in places. And the tortured screams of the damned can be downright horrifying. The controls are quite adequate for the purposes of exploration, too: A virtual thumb-pad on the lower-left corner of the screen controls motion, while swiping anywhere else changes orientation. It actually worked quite well when I was just idly poking around (and I say that as someone who’s generally terrible with thumbpads), but what’s acceptable for exploration isn’t necessarily so hot for moving with speed or precision, and unfortunately a number of “puzzles” in Hellraid: The Escape demand just that. 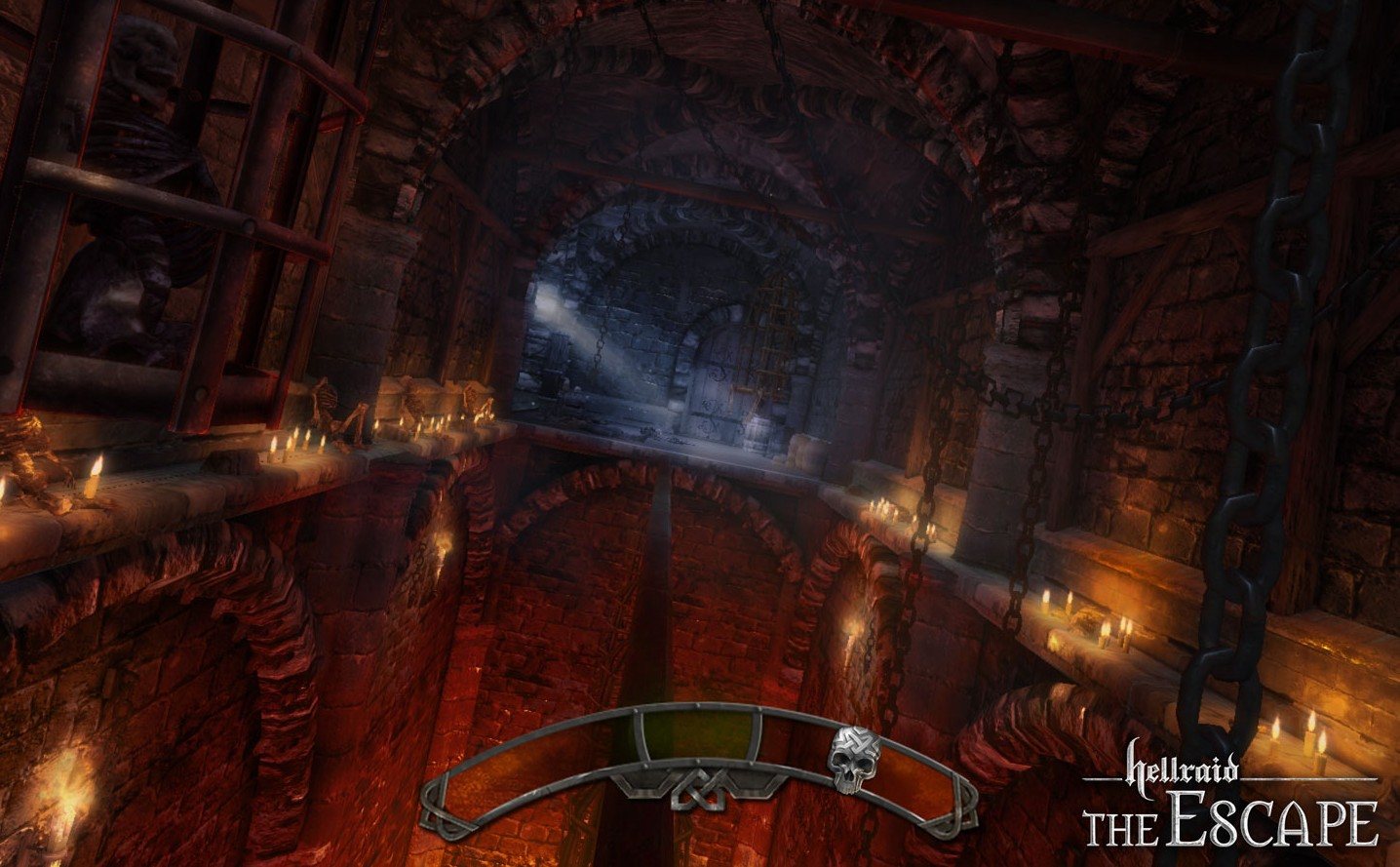 I had to “balance” while walking across narrow beams by tilting my iPad left and right; a frustrating but doable exercise. Later on I had to do the same thing to roll a marble (actually an eyeball – creepy stuff!) through a tabletop maze, a far more infuriating sequence because touching a wall reset the whole thing. There’s also a “Magic Eye” that had to be rolled up and across several structural beams, which fortunately made use of the thumbpad rather than the accelerometer, but still came close to driving me crazy.

It’s not that it’s overly difficult, but they’re not puzzles. They’re simply exercises in manual dexterity and /or patience, using controls that really aren’t ideal for the task. Fortunately, dying isn’t nearly as much of an inconvenience, because resurrection is immediate and the levels are small enough that it’s easy to get back to the point of your demise very quickly.

Each level also includes several glowing blue gems to find, which appear to have no actual bearing on the game beyond being a measure of your “success” in each level. But rather like the aforementioned puzzles, there’s little to finding them beyond looking in, under and behind every dark nook and cranny in the game. I quickly grew tired of the effort and opted to just grab those that were immediately apparent, and even though I left a great many of them behind, the game didn’t seem to suffer any for it.

Interacting with objects in Hellraid: The Escape requires “zooming in” to hotspots marked with a sparkle effect, but the effect only appears when you’re close enough to the appropriate hotspot, and sometimes I needed to be very close indeed. I was stymied for nearly 15 minutes in the second-to-last level because even though I knew what I needed to do (or was at least fairly certain about it), I overlooked a vital hotspot that was literally right at my feet (hint, hint) and thus could not move. That specific instance may well have been the fault of my poor observational skills, but at an earlier point in the game I missed an object hidden behind a banner – the only interactive banner in the entire dungeon, by the way – simply because I hadn’t been standing close enough to activate the effect. 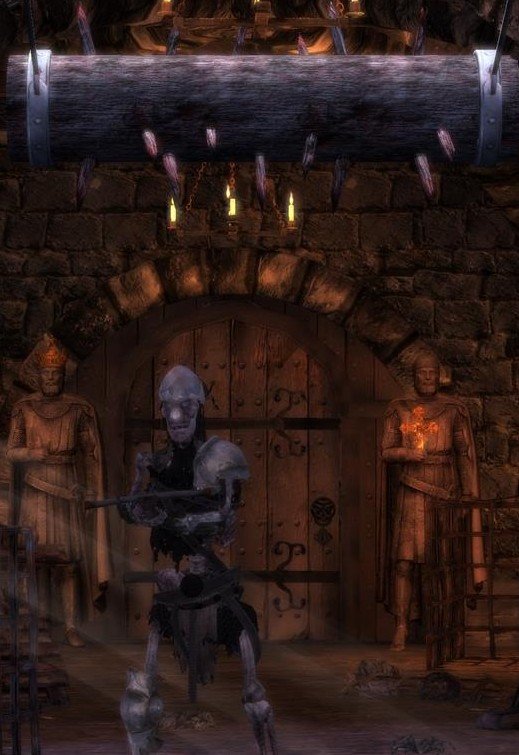 When I finally did reach the seventh and final level, I came face-to-face with the Blinded, the axe-wielding monster that’s front-and-center in most of the Hellraid marketing. I needed to find a way to wound him, I was told, and then kill him, and then I would be free, and after a few minutes of running around like a fool (and, again, dying several times), I managed to catch him on a spike trap, killing myself in the process. But when I resurrected and returned to his chamber, he was gone – simply disappeared. I looked everywhere I could, including in the level’s other chambers, and I even committed suicide and respawned, all to no avail, and leaving me stuck and unable to finish the game. It wasn’t until I exited the game completely and restarted the level from the very beginning that I was able to take another crack at him.

Speaking to the developer, I was told that I’d experienced a very rare bug that “should” be fixed in the launch version of the game (although as of the early morning on July 11, the day after launch, they’re still working on it).

But the problem here isn’t bugs, it’s that the promised “unique challenge” and “mysterious story” never materialize. There are a few clever bits, like the illusion in the Necromancer’s level, but they’re way too rare to satisfy, and the plot literally begins and ends with, “You are in a dungeon and would really rather not be.”

The game ended with a promise of “to be continued,” but I can’t say I’m overly excited at the prospect. I remain hopeful for Hellraid, but Hellraid: The Escape just didn’t do it for me. It was mundane and unimaginative, technically competent but entirely unengaging – not disastrous but disappointing, both as a dungeon crawl and a puzzler.