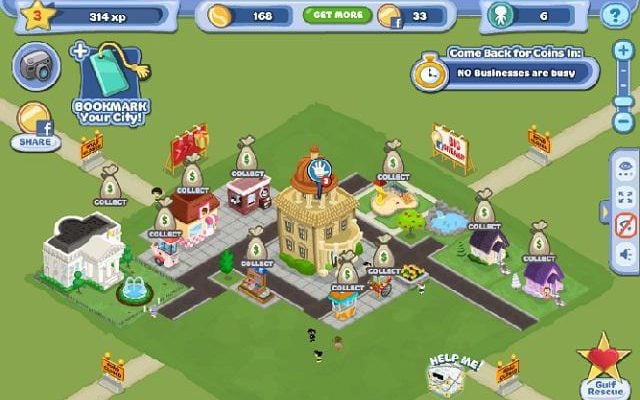 Hello City is a city-builder that focuses on creating happy towns instead of just making money.

City-building social games work for the same reason board games like Monopoly do: they appeal to basic human greed and the desire to control lots of property. As a result, many of these games end up being infinite money treadmills once you’ve played them for awhile. You fill up the space the game allots you with buildings and then, well, you’re done. Hello City does things a little differently. You do need to make money in order to finance new development, but the game’s real goal involves making your town into one that’s happy as well as large and thriving. 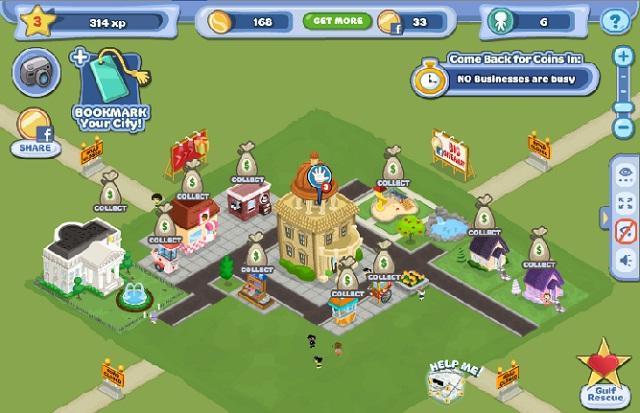 Starting Hello City can be a little rough, since some of the game’s goals are counter-intuitive and, as of this writing, there’s no real tutorial for playing it. The part of the game where you purchase, build, and upgrade buildings is straightforward enough, but you may be surprised the first time you log in to the game and see that your city is covering by a depressing gray haze. You lift this by clicking on your tiny citizens as they walk around, saying hello to them and lifting their spirits (thus giving the game its title). There’s a game you can play where getting large groups of them to wave to you at once gives you bonus money and the game’s interface gives the impression there may be more in the future. 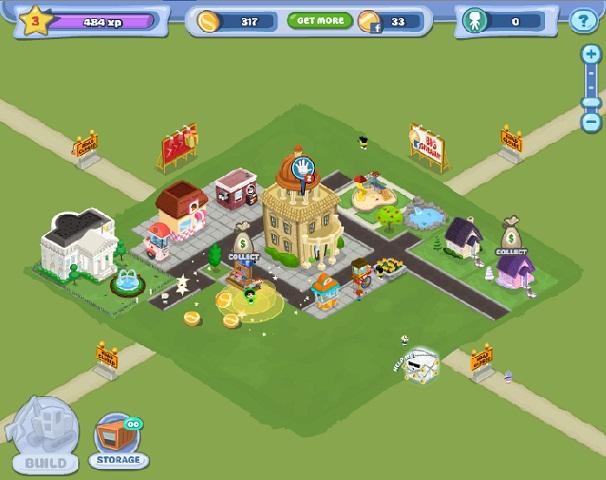 A lot of the appeal of a city-builder can lie in how much control you have over how your city is built and what your customization options are. Hello City offers a very healthy range of landscaping decorations. Your building selection will be very limited early on, as most buildings have to be unlocked at a particular level. Some buildings can be purchased for real money but you shouldn’t need any of them. Happily, though, Crowdstar takes Facebook Credits which makes purchasing the premium items less of a headache than it is in, say, some of Zynga’s games.

Hello City has relatively few major flaws. It has mild issues with leaking memory but this tends only to make it run slow rather than taking down your browser. You earn money very slowly, which can mean many hours of gameplay spent staring at a mostly undeveloped landscape because you can’t afford to buy any more buildings. Once you do run out of space, you can only expand your city without spending money on it if you have a certain number of friends playing the game with you. The starting plot of land for your city is very small, so you may get very frustrated if you end up playing the game alone. 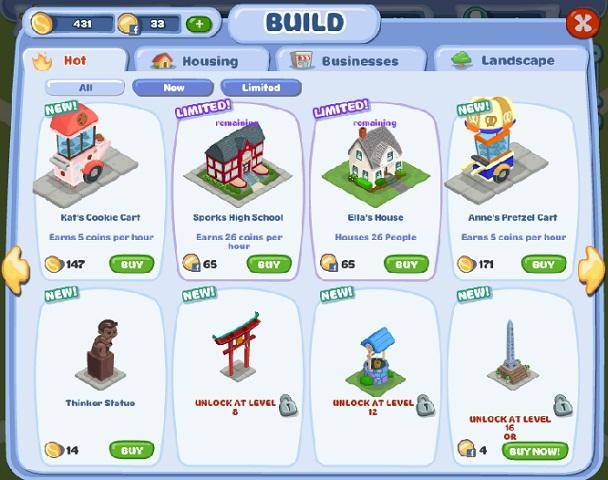 When it comes to Facebook city-builders, you can do a lot worse than Hello City. It’s not the best or most developed game in the genre, but its emphasis on cheerful citizens makes it a lot more relaxing to play than the more tycoon-like approach that’s more typical of the genre. Once you do have a good-sized city going, you may find setting up greeting combos occupies your thoughts more frequently than wishing you had more space does.