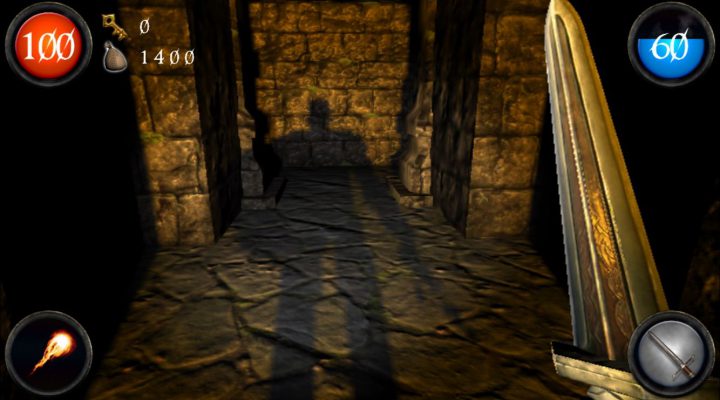 Light enough to tackle one floor at a time

Unimpressive animations with no real weight to the fighting

Too easy to get caught on corners

There’s not much of a story to Heavy Blade. Mostly it’s just a paper-thin reason for you to go a-dungeon crawlin’ while whacking various fantasy monsters with a blade. I’m bringing this up not because the lack of narrative is problematic, but because it’s kind of how the whole game feels: kinda pointless.

I think the lack of any real goal can work in Heavy Blade’s favor, to an extent. There’s no story to get in the way of the action, and you can play each dungeon one floor at a time, which makes it easy to jump in whenever you have a few spare minutes. The problem is that there’s nothing else to it. No equipment to find, no character stats or abilities to increase — it’s just hacking through enemies (with extremely simple AI, no less)  on the way to the exit. 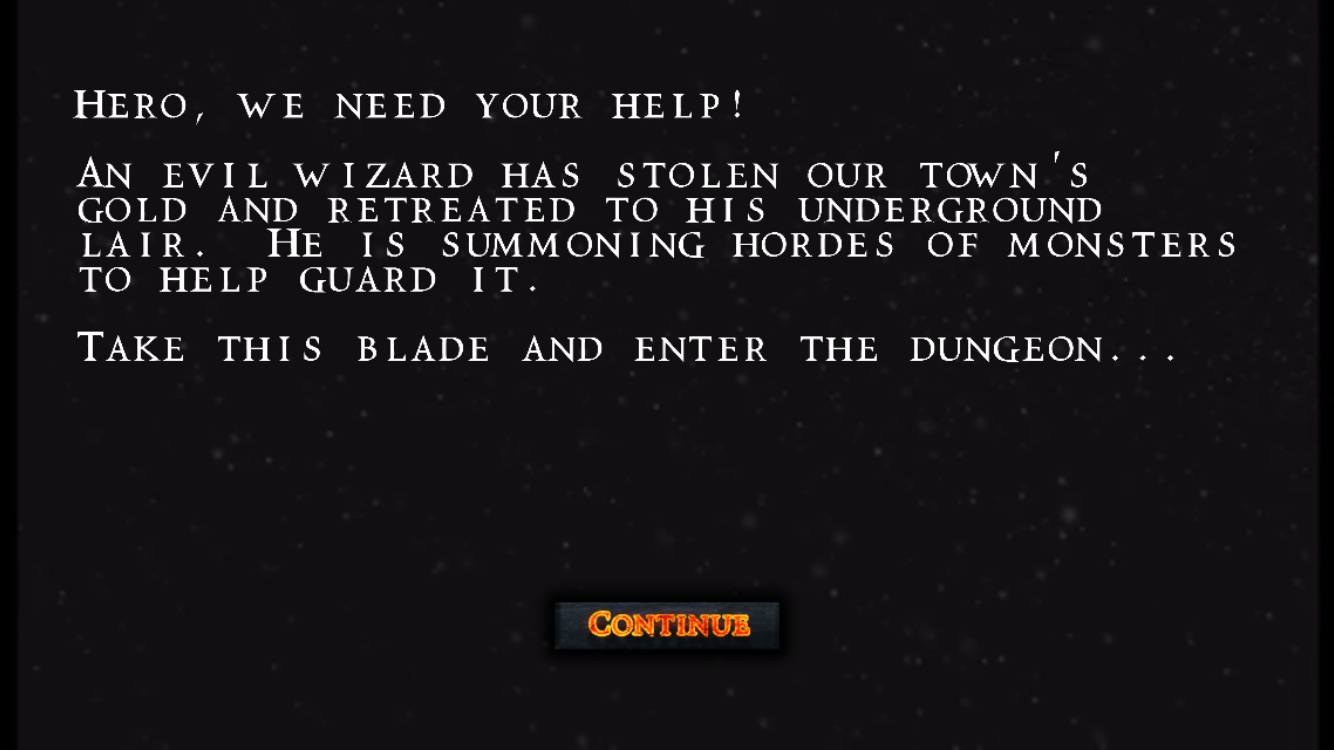 To be fair, there is a little more to it than that. You do occasionally have to find keys in order to open doors, and there are secrets to find if you follow the auditory clues. You can also find health and magic potions to refill their respective meters, though they exist as stationary items that you can’t actually bring with you. So rather than stockpiling useful stuff, you have to leave it where it is and come back to it if you really need it.

Collecting gold also seems relatively pointless. I mean it’s an okay metric for measuring general progress, I suppose. Or it could stand in as a kind of high score or something. But there’s nothing to actually do with the gold, so picking up the bags that enemies drop isn’t all that satisfying. Or necessary. 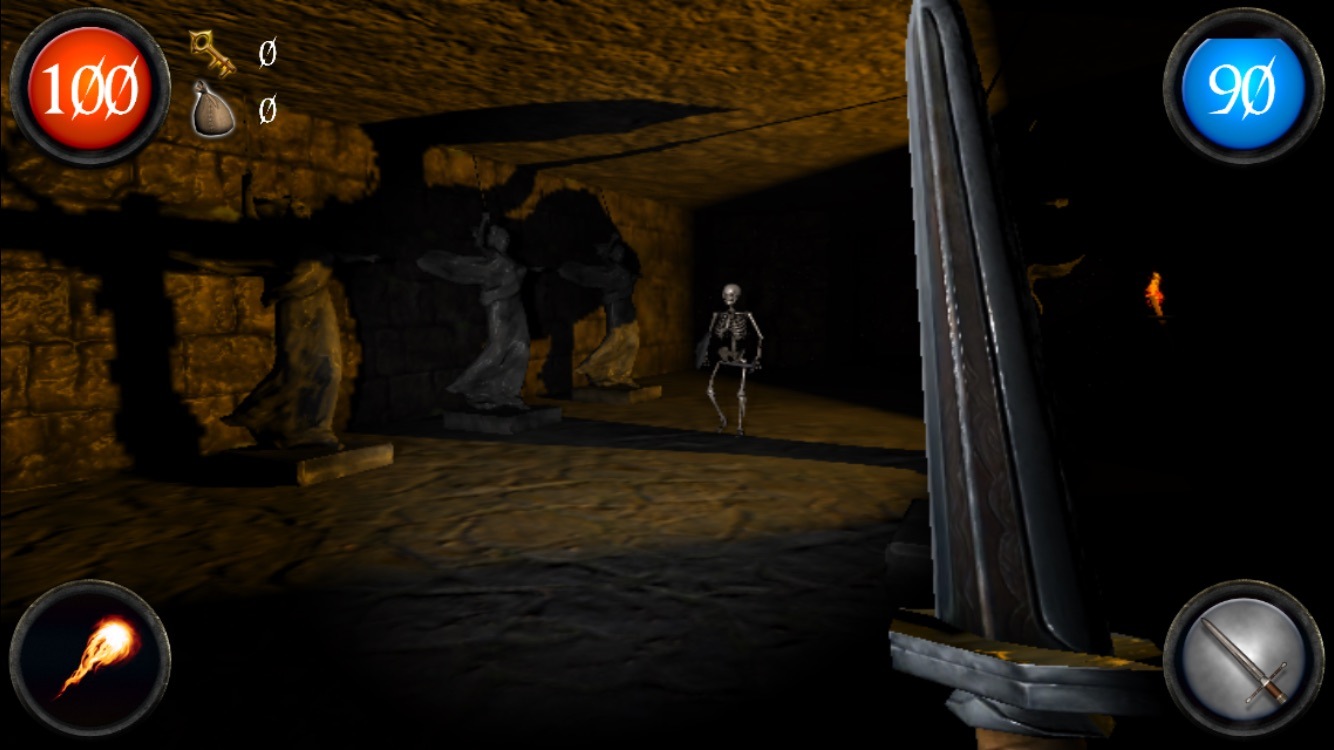 I’ll admit that it’s a very pretty looking game, at least. The character models are nicely detailed, the rooms look nice, and the lighting is actually really impressive. None of that really covers up the simplistic animations, though. And although the environments look nice, it can be really irritating to navigate through them when you’re constantly getting hung up on corners.

In all honesty, I’d probably be much more excited about all of this if the combat were at least a little interesting. Unfortunately, that’s not the case. You can tap a button to shoot a fireball, tap a different button to swing your sword … and that’s it. Even that would be okay if every single fight didn’t always end up boiling down to “swing, step back to avoid getting hit, step forward, swing, step back, etc.” About the only thing that really changes from fight to fight is how many sword swings and fire blasts it takes to bring enemies down. 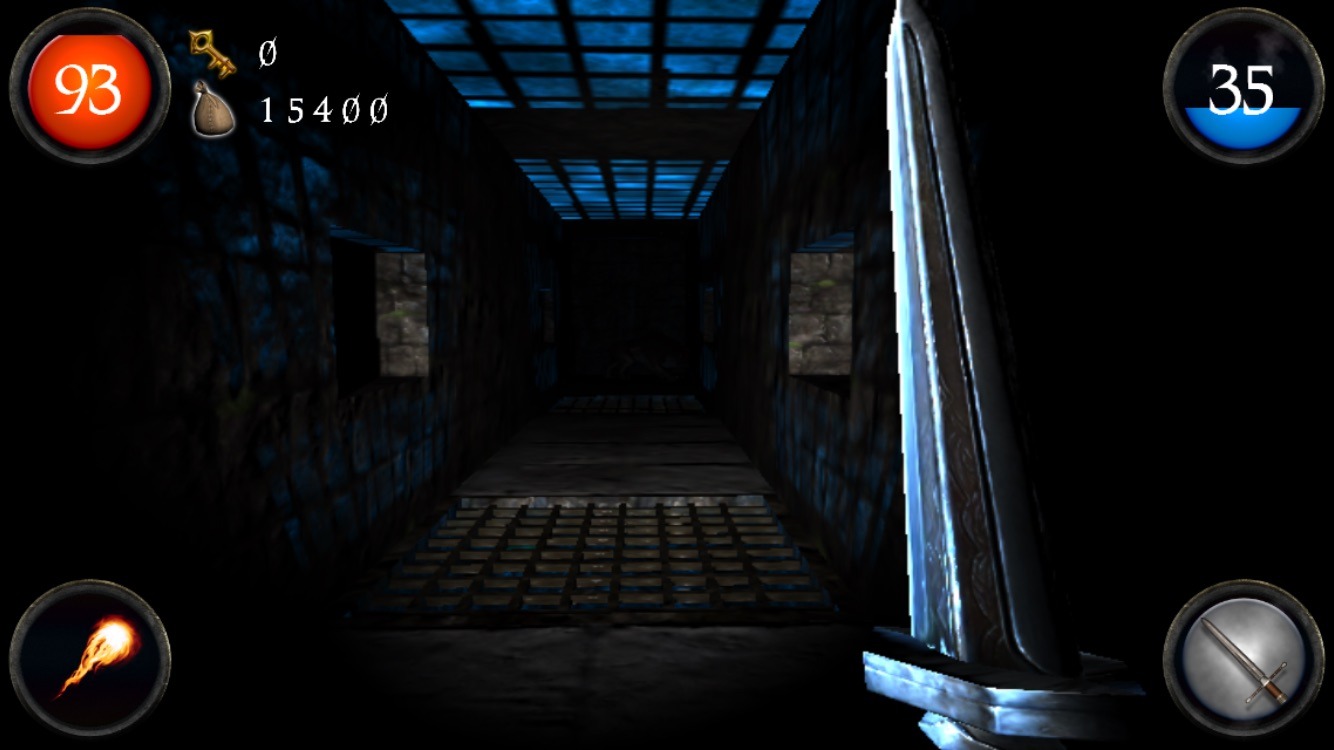 The floors and dungeons do get progressively more difficult, which is good. However the difficulty feels arbitrary when all you’re doing is stepping forward and backward while wildly mashing the attack button. Oh, and sometimes shooting a fireball. You know, if you feel like it.

Heavy Blade is an okay dungeon crawler that feels more like a framework than anything. It can be decent, simple fun for a few minutes at a time, but there’s nothing to really entice you to keep playing other than seeing a few new rooms or new enemy models. Something — anything — a bit more substantial, like character progression or new equipment, would go a long way here.

Mobile Strike Review: So Much Busywork