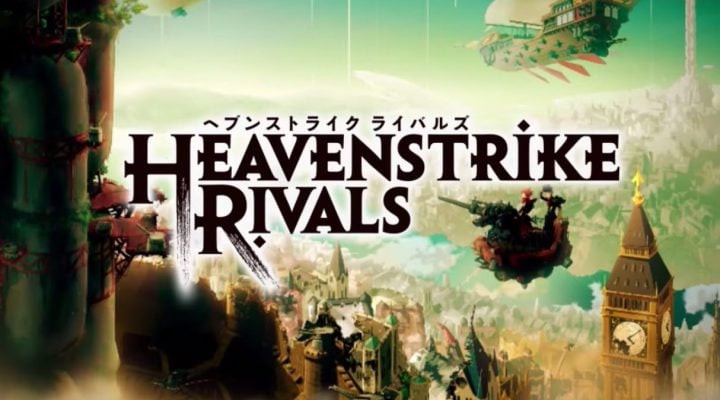 Strategic combat that's easy to learn and hard to put down

Plenty of character choices for your squad

F2P energy system can grate on the nerves

Mediatonic and Square Enix have joined forces to create a brand new mobile IP that transcends the familiar for both companies. While Mediatonic is typically known for games like its Amateur Surgeon, and Square Enix for the venerable Final Fantasy series, the two having combined their efforts to create a new title was bound to yield some interesting results.

The title borne of their union is Heavenstrike Rivals, a mobile-centric strategy RPG that seeks to roll up free-to-play machinations with the same kind of deep combat you can expect from the Final Fantasy series.

The result is a success, even if there are some less-than-ideal mobile game trappings it needs to be rid of. 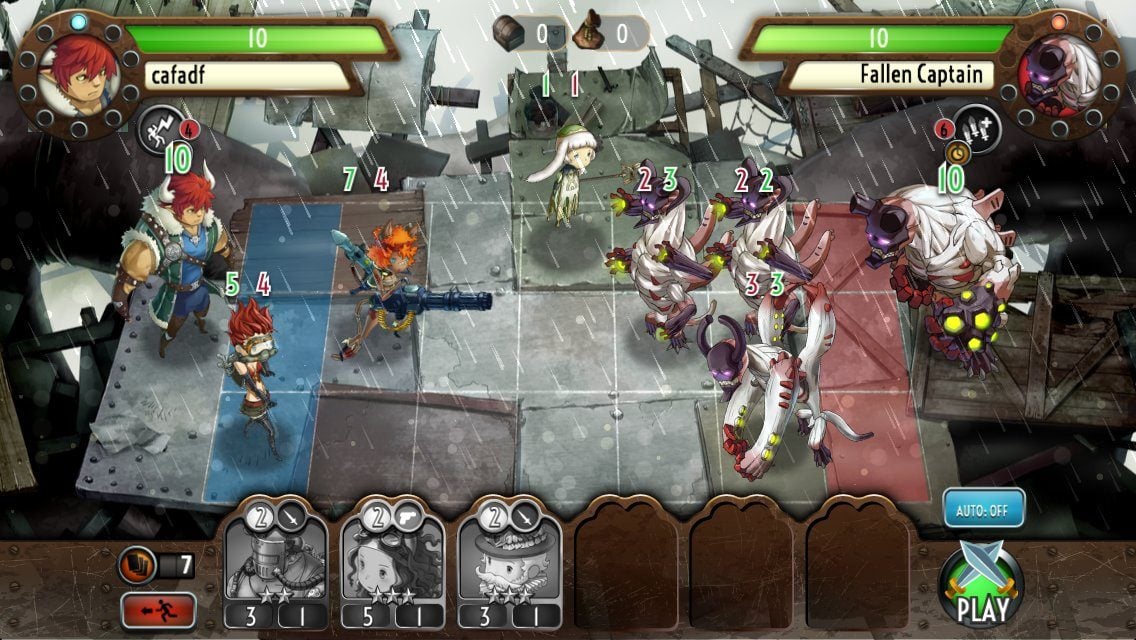 From the first moments of the game it will likely seem familiar; a callback to the handheld rhythm game Theatrhythm, from the artwork to the sweeping orchestral score. It’s a free-to-play strategy title that finds you drawing from a pool of over 200 characters that you can use in combat as you do your best to reclaim the kingdom of Lunnain. It’s been overrun by monsters, you see, and said monsters (the Fallen, as it were) will stop at nothing to completely claim the once proud and thriving kingdom.

This is one mobile RPG you’ll actually want to stick around and see the story through with, which took me by surprise as I made my way through several multi-tiered battles. You’ll pick and assign units on the battlefield using touch controls that feel right at home on your mobile device. This entails selecting and dragging units to place them on the grid that comprises the battlefield. Your units will then attack for you in a turn-based affair that plays out much like a Fire Emblem meets Final Fantasy style of combat.

After each battle, your units earn XP and gold, and they can be leveled up to power their stats even further. You’ll also collect things like crystals, which must be used to sort through and receive new squad members. There’s an enjoyable flow and autonomous feel to the battle that makes it an interesting play even when you realize that, like most other free-to-play titles, you still must succumb to the almighty energy system which refills over time.

It takes a hefty amount of energy (seeing a required 4 energy simply to start a mission) at regular intervals as you advance, and given the fact that you’ll want to move the story along as quickly as possible, it is a bit of a sticking point to have to wait when the game is divided into bite-sized missions that you’re more than encouraged to power through.

Regardless of how you might feel about its monetization, Heavenstrike Rivals truly shines in the presentation department. It’s absolutely gorgeous, with well-defined character art and a decidedly epic score that accompanies nearly every action going on in the game. Final Fantasy fans may well recognize the musical stylings of Ryo Yamazaki, or the character designs of Ryoma Ito, who worked on Final Fantasy Tactics Advance. 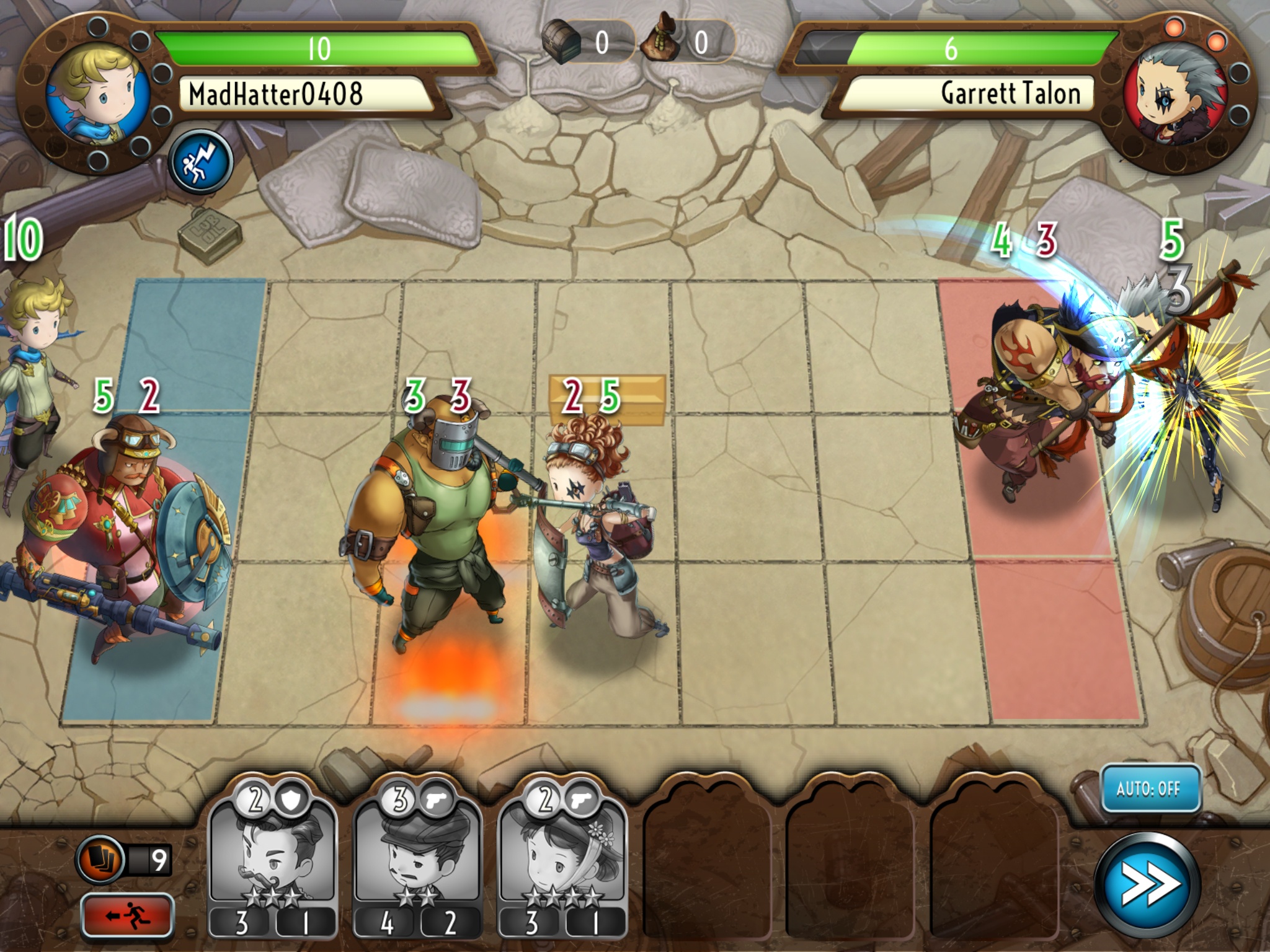 Unfortunately, the game does tend to feel at times like a package that could have been much more fully realized as a console or even a handheld title, especially given its often-recycled sound bytes for warriors (the same “Ah!” noise after a fighter is deployed can grate on the nerves) and some uninspired flavor text in battle.

Still, it’s a competent strategy title that fans of Final Fantasy and Japanese RPGs should be able to find something to like in, despite a smattering of IAPs and other F2P dressings that we’ve come to expect from the genre thus far. At the very least, you can certainly say this: It’s very pretty, and very fun.

Want to put your best foot forward when stepping onto that fighting grid? Be sure to read our Heavenstrike Rivals Tips, Cheats and Strategies.

Merchants of Kaidan: A Good Trade Off