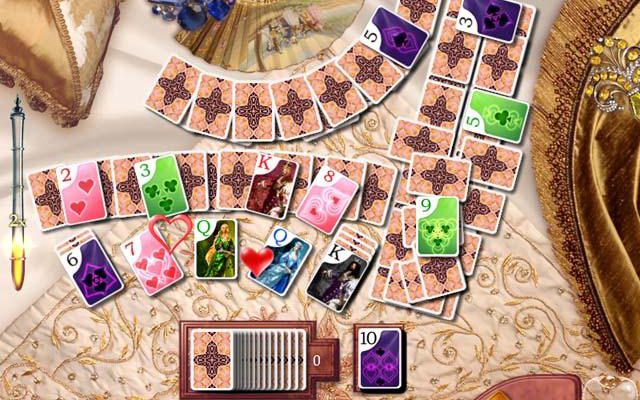 Like its predecessor, Heartwild Solitaire, Orchid Games’ Heartwild Solitaire 2 combines the card game of solitaire with a racy, passionate story of lust and revenge. While the gameplay is largely unchanged from the first outing, it’s the story — with its multiple branches and endings — that will keep you persevering through the sequel’s 250+ levels.

If you’ve played the first game then the main character of Heartwild Solitaire 2 will be familiar: it’s none other than the maid Binky, whose jealousy is peaked when her lover, the painter Ross, turns his eye towards a new mistress for artistic inspiration. The plot of this melodrama unfolds slowly, in tantalizing tidbits that are awarded for every 10 levels of solitaire that you complete.

As for the gameplay, it’s straightforward. There are hundreds of types of solitaire, but the one used exclusively by Heartwild Solitaire is a variation commonly called “mahjong solitaire.” Cards are arranged in stacks in various fanciful patterns, along with a draw pile and a holder pile. Your goal is to clear the board of as many cards as you can by moving cards to the holder pile. In order to move a card to the holder, it must be of a value immediately higher or lower to the drawn card, regardless of suit. (For example, a “3” can be followed by either a “4” or a “2.” 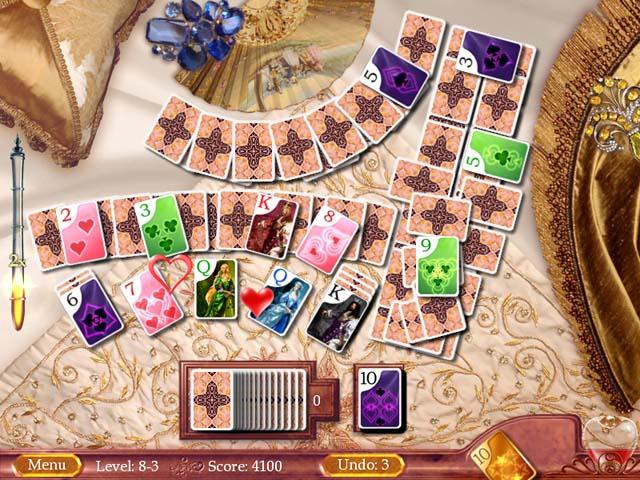 You don’t have to clear the whole table in order to advance, which is a good thing given that the odds of winning a random game of solitaire aren’t great. Instead, you score points for however many cards you’re able to clear, while cards left on the table earn you negative points. If your score is “0” or better, you’ll advance. If your score is negative, you’ll have to repeat the level.

There are a few bonuses and power-ups that you can use to boost your score, such as meters that add to your score if you click quickly or string together long, interrupted sequences. Power-ups include wild cards, cards that temporarily reveal hidden cards, and cards that allow you to replace the draw card with one of a different value.

Once every ten levels a Challenge level appears where there’s only one card in the draw pile. There are also bonus levels that involve having to memorize patterns of cards then recreate them on the table to earn more points. The Challenge levels are particularly fun and I for one wish there were more of them. 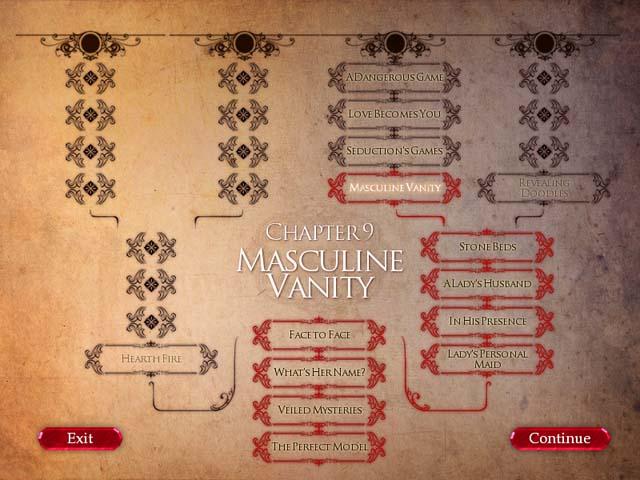 I do have a couple of outright nitpicks: since the cards aren’t always right-side up (as in Klondike solitaire, for example), it’s sometimes hard to tell a “6” from a “9” at first glance, especially when the pressure is on to click as quickly as possible to keep your multipliers going. I also wish there was an ongoing score tally as I played instead of only finding out after the level was over whether I had earned enough points to pass or not – which would obviously have influenced my decision about whether or not to use up precious power-ups.

In terms of graphics and gameplay, Heartwild Solitaire 2 is not any kind of leap forward from its predecessor. The impetus to keep going isn’t so much with the gameplay – which becomes repetitive over long play sessions and isn’t terribly challenging – but with the story. The game’s most interesting twist is that there are multiple branches to the story, which culminate in four possible endings. To see everything the game has to offer you’ll get to click your way through a whopping 280 levels. Given the sexual references in the story, the game is recommended for mature players.

Note: The version of Heartwild Solitaire 2 reviewed here is the Author’s Edition, which is available directly from Orchid Games. This version boats the original (and racier) unrated story and art, the ability to install extra levels and themes when they become available, and an online scoring system.