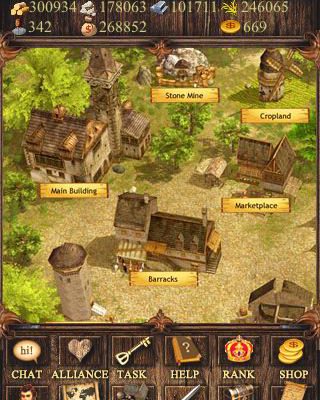 Haypi Kingdom is a strange game. It looks simple, it’s frequently boring, and it feels like it takes forever to make any real progress. But it’s also incredibly addictive. For all of its faults, of which there are many, Haypi Kingdom is a game that’s hard to put down for long. It seeps into your brain, and before long you’ll be checking back obsessively to ensure your kingdom’s continued prosperity.

When you first boot up Haypi Kingdom it doesn’t look like much. There are icons all over the top and bottom of the screen and a bland looking medieval city in the middle. It’s also strangely quiet. But don’t go playing around with the sound for too long, because there’s not much point: Haypi Kingdom doesn’t have any. No music, no sound effects, nothing. So it looks dull and has no sound. Not the best first impression. And to make matters worse, you’re provided absolutely no initial instructions as to what you’re supposed to do. You’ll instead need to jump into the help section of the game for a quick primer. 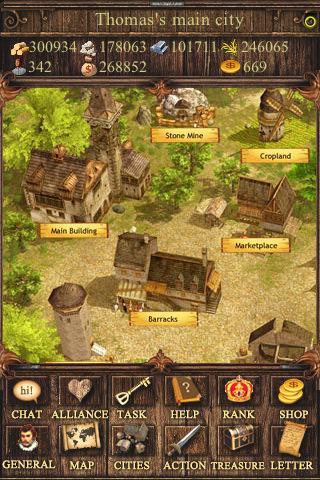 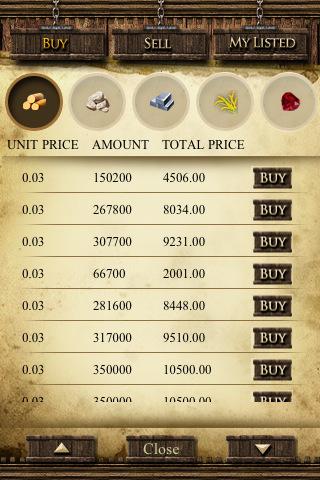 To get started you’ll need to complete a variety of tasks. In the beginning, these consist of small goals that let you get used to the interface and various ways the game works. Haypi Kingdom is, in a lot of ways, much like a city building social game. You have different buildings that produce resources like food and stone on a regular basis, and these resources can then be reinvested into improving your kingdom. You can upgrade buildings, research new skills and technology, train troops, and increase your population, just to name a few. And all of these actions take a certain amount of time to complete, so a lot of the game is spent waiting for things to happen.

But you can do a lot more than just grow crops and mine iron. As your kingdom becomes more powerful, you can begin to conquer surrounding areas, expanding your reach. And some of these are already inhabited by other real-world players. Haypi Kingdom is a very social game. You can not only compete with other players for land, but also team up with them to form powerful alliances. There are plenty of ways to interact with other players, including a persistent (and often annoying) live chat, so it’s easy to forge relationships. You can even buy and sell items with other players in a real live market.

And that’s just scratching the surface. Because as simple and, frankly, boring as Haypi Kingdom initially appears, it’s actually very deep. There’s simply so much to do in the game. But the progress is slow and it’ll be a while before you actually get to see what’s so appealing. It’s an experience that rewards patience and thoughtful planning.

The presentation of Haypi Kingdom is utilitarian: it doesn’t look all that great, but it gets the job done. And that’s indicative of the game as a whole. It’s far from flashy, and it can be painfully slow. It also doesn’t hold your hand, so it’s up to you to figure out just how things work. And that makes the game surprisingly satisfying. It takes a lot of work to build up a powerful kingdom. And for those with patience, it’s worth it.