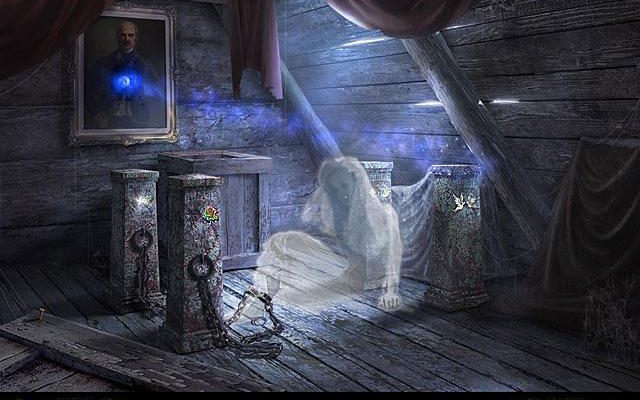 Haunting Mysteries: The Island of Lost Souls has an interesting story, but the gameplay isn’t without flaws

Haunting Mysteries: Island of Lost Souls throws you into the world of paranormal adventure in a fairly standard hidden object game setup. You’ll travel throughout the game’s many dark, gloomy locations, interacting with ghosts, completing hidden object scenes and puzzles, and trying to ensure your own escape along the way. The storyline here is clichéd yet interesting, and the ease of difficulty should be a welcome element for those looking for an enjoyable way to spend an afternoon.

Island of Lost Souls takes place in Northern Scotland, where your plane crashes into the waters next to an abandoned lighthouse. As you investigate the lighthouse and surrounding environments you’ll meet ghosts aplenty, trapped on the island by the spirit of Lord Neville, a psychopath in both life and death that has caused a curse to hover over the land. 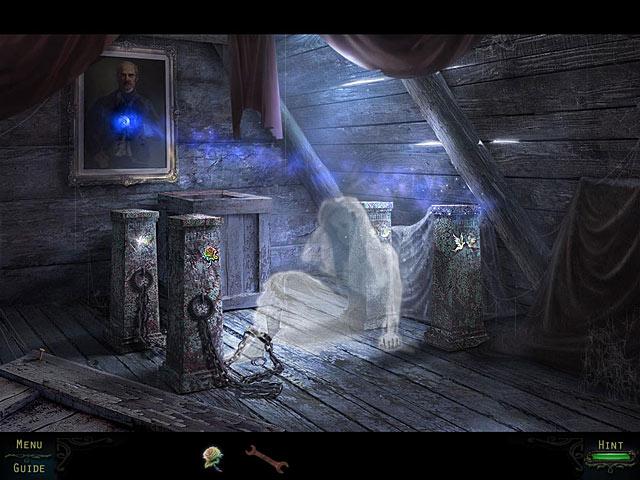 In life, Lord Neville became obsessed with a young woman named Lillian who refused to ever offer him her hand. On her wedding day to her childhood sweetheart, Lord Neville killed the groom, the bride and himself, refusing to allow Lillian to ever be free – even in the afterlife. You are the island’s seemingly final hope, as you must free individual spirits, reunite lost lovers and escape the island with your own life intact.

The gameplay here is fairly standard, and perhaps a bit too easy on the game’s casual difficulty level. The linear gameplay allows for some backtracking, as you may repeatedly complete the same hidden object scene multiple times (with all of your previously found items returning), only to receive a single item that can be used elsewhere each time you play. The voice acting when speaking with ghosts is nicely done, and the graphics also shine in these cutscenes, with ethereal glows and clouds of smoke that accent a scene. Conversely, some of the environments themselves are blurry and even ugly with no fine details to speak of.

Most hidden object scenes find a sort of middle ground in terms of graphics, as hidden objects themselves may be crisp, but the backgrounds they rest upon are blurry, allowing you to blind click on anything that looks out of the ordinary to rapidly find most items in every scene. This is both a positive and a negative, depending on your viewpoint and your desire for difficulty or consistency. For the few items that are truly hidden within these scenes, you may have to resort to the game’s hint meter, which fortunately charges rather quickly. 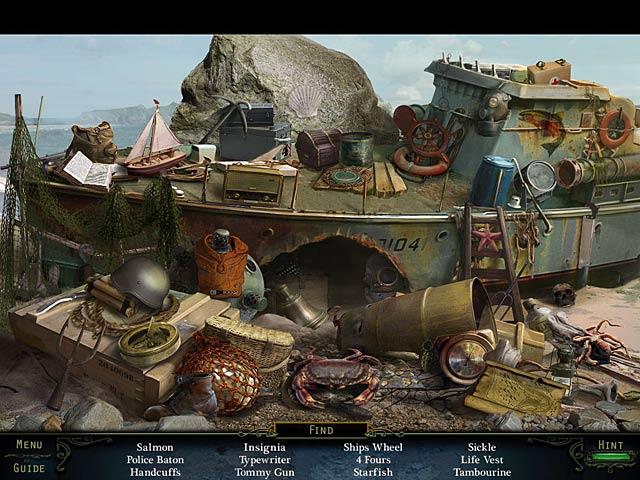 As for the game’s puzzles and mini-games, these are the genre’s fairly standard offerings in terms of tile sliding or jigsaw puzzles. When a puzzle with some true variety does appear, these often come with too little in the way of instructions, even to the point of forcing you to look at the in-game guide for a clue as to the solution and how to get there.

It’s unfortunate that so many elements of Haunting Mysteries: Island of Lost Souls are inconsistent, as the storyline (even for its clichéd setup) is rather interesting and the gameplay itself has an enjoyable flow once it really gets going. With more attention to detail, Island of Lost Souls could have been so much more than an average experience, but unfortunately, what we’re left with ultimately is.